I use salary sacrifice so do I need to claim back my pension tax relief?

I’m a little confused about pension tax benefits and who should claim any additional tax relief – me, through my HMRC self-assessment, or is it done directly by my pension company?

At present, I have a defined contribution pension where my company contributes around £1,000 per month and I make a salary sacrifice and pay approximately £2,000 per month.

My £2,000 is ‘bundled’ with the company contribution and sent directly to the pension company from my ‘gross’ salary. 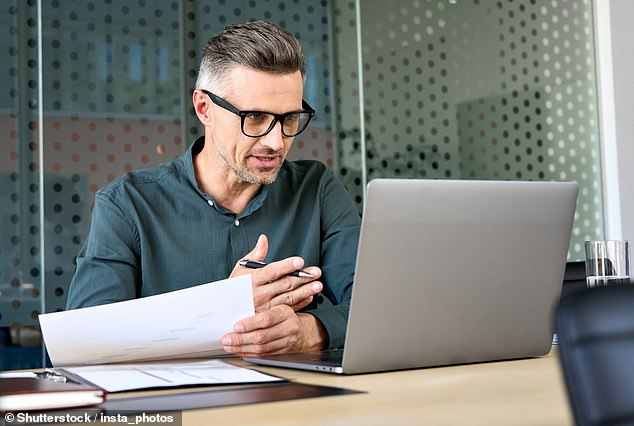 Pension question: I use salary sacrifice so do I need to claim back my tax relief or does my employer?

As a 40 percent plus higher tax payer I know the additional tax relief can be claimed back but as it’s sent directly is this then done at the source meaning no need for me to try to claim the relief via self-assessment?

Steve Webb replies: One of the attractive features of saving into a pension is that you get tax relief on your pension contributions. The amount of tax relief you receive depends on the amount of money you contribute and on your income tax rate.

I will start by explaining the two main ways in which tax relief is delivered before dealing specifically with your question about people who make a ‘salary sacrifice’ to pay their pension contributions.

How is tax relief paid into your pension?

The simplest arrangement is known as ‘Relief at Source’. This is the approach usually used for contributions to a personal pension but is also the approach used by the Government’s NEST scheme.

Under the RAS arrangement, you pay money into a pension out of your take-home pay. Once the money lands in your pension account, HM Revenue & Customs pay in a top-up equivalent to basic rate relief.

So, for example, if you pay £80, HMRC will add £20, giving you a total of £100. This means that the RAS system gives everyone (including nontaxpayers) tax relief at the basic rate without further action on their part.

For a higher rate taxpayer, an additional slice of tax relief can be claimed, and this is done through the annual tax return process.

In the example given above, £100 in total has been added to your pension fund. But a higher rate taxpayer paying at 40 percent should have had 40 percent relief on this gross amount, or £40 in total.

But so far HMRC has only paid £20. So the saver needs to fill in a tax return to claim back the other £20.

Note that the first £20 is paid by HMRC direct to the pension fund whereas the second £20 comes back to the saver as a tax refund.

There is some evidence that a lot of higher rate taxpayers are failing to claim this free money.

Anyone who is a higher rate taxpayer and pays money into a personal pension and has never filled in a tax return may well be missing out on a significant tax refund.

The other main way in which tax relief is delivered is known as the Net Pay Arrangement, and this is the main route used for occupational pension schemes, including most public service pensions.

In a net pay scheme, your pension contributions come out of your pay packet before any tax is deducted. This means that you immediately get full tax relief on your contribution.

For example, suppose that you want £100 to go into your pension fund. Your employer would pass the full £100 to the pension scheme, and this would reduce your taxable income by £100.

As a result, your tax bill would fall by £40. The outcome is that £100 has gone into your pension but it has only cost you £60 in terms of your take-home pay.

What if you are signed up for salary sacrifice?

In your case, you have entered into a ‘salary sacrifice’ arrangement with your employer. As you know, this means that you have agreed to take a pay cut in exchange for your employer putting an additional amount into a pension on your behalf.

One major reason why firms offer salary sacrifice is that it saves both them and your money via reduced National Insurance contributions. If they pay you a wage then this is subject to employer and employee NI contributions.

But if you take a pay cut and the employer puts the money saved into a pension then no NI is due on this slice. With regard to your tax position, you have already received full tax relief at the 40 percent rate and do not need to claim anything further.

The reason for this is that what you have done is similar to the ‘net pay arrangement’ described above. The salary sacrifice deal means that your taxable pay has been reduced, with the employer paying this money directly into a pension instead.

Salary sacrifice arrangements can be used regardless of whether schemes are operated on a ‘relief at source’ or ‘net pay’ basis.

However, when you do salary sacrifice in a RAS scheme you are in effect turning it into an NPA one as it affects you because suddenly all the contribution is coming from the employer with therefore no top-up from HMRC because full tax relief has been included already.

So that means in your case, whatever scheme you are in, you, therefore, do not need to take any further action.

Former Pensions Minister Steve Webb is This Is Money’s Agony Uncle. He is ready to answer your questions, whether you are still saving, in the process of stopping work or juggling your finances in retirement.

Steve will do his best to reply to your message in a forthcoming column, but he won’t be able to answer everyone or correspond privately with readers. Nothing in his replies constitutes regulated financial advice.

Published questions are sometimes edited for brevity or other reasons.

If Steve is unable to answer your question, you can also contact MoneyHelper, a Government-backed organization that gives free assistance on pensions to the public. It can be found here and its number is 0800 011 3797.

Steve receives many questions about state pension forecasts and COPE – the Contracted Out Pension Equivalent.

If you are writing to Steve on this topic, he responds to a typical reader question here. It includes links to Steve’s several earlier columns about state pension forecasts and contracting out, which might be helpful.

Lexington Public Adjusters is a team of licensed public adjusters ready to represent policyholders following damage to their property such as fire, flood, and other disasters.