‘I was devastated!’ My Kitchen Rules star Manu Feildel admits he missed out on hosting Masterchef

‘I was devastated!’ My Kitchen Rules star Manu Feildel claims he missed out on hosting Masterchef after Ten bosses were put off by French accent

He is the French foodie who is one of the Seven Network’s biggest stars.

But My Kitchen Rules’ Manu Feildel has revealed he was left ‘devastated’ after losing the chance to host Ten’s Masterchef in 2009 – because network bosses didn’t like his accent.

Speaking to news.com.au on Sunday, he said: ‘At the time to miss out on MasterChef was very disappointing.

‘I was devastated!’ Speaking to  news.com.au on Sunday, My Kitchen Rules star Manu Feildel claimed he missed out on hosting Masterchef after Ten bosses were put off by French accent

‘They had invited every chef on the planet and I got so far and got to the last audition.’

The 44 year-old added: ‘My French accent had been a good thing until that day. [It was] devastating.’

Manu eventually lost out to current star Matt Preston but the following year, Seven took a gamble on the charismatic Frenchman with a starring role on My Kitchen Rules. 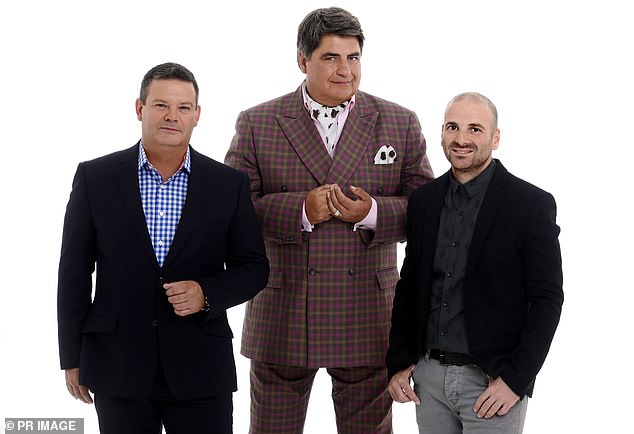 What could have been? Manu eventually lost out to current star Matt Preston (centre) pictured with George Calombaris (right) and Gary Mehigan (left)

Meanwhile, the revelation comes after Woman’s Day reported Manu might be saying au revoir to the show after the latest season wraps up.

The chef has sparked fears that he may be quitting the program as he’s expecting a ‘new baby’ with wife, Clarissa Weerasena, an insider told the magazine this month.

‘A lot of contestants kept asking him whether or not he was going to have another baby. Babies were a hot topic around the table,’ the source explained. 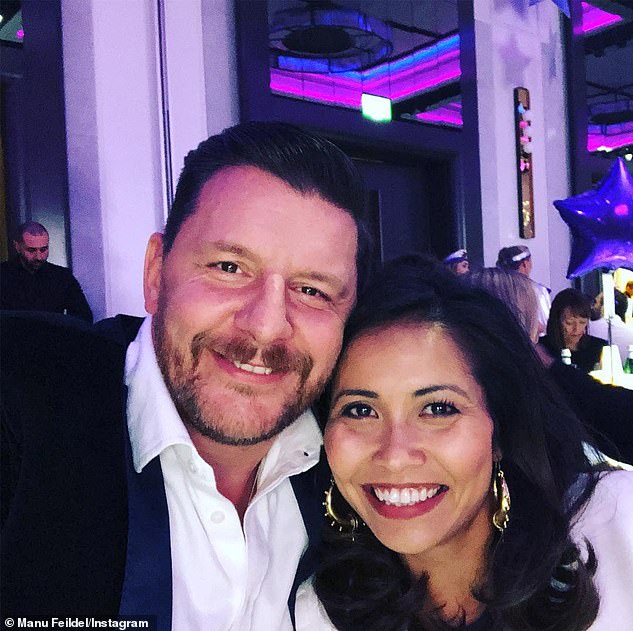 ‘He wouldn’t give a definitive no!’ Last month, the 44 year-old sparked rumours he might QUIT the Channel Seven cooking series as he’s expecting a ‘new baby’ with wife Clarissa Weerasena

‘Manu wouldn’t give a definitive no, which got everyone convinced a new baby could be on the way. Manu is always gushing about his wife and kids. He’s a real family man,’ the insider claimed.

The smitten pair married in a secret ceremony in late January last year.

The wedding featured Manu’s 14-year-old son, Jonti as a groomsman and the couple’s three-year-old daughter Charlee as flower girl.