‘I was resuscitated six times in the operating theatre’: Chris Mears

In a sport where the aim is to make the smallest ripple possible, Chris Mears spent a hefty chunk of the past 20 months tormented by the thought that he would never make a big wave again.

His anxiety boiled down to a fear that nothing he does from here on in could live up to what he achieved as a 23-year-old, when he won Olympic gold in the diving pool at Rio 2016.

For a while, that classic athlete’s riddle had him stumped. It even had him thinking about quitting altogether. 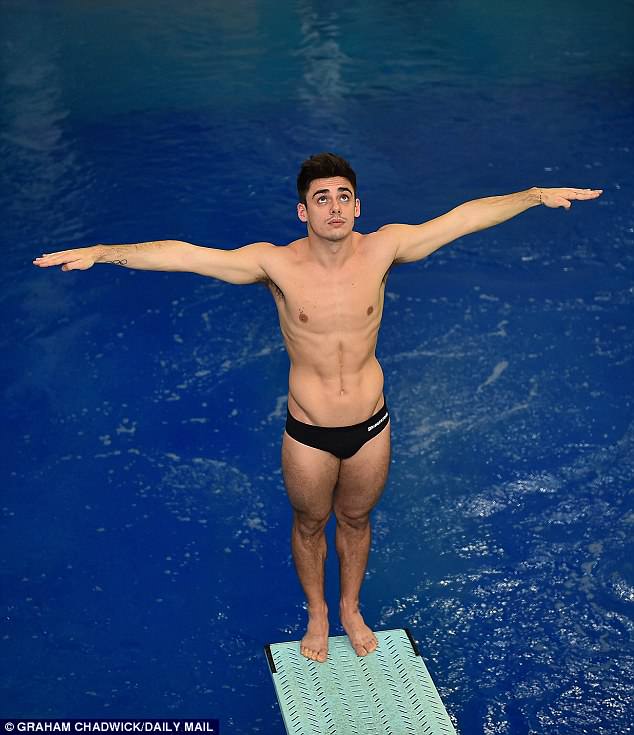 ‘Outwardly, a gold medal looks positive and it really is, but it was so hard to fathom where to go next,’ he told Sportsmail. ‘You ask yourself, “When I achieve something greater than I expected, what am I going to do now? Is that the best I will ever feel in my life, at 23?”

‘I didn’t like that feeling of not having anywhere else to go — 2017 was a year full of anxiety, dread, not quite depression but being deflated. I was a bit passionless. That was the first time in my life I felt that.’

Today, as the 25-year-old prepares to defend his 3m synchro title with Jack Laugher at the Commonwealth Games, he has made it out of the post-Olympic blues. Therapy helped, as did the realisation that he loves collecting gold too much to stop. It is simply what he and Laugher do — European champions, Commonwealth champions, Olympic champions. 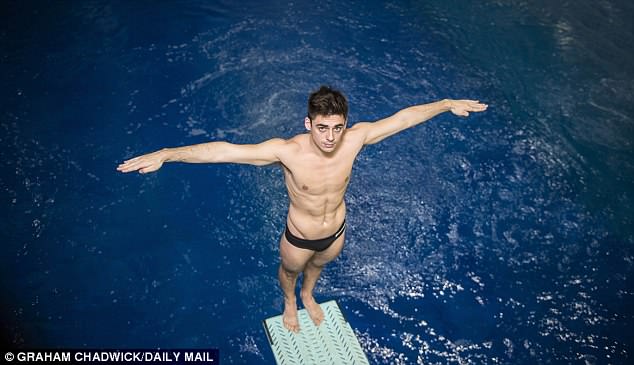 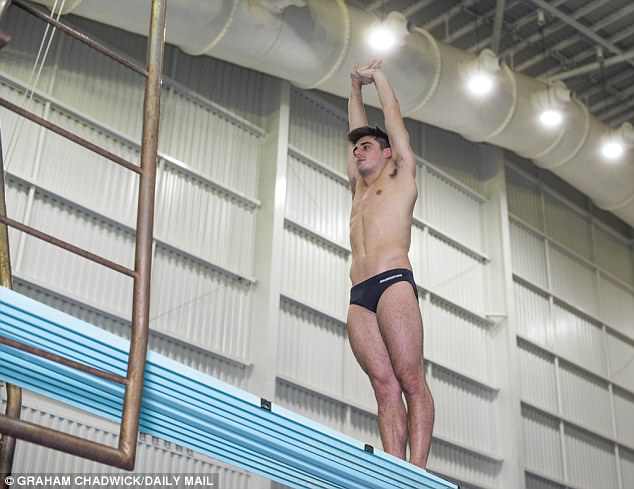 If all goes to expectation on the Gold Coast across the next fortnight, they will have another piece and with it Mears will continue his cycle of hardship-success, difficulty-reward, disaster-triumph. It is the pattern of his life, one encapsulated by two tattoos a few inches apart on his left hand.

On the index finger is an image of Christ the Redeemer, the colossal statue that looks over Rio de Janeiro, where Mears had his golden Olympic summer. A few inches higher, a series of dots are inked around his left wrist, spelling out the name of his mother, Lorraine, in Morse Code. She died of breast cancer when Mears was three.

‘What happened with her has shaped everything else with me, it’s a pushing on against adversity kind of thing,’ he said.

To that end, it is fitting these Games are taking place in Australia, where he faced his greatest difficulty to date. It was in 2009, down in Sydney, that Mears nearly died while competing at the Youth Olympic Festival as a 15-year-old. 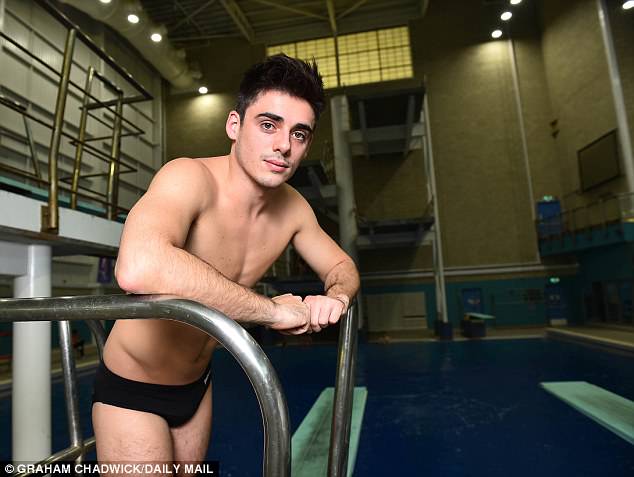 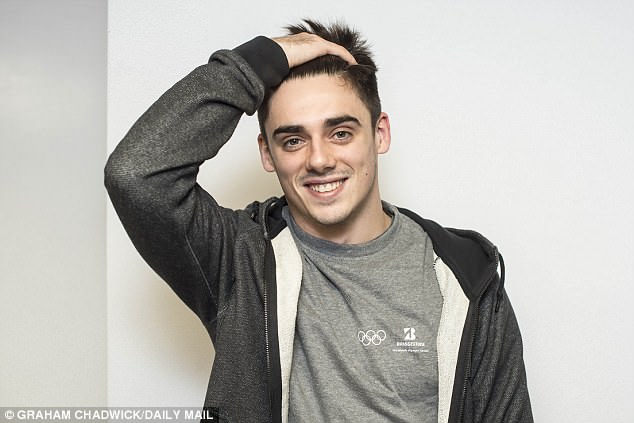 He had contracted glandular fever and barely noticed any symptoms beyond minor swelling around his neck. Then, as he prepared to head to the pool for his first day of competition, his spleen ruptured.

‘Have you ever had a sharp pain somewhere when you think, if that doesn’t go away in the next three seconds you are in big trouble?’ he said.

‘It was like that except it didn’t go away. Next thing I know, I am on the floor and people are all around me and shouting. This is literally a few seconds after the pain started.

‘My skin had gone ridiculously sensitive because I had lost a few litres of blood internally and I couldn’t see anything except very bright light. I really thought it was the end.’ 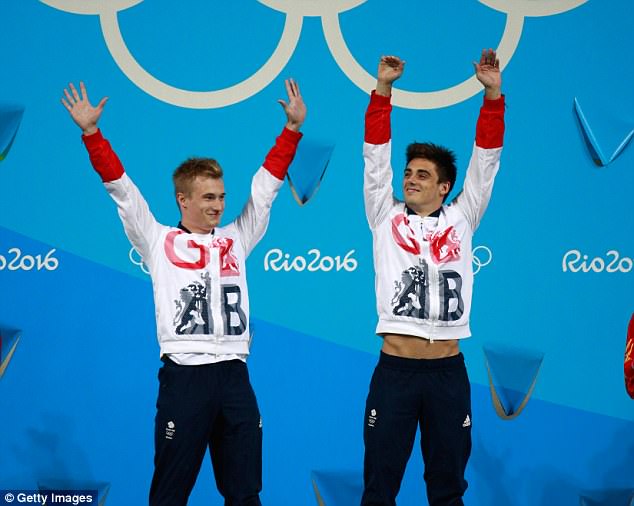 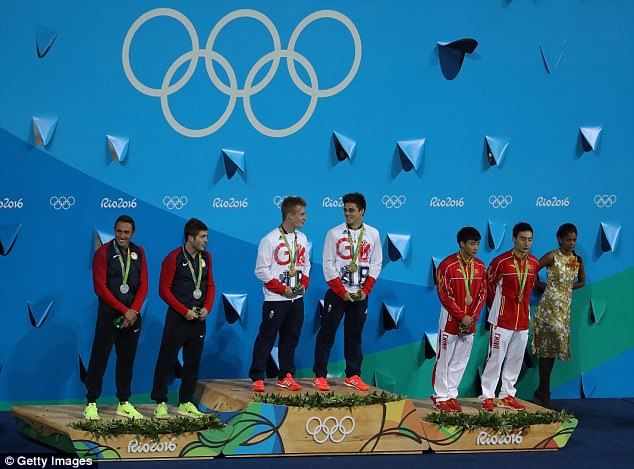 His life was saved in hospital, where he was resuscitated six times in the operating theatre, but a month later he was re-admitted. ‘I had a seizure and even now I don’t understand why,’ he said. ‘The seizure lasted six or seven hours and the doctor induced me into a coma. My parents were told not to get their hopes up.’

He was given a five per cent chance of survival.

‘Without that episode I don’t think I would be an Olympian, let alone champion,’ he said. ‘I was a reckless teenager, wasn’t trying at school and I was just messing about with diving. I did a lot of growing up in the hospital — it really focused my life.

‘I have had a few hard things, like with my mum as well, but I’ve got this drive in me to just keeping pushing on now.’

When he stops pushing himself off boards, the aim is to switch to music. He is already signed to a label, shares a manager with singer Nicole Scherzinger and commits upwards of 20 hours a week to song writing and producing.

‘It’s my passion. When I finish with diving, that’s what I’ll be doing,’ he said. ‘But that can wait. I’m just happy to be motivated and in the pool again.’

Chris Mears is an ambassador for Chase Your Dream, No Matter What, Bridgestone’s Worldwide Olympic partnership campaign in the UK. For more, visit: www.nomatterwhat.uk.com