I was suicidal – but becoming a Drag Queen saved my life

Alin had never imagined himself doing drag, but when a queen was too sick to perform, he took to the stage.

That’s when Dys Alexia – his drag persona – was born.

‘Dys Alexia is the version of myself I’ve always wanted to be, if insecurities and shyness didn’t exist’, he tells Metro.co.uk.

‘Armed with a full-face of make-up and a rather fabulous corset, I took a deep breath and stepped onto the stage, where I threw myself into doing funny lip syncs.

Alin Birjan, 21, from Romania, had never imagined himself doing drag, but when a queen was too sick to perform, he took to the stage

‘As everyone laughed along with me, my whole skin tingled. I was in my element.’

Since then, his drag career has taken off, with Dys Lexia and his fellow queen and partner, Linda Gold, going on tour and launching a drag artist collective, FunnyBoyz.

It was Linda – real name Michael – who introduced Dys Lexia to the industry.

‘After our first date, Michael had something to tell me. “There’s something you should know straight away,” he said. “I’m a drag queen.” 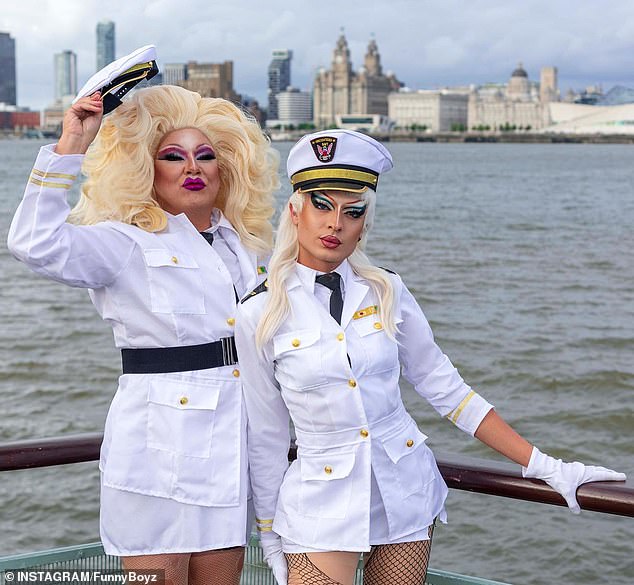 It was Linda – real name Michael – who introduced Dys Lexia to the industry after revealing on their first date the was a Drag Queen (left, Linda, and right, Dys) 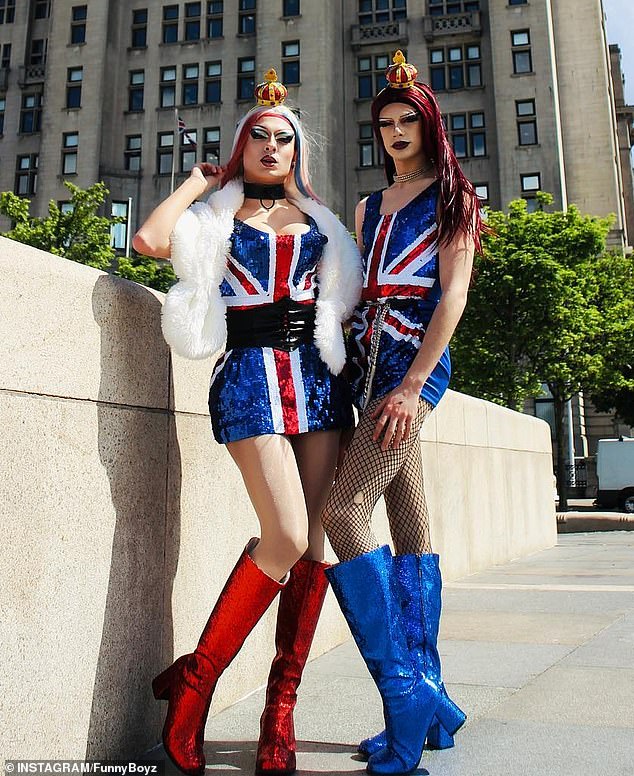 Since then, his drag career has taken off, with Dys Lexia and his fellow queen and partner, Linda Gold, going on tour and launching a drag artist collective, FunnyBoyz (pictured left, with a fellow Queen)

‘I looked at him blankly. I hadn’t even heard of the phrase before.’

Alin had grown up in Romania where he was bullied for being ‘different’. Other children would follow him around, call him names and spit on him.

These taunts marked the start of Alin’s journey with poor mental health.

‘As my thoughts and world darkened, I thought there was no other way, but to take my own life.

‘One night, aged just 14, I attempted suicide. It was only as I started to feel sick and panicked that I may not die, but instead be left with brain damage, that I told Mum and she rushed me to hospital.’ 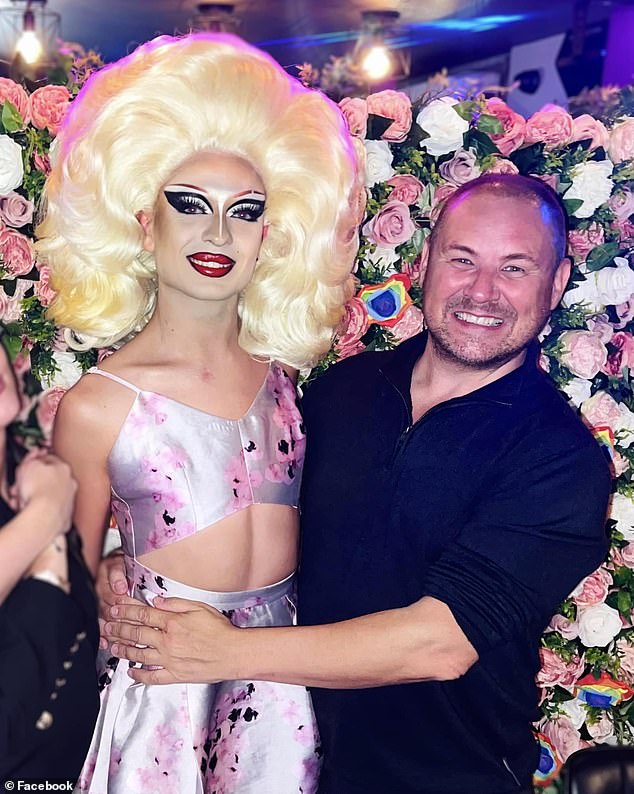 Alin attempted to take his life once more before his mother suggested he move to the UK to live with his aunt.

In Romania, Alin felt like he ‘might not survive much longer’, but in Manchester he began to make friends and ‘started to smile’.

That smile turned into a grin the first time Alin went on stage as Dys Lexia.

‘When I looked in the mirror at the bold make-up, my eyes sparkled. I fell in love with the person I saw there.

‘I thank Michael – and Linda – for saving me from my past dark life and bringing me into a bright, colourful future.’ 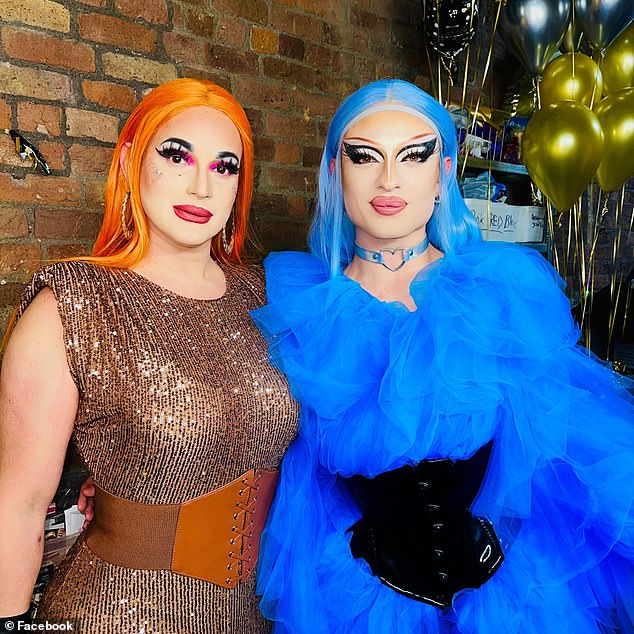 Meanwhile Alin also revealed he has ‘fallen in love’ with himself when he is wearing drag (pictured right, with a friend)