‘I WILL go off this bridge!’: Tragic final Facebook post of woman, 32, who fell to her death

A woman who died after falling from a bridge had been escorted from the spot just hours earlier by police.

Claire Prince was hit by a vehicle after plunging onto the motorway six hours after officers took her to hospital.

The 32-year-old died at the scene after being found on the M52 on the Wirral, Merseyside, yesterday morning.

Minutes before her death she shared a post on Facebook that read: ‘I WILL go off this bridge. See ya.’

Claire Prince – pictured above with her boyfriend of 10 months, Sean Good – shared the below Facebook post minutes before she plunged to her death

Grieving boyfriend Sean Good, 33, told the Liverpool Echo she was the kindest person he’d ever met.

Calling her a ‘second mum’ to his daughter, he told how he wished he could have explained to her ‘how much everyone loves her and that no-one wants to see her hurt’.

Police first attended the bridge close to junction 4 on Monday evening after receiving a report of concern for safety of a woman. 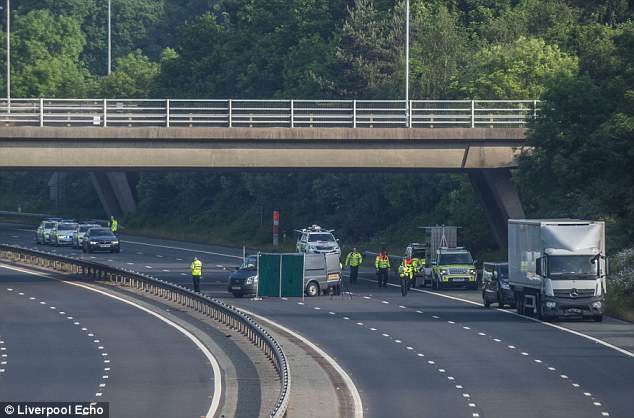 Police originally attended the bridge around 6pm on Monday evening, escorting Ms Prince to hospital, only for officers to return to the scene later

Officers escorted picked her up and took her to Arrowe Park Hospital for an assessment.

But at about 12.55am the following morning police received reports a woman had fallen from the same bridge.

Ms Prince, who was from Bebington, could not be saved by emergency services at the scene.

Her boyfriend of 10 months, Mr Good said she had been ‘struggling to cope’ with depression. 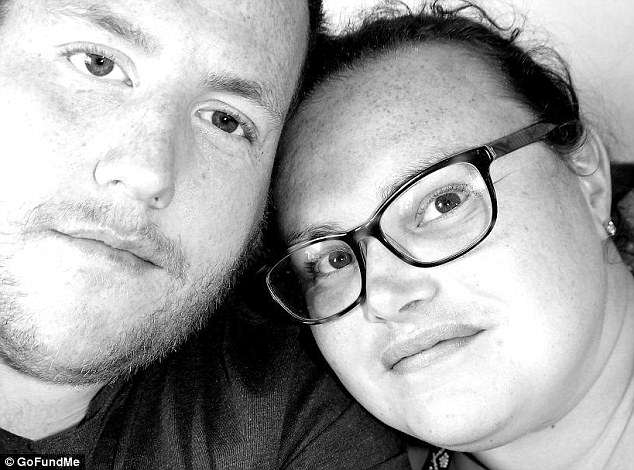 He set up a GoFundMe page for his girlfriend’s family to help them pay for her funeral costs.

Mr Good explained on the page: ‘I want to raise money to help her family. Claire was a lovely human who would do anything for anyone please help support this cause.’

Police closed the motorway in both directions between Beington and Eastham for about 12 hours as they police investigated.