‘I will order the Navy to replace Channel ferries’: Defence Secretary Gavin Williamson invokes Dunkirk spirit for a No Deal Brexit

The Royal Navy could be pressed into action to ferry vital supplies across the Channel in the event of a No Deal Brexit, Government sources have told The Mail on Sunday.

According to a secret contingency planning document which was circulating around Whitehall last week, Transport Secretary Chris Grayling has failed to increase the ferry capacity between the UK and France by the 20 per cent required to ‘avoid a threat to life and limb’.

Mr Grayling signed £108 million of contracts in December with new ferry companies in an attempt to ease the pressure on Dover if the UK leaves the EU without a deal and the main ports are too gridlocked for enough food, water and medical supplies to get through to the UK.

But the document states that his ferry contracts have only increased capacity by 8 per cent.

A Government source said: ‘Its not enough. We are particularly worried about radioactive isotopes for cancer treatments, which have a short half-life’.

It is understood that Mr Williamson, whose offer to provide military contingency planners to Mr Grayling was turned down last July, has said that he can provide whatever ships can be spared by the Navy to help Mr Grayling.

The MoD has four Point class roll-on/roll-off sealift ships available for use as substitute ferries – but only one is currently in UK waters. The others are in the Suez, the Mediterranean and the Falklands. Mr Williamson has also placed 3,000 military personnel on standby.

Earlier this year, Mr Grayling defended giving a ferry contract worth almost £14 million to Seaborne Freight, despite it never having run a Channel service. The firm was accused of copying part of its website from a takeaway firm’s. 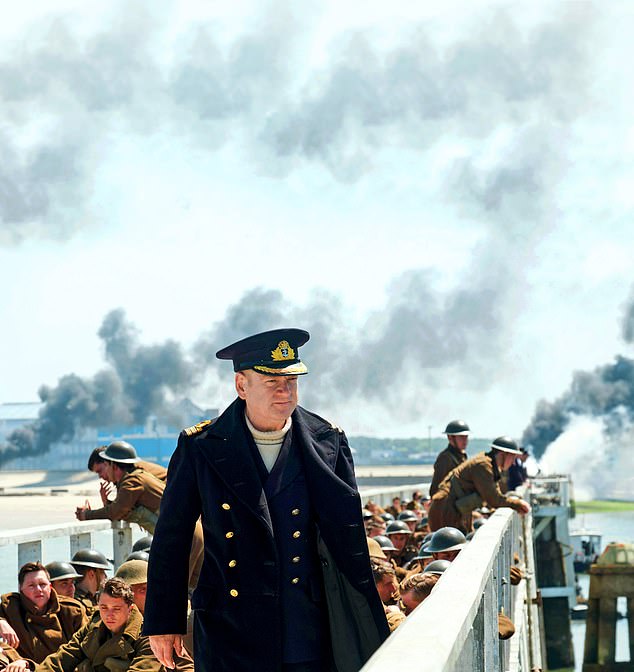 Sir Kenneth Branagh in the film Dunkirk about the evacuation of Allied forces in 1940. Gavin Williamson has invoked the spirit of Dunkirk to solve the ferry problem in the event of a no deal Brexit

Mr Grayling says that the plan would ‘take a little bit of pressure off the Channel ports in order to make sure that we can get essential supplies for organisations like the NHS into the country’ if there were jams at the ports in Kent.

He said: ‘I remain quite optimistic now that the flow of traffic through the Channel ports will carry on relatively normally even in a No Deal Brexit. But people would expect us to be ready’.

It comes as a senior Foreign Office source has described a mood of ‘disbelief and desperation’ in Foreign Secretary Jeremy Hunt’s department over Brexit preparations.

The source said: ‘There is a perception that because Ministers can’t travel and the PM is not really interested in world affairs, the UK is disappearing off the world stage… If only we had some clear guidance to work towards or a clear objective. But that is absolutely lacking.’

A Transport Department spokesman said: ‘The Government remains focused on securing an agreement with the EU, however it is only sensible that we prepare for all possible outcomes.’