Back in those far off days before the internet consumed our world, a teenager from New York launched a website hooking up his fellow Harvard students. It was an instant hit, quickly signing up 4,000 users.

A few weeks later this curly-haired geek marvelled to a friend that so many people had handed over personal data to use his fledgling social network site. ‘People just submitted it. I don’t know why. They trust me,’ he said. ‘Dumb f***s.’

Fourteen years later this site has an incredible 1.4 billion users each day. Facebook is a media behemoth that bestrides the planet, making its founder Mark Zuckerberg one of the world’s richest and most influential individuals.

Yet Zuckerberg stands accused of showing the same contempt to his customers after exposing 50 million users to a researcher harvesting information and passing it on to a private firm allegedly to aid Donald Trump’s campaign. But this scandal goes much deeper than one rapacious company and one unruly election.

For the issues raised could not be more profound. Suddenly we are seeing how the explosion of a new technology threatens the very essence of democracy.

The internet, often a force for good, has disrupted one industry after another. Now it is disrupting politics – and we are all paying the price.

Democracy is based on the beautiful ideal that everyone’s vote is equal. Yet just as we need constant vigilance to protect it from corruption by cash, we must protect it now from malign forces that use data to manipulate voting for their own ends.

Go back to Zuckerberg, so puffed up with self-importance that he was presumed to be preparing to stand for president himself. Data is the source of his great wealth. Facebook, like other internet giants, hoovers up all the information on its site, which can then end up in the hands of other firms.

Remember that if something is free, you are the commodity.

Your family pictures, your friends, your postings, purchases, movements, your likes and links are valuable goods that send signals to anyone seeking to sell products – or politicians and populist causes.

This data is used by firms such as advertisers and retailers – plus snake-oil salesmen such as Alexander Nix, the suspended boss of Cambridge Analytica, who apparently saw a way to make money by subverting democracy. These consultancies analyse the data, using it to target people for politicians – who tend to be woefully ill-informed about this brave new world emerging so fast before our eyes but recognise the importance of a new form of communication.

This idea is not intrinsically wrong. But the methods they use focus relentlessly on the small groups of voters who swing elections.

And they rely on inflaming emotions – not cool facts or clever policies – by using simplistic messages designed to exploit deep fears and angry fissures in society.

This debases democracy, demeans politics, fuels extremism and encourages nasty personal attacks. The beneficiaries are those that shout loudest, such as Donald Trump with all his constant attacks on ‘crooked Hillary’ and ceaseless lying.

It aids the spread of fake news and falsehoods, such as the influential claim Brexit would benefit the NHS with an extra £350 million a week when it has ended up hurting the economy and slowing growth. 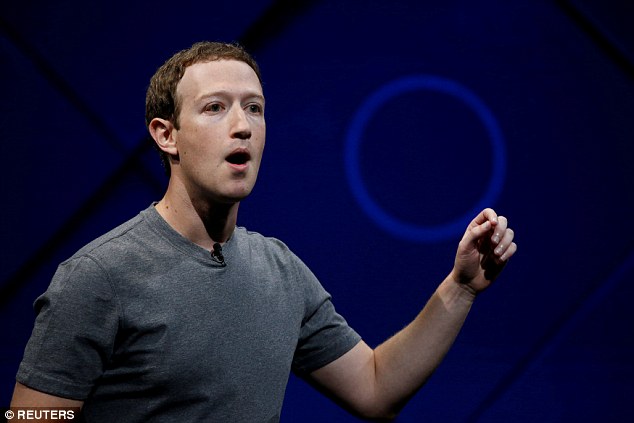 Columnist Ian Birrell writes that Zuckerberg is so puffed up with self-importance that he was presumed to be preparing to stand for president himself.

The legacy of such tactics is clear to see: a reality television star in the White House who is terrifyingly unfit for the top job; hard-Right populism surging across Europe – and the damaging divisions seen in Britain after the Brexit ballot.

Big data firms such as Facebook do not decide elections but, free from regulation and immune to scrutiny, they are polluting the process.

Even if you do not subscribe to some of the wilder allegations that have emerged in the past week, just look at the way online anonymity allows Russia to stir divisions in democracies.

It was no surprise to find troll factories funded by pals of President Vladimir Putin pushing Brexit and Trump, along with other divisive nationalists across Europe. They do so in a bid to weaken the foundations of Western democracy, and the precious freedoms that come with our fragile political system.

Nor is it just Russia that seeks to exploit big data. For a truly terrifying glimpse of a future unfolding before our eyes, take a close look at China. In five weeks’ time the Communist Party will stop fare dodgers, fraudsters and anti-social smokers from travelling on trains and planes.

This move marks the major roll-out of an Orwellian system of state control called ‘social credit’ that makes abuse of Facebook data look like child’s play.

Using information harvested from all official records and billions of daily online transactions – from chatting with friends on social media through to consumer dealings – China’s leadership is ranking the behaviour of its 1.4 billion citizens.

By 2020 everyone will be snared in ‘networked authoritarianism’ that forces them to conform, or face punishment that leaves them barely able to function in a modern society.

Those deemed decent will be rewarded with cheap goods, access to credit, priority use of state services and free movement.

But those failing to behave as ordered can be frozen out of the best schools, stopped from getting mortgages and barred from travel.

As the country moves rapidly ahead with facial recognition technology, blanket use of surveillance cameras and artificial intelligence linked to this chilling system of control, critics fear we are seeing the dawn of a dystopian digital dictatorship.

This is not science fiction. Big Brother is arriving in Beijing, assisted by the internet. And it is a model other repressive regimes will emulate in a world witnessing what experts call ‘democratic recession’.

That is why we must be on guard to protect ourselves. For all the great technological innovations of the past decade, we are still in the infancy of the internet age, and the true potential that it has to shape our lives.

The lessons from the past week are clear: that data equates to power in this emerging and interconnected world – and that dark forces can manipulate it with devastating effects.

Until now our politicians simply simpered at Silicon Valley or seemed impotent, even as internet giants demonstrated their disdain for the rest of us by refusing to pay their fair share of taxes.

Now our leaders must fight back with firm regulation to protect against such corrosive forces. Personal data must be better protected, firms such as Facebook forced to behave and transparency driven back into democracy.

If we fail to take back control, we will all be the losers.