Hum Fleming, 28 pictured, suffers from epilepsy and says she has seizures once or twice a month

Hum Fleming was just 13 when epilepsy first announced its presence in her life. Watching television at the family home in Oxfordshire with her father, Roddie, she suddenly experienced what can best be described as an ‘out-of-body experience’.

‘I felt everything go out of focus,’ says Hum (short for Hermione).

‘At the time, I was learning about near‑death experiences in Religious Studies at school and that was exactly how I felt — as though I was watching myself from outside my body.

‘I honestly thought I was having a heart attack and dying. I was having palpitations and panicking, but I couldn’t move.’

‘The next minute I’m back in the room, saying to my dad: “Something just happened to me.” But I couldn’t tell him what because I didn’t know.

‘I burst into tears and he was looking at me, white as a sheet and dribbling slightly, saying: “What’s up, Humster?”’

Just as suddenly the tears return now, over a pot of tea in a Central London cafe. A decade-and-a-half has passed since that day, but the memory, and the prolonged period of confusion which ensued, still cuts deep.

Even that simple word — memory — must come with a caveat. Hum, now a 28-year-old fashion PR, cannot actually remember what happened that day but has pieced it together from information others have provided.

While her memories before then remain intact (‘As a kid, I was like a computer — names, dates, I could give you instant recall on anything’), everything since then is enveloped in impenetrable fog.

Her long-term memory has gone, leaving her with good recollection of the past six weeks to six months, but a blank space prior to that.

Today she suffers just one or two seizures a month, thanks to effective medication and leading what she describes as a ‘responsible’ lifestyle. When she has one of these episodes, as they’re known, she looks ‘absent’, pale and maybe dribbles a bit, she explains.

This is unlike the more typical seizures of epilepsy, associated with loss of consciousness, stiffened muscles and jerky movements.

‘Epilepsy is an umbrella term; the experience can vary hugely for different people,’ she says. ‘My main side-effect, the thing which has affected my life the most, is accelerated forgetting. 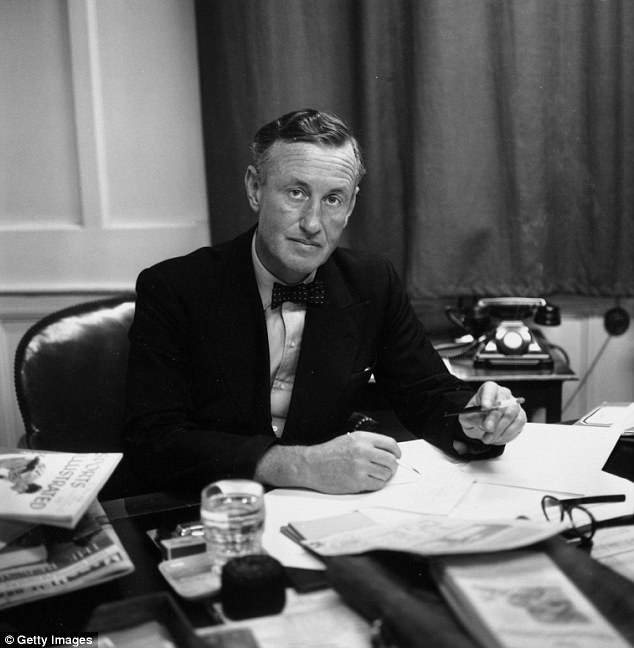 This last statement is delivered with a giggle. A natural optimist, Hum tackles the issue head on, which is one of the reasons she has teamed up with the charity Young Epilepsy to raise awareness of the true impact of this condition in a new campaign, In The Moment.

Launched this week, it is encouraging those affected, their friends and family to talk about the ‘moment’ epilepsy changed their lives for ever.

Epilepsy is a brain disorder in which clusters of nerve cells misfire. In most cases, as with Hum, it’s not clear what causes its onset, but these episodes can leave scars on the brain, with loss of memory one of the most common problems for which people with epilepsy seek help.

It occurs as a result of damage to the temporal lobe of the brain — specifically the hippocampus — where short-term memories are converted into long-term ones.

Hum admits to being ‘relieved’ when she was finally diagnosed at the age of 15. This came after a battery of tests over two years. By that stage, she was having around three episodes a week. Initially, they were thought to stem from blood pressure, heart issues or panic attacks. ‘We’d reached the point where the words “brain tumour” were being bandied around, which was pretty terrifying,’ she says.

‘Oddly, it was such a relief to have the label of epilepsy rather than endlessly trying to explain I wasn’t just some hysterical girl.’

Hum readily admits to being fortunate that her family had the resources to seek out the best doctors. She is the great-niece of James Bond’s creator Ian Fleming, while her father runs the Fleming & Partners bank, and she counts the likes of Lady Kitty Spencer and fashion darling Millie Mackintosh among her closest friends.

Health, however, is a great leveller, and as a teenager Hum was on a steep learning curve.

‘My only understanding of epilepsy at the time — so old-fashioned and uneducated — was that it was someone frothing at the mouth on the ground who couldn’t look at flashing lights.

‘I’m afraid that’s how an awful lot of people still see it. Actually, while around one in 100 people is epileptic, only 4 per cent of those are photosensitive.

‘For many of us, it’s an invisible condition, which brings a different set of challenges.’

At her boarding school in Oxfordshire, Hum was open about her condition. Her twin, Chloe, was ‘hugely supportive’. Though they are not identical, the sisters are extremely close, and as children they would trick gullible adults into believing they were telepathic by always answering ‘44’ when asked to think of a number.

Thanks to her short-term memory, Hum did well in her exams and went on to study history of art at university. But when I ask about her dissertation, however, I am met with a blank look.

‘This is what it’s like for me every day,’ she says. ‘I couldn’t even name any of the artists I studied. It’s a good thing I’ve gone into fashion PR as it’s always looking to the next season. For a future‑focused person like me, that’s ideal.’

This positive attitude can come across as fearlessness, but Hum admits to a certain vulnerability.

‘Even in normal conversations, I can have this knot of anxiety in my stomach because people are talking about things I should know but I’ve forgotten.

‘I see people I might have known for years but I’ve no idea who they are. I even introduced myself to a cousin once.

‘Oddly enough, I’m almost more comfortable socialising with strangers than my oldest friends, because I don’t have to pretend to know things which I don’t.’

Hum has been able to control her condition through medication, though this hasn’t always been straightforward. At one point she was prescribed levetiracetam, which reduces the transmission of nerve signals in the brain. The side-effects were alarming.

‘I would take the pill and then I’d have a “witching hour”.

‘Once, I was taking off my boots and asked my boyfriend to help. He said: “Sure,” then stopped to take off his own shoes first. The next thing I knew, I’d ripped my boot off and thrown it at his head.

‘We both sat there, stunned. I went straight to see my neurologist who changed my medication.’

Hum now takes lamotragine, an anticonvulsant, and a benzodiazepine, to help relax muscles and relieve seizures.

Her only side-effects are vivid dreams (‘Actually rather fun’) and a slightly heightened sense of anxiety (‘Though if you take any drug for long enough, you don’t know how much is the pill and how much is your own personality,’ she shrugs).

When I ask how she’d be without the medication, her answer is instant. ‘That would be a terrible idea, and I know that because, without telling my specialist, I very stupidly stopped them and tried CBD oil instead.’

Cannabidiol, or CBD, is a chemical compound in cannabis some believe can help with seizures. But this is highly controversial, and Hum says that her decision to ditch tried-and-tested medication was ‘very irresponsible’ — because a couple of weeks later, she had two episodes within one night.

‘I woke up with my boyfriend hugging me tightly, and when I saw his face I realised something was wrong. There was blood on the pillow and I had a big bump on my head.’

She’d bitten her tongue and banged her head on the bedside table. Without her boyfriend’s prompt action, she could easily have choked when a second episode swiftly followed.

Epilepsy has clearly affected her life, but she feels positive about the future. Hum even believes her condition has its positives.

‘Having epilepsy, and especially because of the memory loss, I really do find I’m living in the moment,’ she says. ‘I now think: “Screw it — I’m going to live my life to the absolute fullest.” ’