The first test against the West Indies starts on Wednesday at Optus Stadium, and given Langer believes he was forced out as head coach by a disgruntled playing group for being ‘too intense’, the tension is set to be obvious.

‘Justin is a golden-haired boy in Perth so I would expect something for sure,’ Healy said.

‘I think there will probably be a bit of angst there.’

Healy himself was subjected to boos from locals in Western Australia back in 1992 after replacing local gloveman Tim Zoehrer in the Australian XI. 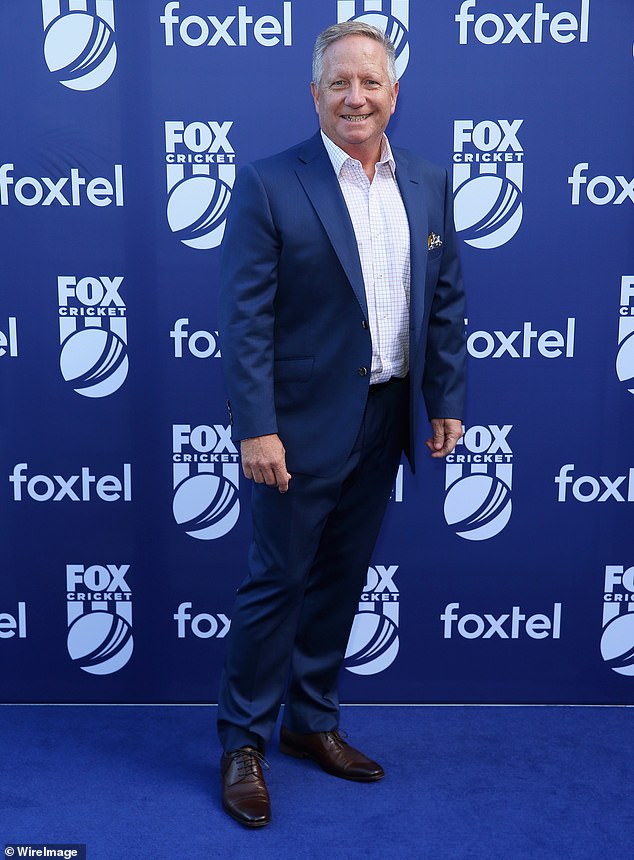 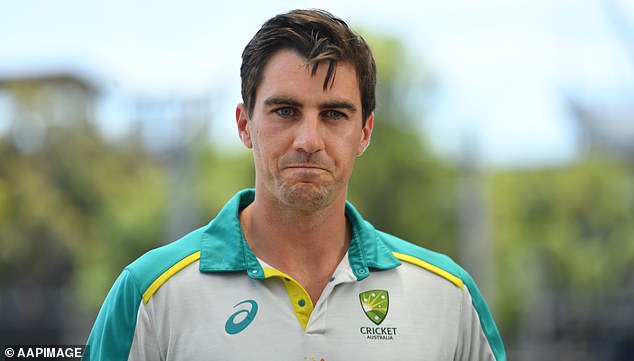 He was followed down the players’ race by an angry fan who then chucked a rolled-up ball of newspaper into his face.

Pandemonium followed, with the overzealous supporter arrested and ejected from the WACA.

‘The guy was a country cricketer and I think he was down for their country week,’ Healy told News Corp.

‘A few of us were copping it over there. I remember Mike Whitney was copping it as well.

‘I copped it because of the Tim Zoehrer thing but it was broader than that and quite widespread.’

In February, Langer announced his resignation as head coach of the Australia men’s team.

His contract was set to expire in June, but he turned down a six-month extension offered by Cricket Australia. 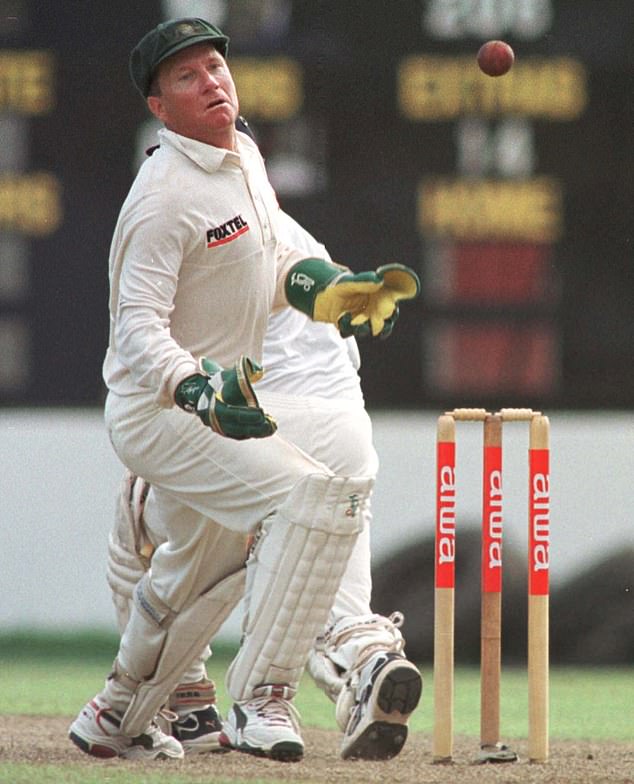 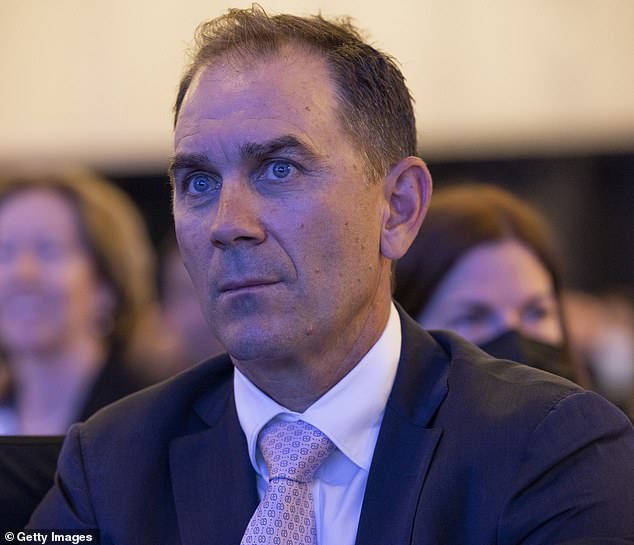 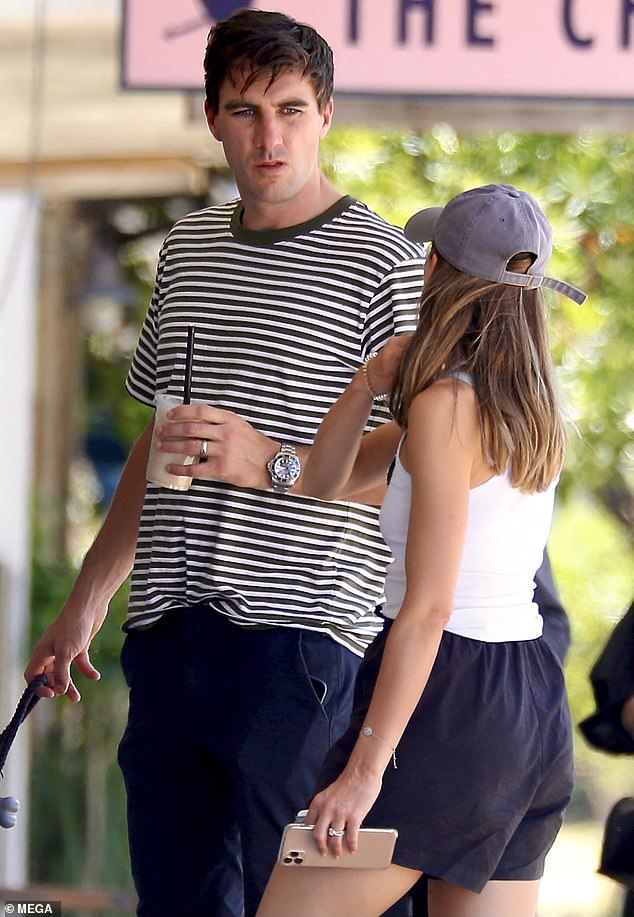 Cummins (pictured, with partner Becky Boston) reportedly told Langer the feedback from disgruntled players was going to be ‘brutally honest’

Langer recently called out Cummins and other ‘coward’ members of the Australian team on former AFL player Will Schofield’s Backchat Podcast.

He spoke of his controversial departure as Australia coach and how the relationship between him and the players fell apart in his eyes.

‘I spoke to Pat Cummins. He said to me about five times, “This might be brutally honest”,’ Langer said.

‘I said, “Pat, there is nothing brutal about your feedback. What is brutal is I’m hearing it behind my back through the media or through sources.”

‘No one’s telling me. Tell me. People say that I’m very intense, but they are mistaking intensity with honesty.’

Langer wasn’t finished, adding: ‘I’ve never said this publicly, the hardest thing for me was the feedback.