In what is possibly the biggest week of their modern history, Manchester City are already landing blows.

Not in relation to Saturday’s Champions League final against Chelsea in Porto but ahead of a defence of the Premier League title that is being plotted already.

That is how it works at a really big football club. Finish one successful season and immediately find a way to get even better. Strengthen when you are strong.

For years it worked for the big beast in red across the other side of Manchester and now it is being grafted on to the City DNA too.

Does Pep Guardiola’s team of such shining jewels really need another diamond to set in the centre of the cluster?

The short answer is ‘no’. It doesn’t. But the longer answer is that every team on the planet needs to seek ways to get better, to add more depth, to recruit an even wider range of talent. 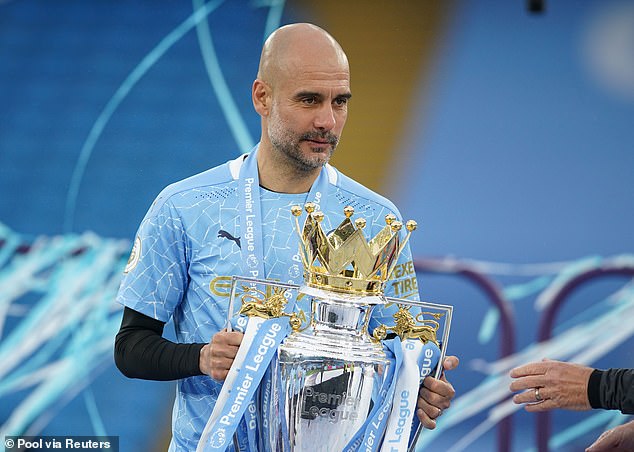 In sport, if you don’t improve then you stand still. This is what happened when City had an underwhelming summer window after winning the Premier League in 2019. The upshot was that Liverpool flew right by them the following season.

In the summer of 2021 it seems it will be different. City are intent on sealing a £100million deal for Grealish from Aston Villa while at the same time continuing their interest in two of European football’s top strikers, Erling Haaland and Harry Kane.

For City it promises to be another summer of mining from the continental game’s richest seams. For Grealish it is time to take his exceptional talent to a place where it can grow and flourish. Still only 25, Grealish has seemingly been around for years. But the last eight months have seen the midfielder’s football move to a different level.

Only recently, Villa manager Dean Smith was telling a friend that Villa simply had not been the same team during a recent injury absence and the numbers bear that out.

Similarly, Smith was saying that the player’s notoriety in and around Birmingham had now reached such a level that he was unable to move around his home city free of interruption.

Maybe a good time, then, for Grealish to take the next step in his career and in his life. 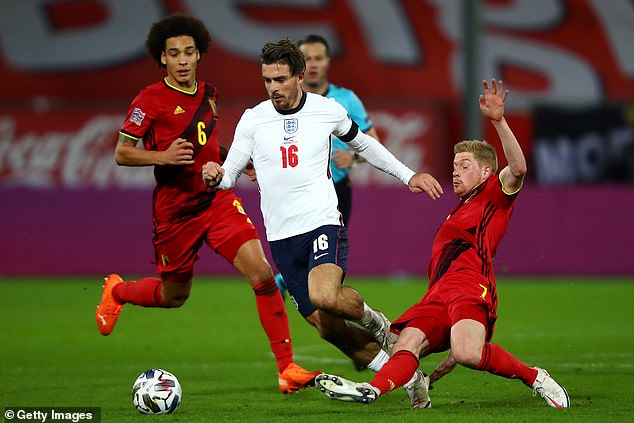 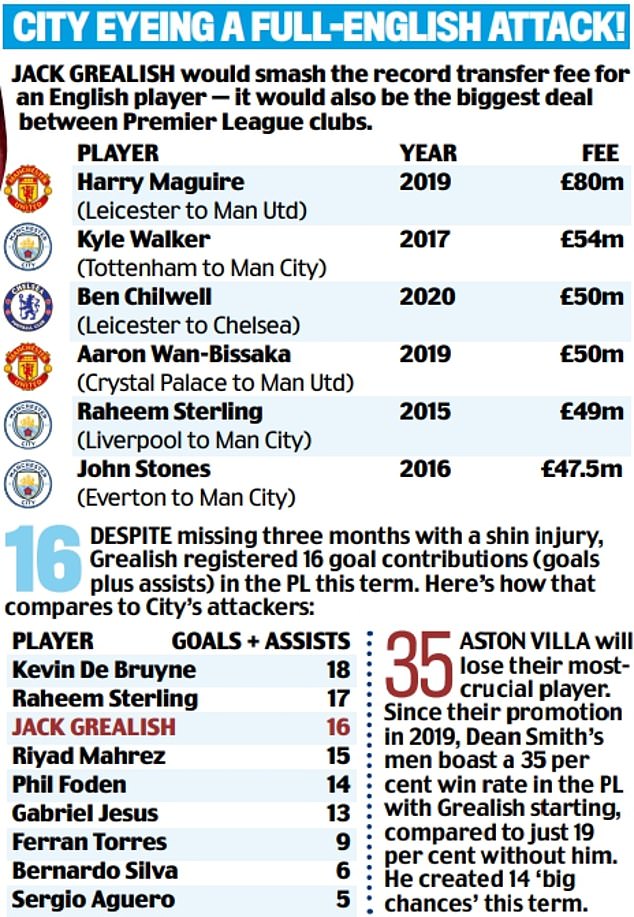 As a footballer, he has taken to international matches seemingly without effort. Without doubt he will get minutes for England at this summer’s European Championships. Away from the field, the step up would present its own challenges.

Last summer featured a well-publicised Covid lockdown breach while he also has driving offences on his c.v.

If he thinks the lights shine brightly in Birmingham, he will find they dazzle even more intensely in the North West. But those who know and work with Grealish speak of a dedicated and committed footballer who is hungry for work and for improvement.

It was three months ago that word of City’s interest in him first surfaced. Grealish himself has been aware of it for a while.

Back then, indications from the Etihad were that one of the club’s plethora of attacking players would probably have to move on if room was to be made in Guardiola’s squad. That may yet come to pass. Tottenham, for example, are known to have a list of City players in mind that they would consider as part of any deal for Kane.

But those are just the minutiae of what would be a seismic English transfer, one that would point to the strength of the talent factory that now passes for the domestic academy system, one that would serve as a marker to all home-grown players that a pathway will always be there for you if you really are good enough.

The fact is that City have the muscle and the know-how to get this deal done anyway they see fit. 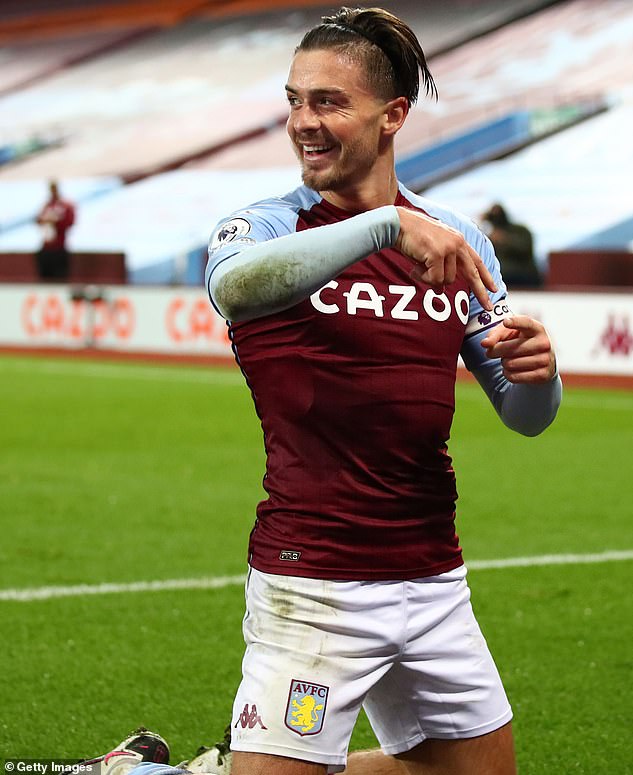 Signing Grealish would be a huge statement of intent for City, who know their rivals will soon be back to battle for the main silverware in English football if they stand still in the market

A straight cash deal may suit Villa best. The Midlands club — vastly improved under Smith — have no desire to sell their captain and no financial need to either. Equally, a transfer fee up around the £100m mark could go a long way to improving Villa, particularly if they were to spend their money as well as they did last summer.

Striker Ollie Watkins was a superb signing from Brentford at the start of this season and he, too, may be in Gareth Southgate’s final squad for the Euros.

This, though, is a story about City and an unquenchable thirst to become the very best team there is. Guardiola’s team face a sizeable challenge from Chelsea in Porto on Saturday night.

Next season, it is likely that Jurgen Klopp’s Liverpool will be in their face once again.

Signing a player of Grealish’s quality would be a mark-in-the-sand moment, for sure.

Spending £100m on a player because you really need him is one thing. Doing it even though it will improve you only by fractions marks you out as quite another kind of football club altogether.

Manchester City are now that kind of organisation. It is impossible not to be impressed by that.