Ian Poulter embraced his ‘postman’ nickname by wearing a postbox outfit after helping Europe to regain the Ryder Cup.

Poulter, a Ryder Cup stalwart, earned the moniker as he always delivers a point for the team, and did so by beating World No 1 Dustin Johnson.

As he paraded around the course in the outfit, Poulter admitted the thought of retaining the trophy drove him on to a crucial victory.

‘That little gold trophy burns pretty hard inside. That kept me going. I wanted to be here in Paris. I knew it would be extra special if I made it,’ he said.

‘I had to rely on a pick from Thomas.

‘To get that pick, to come out today and turn that match around down the stretch and deliver a point is something I am never going to forget.’ 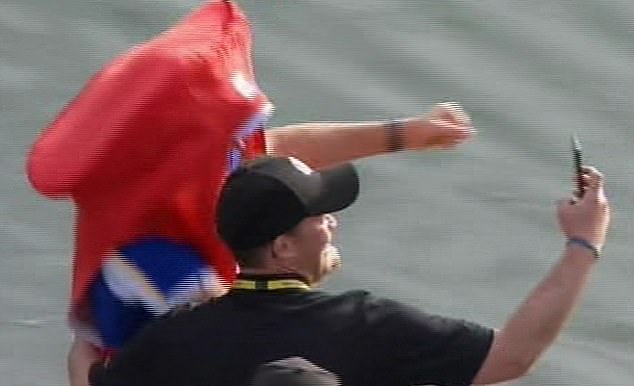 After being passed the costume from the crowd, Poulter posed for photos with fans 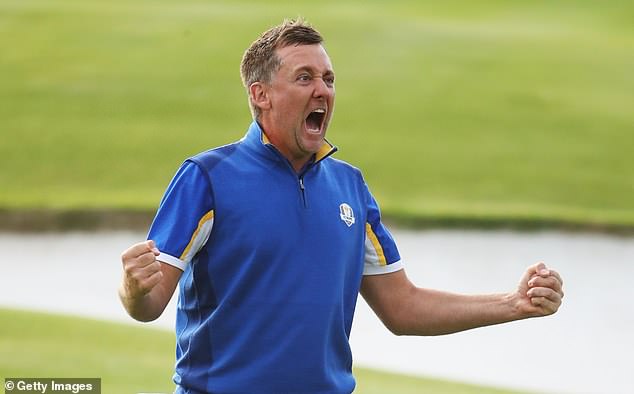 Poulter won two points from his four games across the tournament to help Europe to victory.

Poulter added: ‘I don’t think I can quantify how much it means. You see it in the emotion when we hole putts and the emotion of the fans.

‘To be able to represent Europe is extra special. To win this thing back is even more special.’ 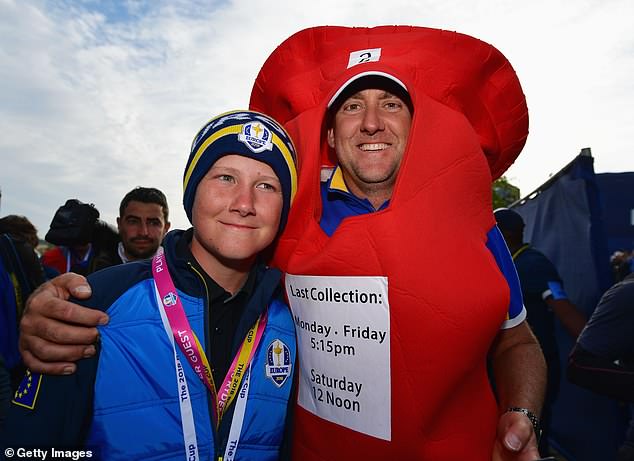