Thought your night watching the Euro final was bad? Golfer Ian Poulter reveals he was BLOCKED from entering Wembley until extra-time after ‘spending £100,000 on tickets’ before mad dash from finishing fourth at the Scottish Open hours before

Ian Poulter has revealed his mad dash from the Scottish Open on Sunday night to London to watch the Euro 2020 final between England and Italy.

The English golf star had tickets for the Wembley showpiece but had to round off his effort to win the Scottish Open at the Renaissance Club in North Berwick – nearly 400 miles away from where the match was taking place.

A long delay due to torrential rain, thunder and lightning meant Poulter was nervously looking at the clock throughout his round, yet he still shot a magnificent 63 to take the clubhouse lead on 17 under par and get in real contention to win the tournament.

But when Min Woo Lee posted a score of 18 under par, thereby ruling out Poulter’s chances of winning the Scottish Open, the Ryder Cup legend left the competition at around 6.30pm to get on a private jet. With a flight from Edinburgh to London taking around 1 hour 15 mins and the notorious traffic around Wembley still to negotiate, Poulter never had a chance of attending the full game.

He made the match in time for the second half, but Wembley stadium staff would not let him in at first. He eventually got in to catch some of the second half and then watched extra-time and the penalty shootout that followed. 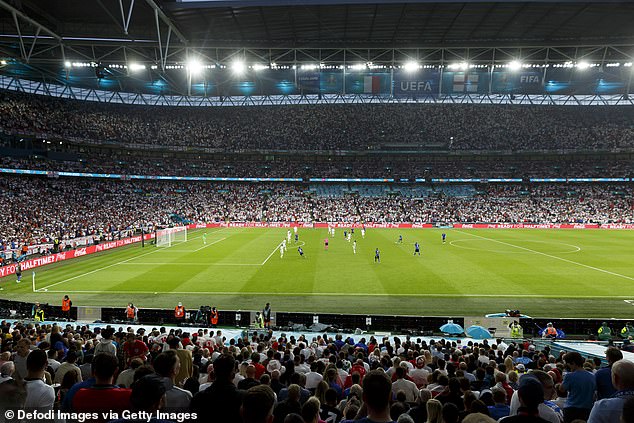 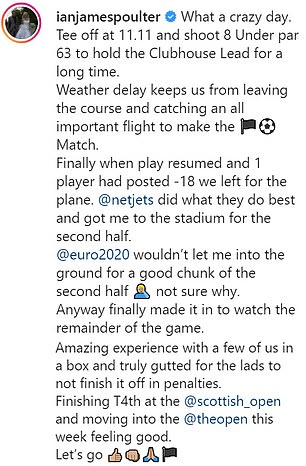 According to The Sun, Poulter had spent £50,000 each on the tickets for him and his son Luke to watch on in a Wembley box. The golfer earned £240,000 in prize money after his efforts at the Renaissance Club last week, finishing fourth behind Lee, who won a play-off against Thomas Detry and Matthew Fitzpatrick.

Poulter said on Instagram: ‘What a crazy day. Tee off at 11.11 and shoot 8 Under par 63 to hold the Clubhouse Lead for a long time.

‘Weather delay keeps us from leaving the course and catching an all important flight to make the (England football) match.

‘Finally when play resumed and 1 player had posted -18 we left for the plane. @netjets did what they do best and got me to the stadium for the second half.

‘@Euro2020 wouldn’t let me into the ground for a good chunk of the second half, not sure why. Anyway finally made it in to watch the remainder of the game.

‘Amazing experience with a few of us in a box and truly gutted for the lads to not finish it off in penalties. Finishing T4th at the @Scottish_Open and moving into the this week feeling good. Let’s go.’ 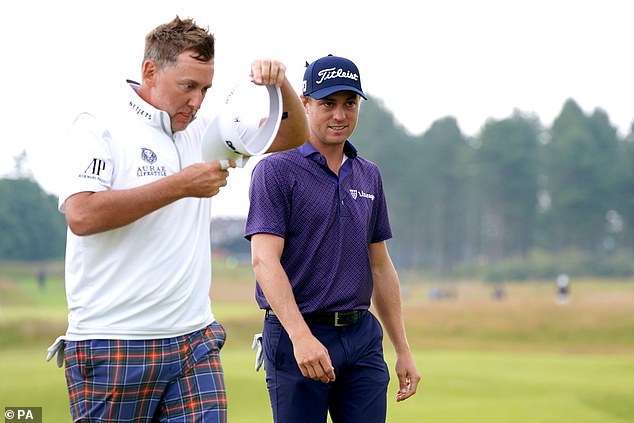 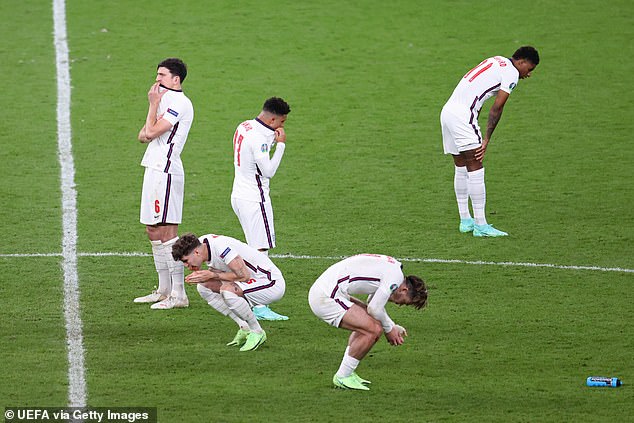 Fitzpatrick had also hoped to complete his final 18 holes at the Scottish Open and still get to Wembley in time to watch the match with his brother Alex.

As it turned out, the joint third-round leader barely had enough time to complete the play-off and find the nearest television set in North Berwick before the big kick-off, with Lee sealing victory at 7.09pm – just 51 minutes before kick-off.

Poulter watched on as Gareth Southgate’s side failed to break Italy’s resilience in extra time, before going on to lose via the penalty shootout.

The result means the Three Lions’ 55-year wait for a major trophy continues, but Poulter is looking to break England’s poor record at the Open Championship which has lasted a similar amount of time.

No English player has won The Open in 52 years, and the 45-year-old is looking to end that record at Royal St George’s, where Northern Ireland’s Darren Clarke was the memorable last winner, 10 years ago. Ireland’s Shane Lowry is the defending champion after his equally unforgettable triumph at Royal Portrush in 2019, with last year’s Open cancelled due to the coronavirus pandemic.

US Open champion Jon Rahm is the bookies’ favourite to win this week, ahead of four-time major champions Brooks Koepka and Rory McIlroy, and 2017 Open winner Jordan Spieth.