‘I was not letting you down’: Ryder Cup hero Ian Poulter sends heartwarming message to son Luke… 14 years on from his winning debut when he flew home with the trophy and baby boy

Ian Poulter has paid tribute to his son, Luke, after helping Europe reclaim the Ryder Cup in Paris on Sunday.

The 42-year-old guided Team Europe on their way to victory after overcoming World No 1 Dustin Johnson in Sunday’s singles before going on to celebrate with his golf-mad son.

Poulter took to social media after the win to post an image of himself embracing his 14-year-old boy along with a heartwarming message. 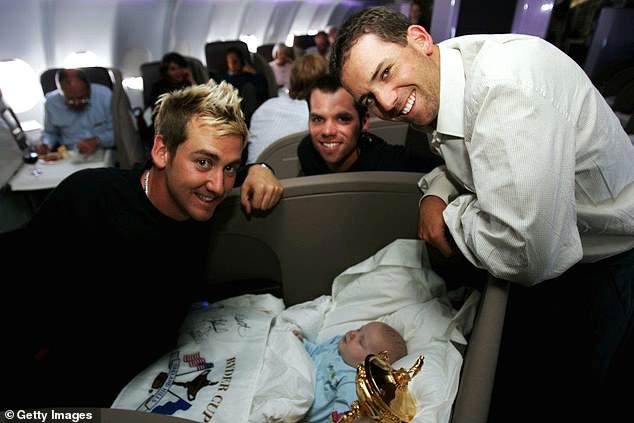 ‘As a parent, these moments we get to spend with one another sometimes are few and far between Luke, but when moments like this come around I was not letting you down today,’ Poulter wrote on Instagram.

‘You lived every shot with us this week… love you buddy. Dreams do come true.’

The heartwarming message comes a week after Poulter promised his son that he will be able to hold the trophy again – 14 years after touching it as a baby.

Poulter was snapped alongside Paul Casey and Sergio Garcia on a flight following Team Europe’s Ryder Cup victory in 2004 while baby Luke slept clutching the trophy. 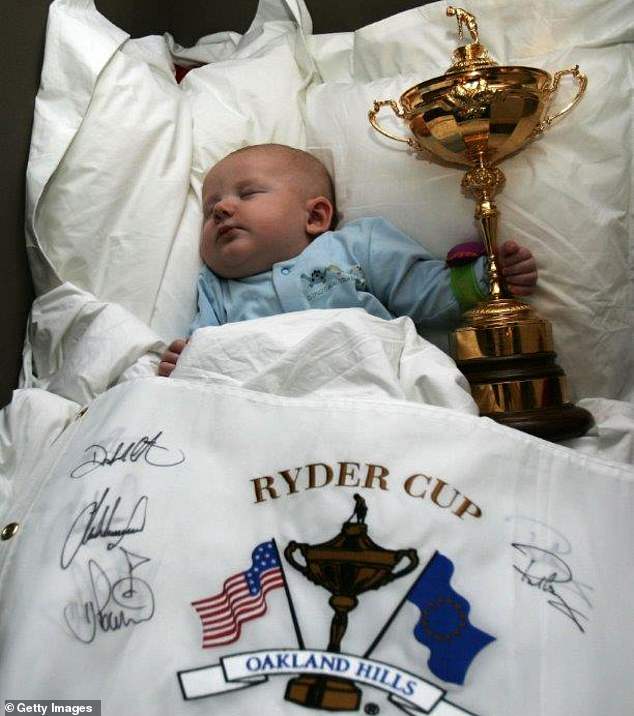 Poulter relived the moments of that plane journey home 14 years ago as he told The Sun: ‘It’s every special having Luke here – he was on the plane when I played my first Ryder Cup 14 years ago.

‘There was a lovely picture on the front of a magazine back then when he was asleep cuddling the trophy.

‘Actually, Sergio was leaning over the back of his chair, and he was kind of just touching the trophy and the lid fell off and smacked Luke on the head, which woke him up.

‘It’s great to be able to bring him her this time around, where he fully understands it; he understands golf now as a young man at 14, and as the excitable character he is – the apple doesn’t fall far from the tree!’