A ‘rogue’ minister within Victorian Premier Daniel Andrews’ government was so involved with branch stacking he was concerned about dead members casting votes, an inquiry has heard.

On a third day of damning allegations, the inquiry heard the process of Labor politicians paying for the memberships of bogus ALP members was so rampant that Mr Somyurek had become mindful to try and avoid the renewals of dead Victorians. 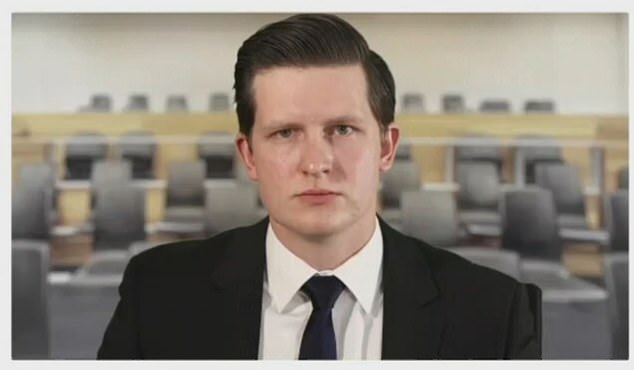 Adam Sullivan worked for various ALP MPs. He said he was ‘thoroughly ashamed’ of his time working within the party 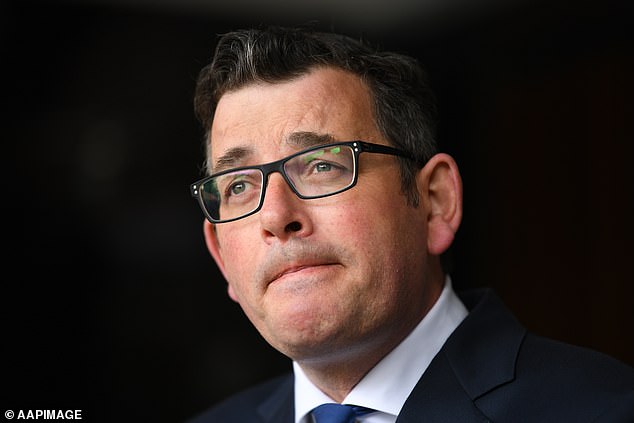 Victorian Premier Daniel Andrews on Tuesday. He has refused to comment on the IBAC investigation

A message allegedly sent about a dead party member, with the inquiry hearing there were fears some names used in dodgy membership renewals were of deceased people

WHAT IS BRANCH STACKING?

It has also been banned by the ALP for decades.

The IBAC hearings have been established to investigate ‘premeditated systemic rorting of taxpayer resources’, including allegations of branch-stacking, which in itself is not illegal.

It will also look into ‘allegations that public money intended to fund community associations was misused for party‐political work or other improper purposes’.

He had accused him of having paid for other people’s party memberships.

The inquiry has heard he and Federal Labor MP Anthony Byrne had frequently paid out of their own pockets to fraudulently sign-up and renew members to help them maintain power with the party.

‘There might an issue where some of those renewal forms weren’t actually being signed by the people that were being renewed so we wanted to make sure that if that was occurring with people within the Moderate Labor Group they weren’t signing off on forms, forging signatures or have you, for people that would be dead,’ Mr Sullivan said.

The once Labor party believer, who earlier told the inquiry he was ‘thoroughly ashamed’ of his behaviour while working as an electoral officer for various Labor members of parliament, said there was sufficient concern about ‘headquarters’ finding out about forged memberships.

‘If we came into that situation where someone were to somehow verify that this person was deceased, it would be a bit strange that they were somehow able to arise from the dead to sing-off on their renewal form and be a loyal party member from beyond the grave.’

Mr Sullivan painted a disturbing image of how those within Mr Andrews’ party operated.

‘There was a process there where renewal forms were completed by people, signed off by people that weren’t actually the members themselves,’ he said.

He told the inquiry an unknown ally of Mr Somyurek at Labor headquarters would routinely renew the memberships of people on the sly.

‘I believe (Mr Somyurek) did have a contact there or may of had a contact in head office that would facilitate those pre-filled renewal forms,’ he said.

In a day of drama, Mr Sullivan claimed he had helped misappropriate between $11,000 and $14,000 in taxpayer money to fund a political campaign for Mordialloc MP Tim Richardson from the electorate office budget of Mr Somyurek. 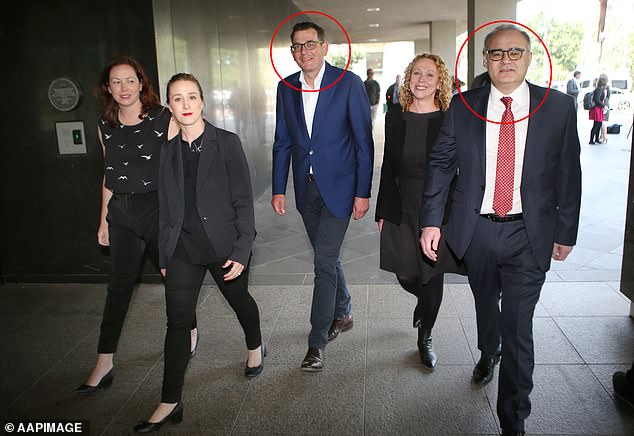 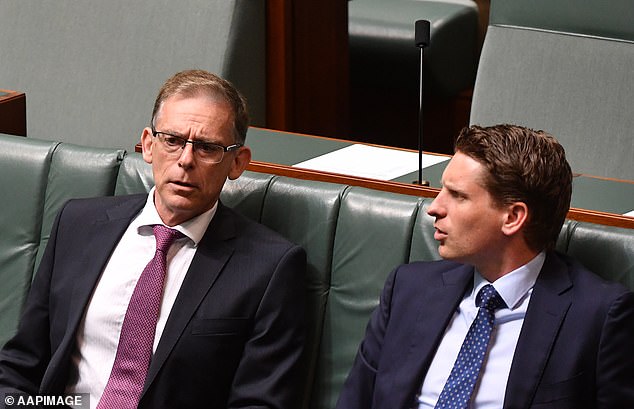 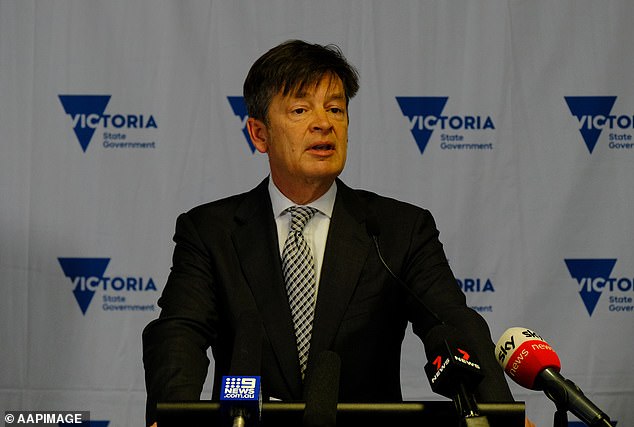 He did so by purchasing stamps that were then re-routed and redistributed to Mr Richardson’s re-election campaign.

The misuse of taxpayer funds was covered up by purchasing the stamps in small numbers so as not to alert anyone to the wrongdoing.

That money was supposed to be used for ‘constituent outreach’ within Melbourne’s south-eastern suburbs.

While Mr Sullivan said he had no direct approval for the scam by Mr Somyurek, he accepted it was the kind of activity that was not unusual under his leadership.

‘You assumed there would be no problem,’ he said.

The young electoral officer had had dreams of one day ‘making a difference’ within the Australian Labor Party before being exposed to its grubby underbelly.

He had worked for Mr Somyurek for nine months during 2018 when he was allegedly involved in rampant branch stacking.

Mr Sullivan had worked for Mr Byrne before reluctantly agreeing to a transfer to Mr Somyurek’s office.

By August 2017, Mr Somyurek’s office had become ‘something of a liability for him’ in wake of the notorious ‘Red Shirts Scandal’, Mr Sullivan said.

The scandal involved Labor paying casual electorate officers to don red shirts and campaign for the party in marginal seats during that year’s state election with money out of the public purse. 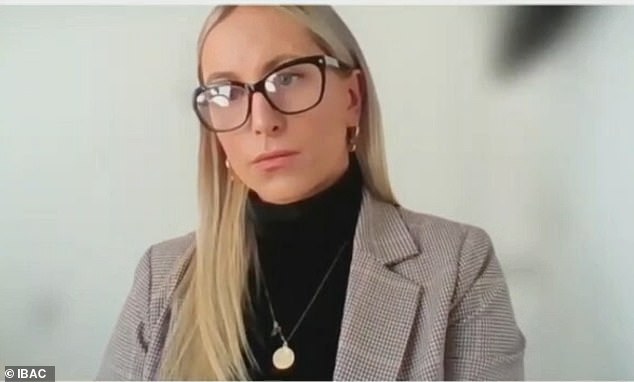 Mr Sullivan claimed he was asked by Mr Somyurek to help ‘clean up his office’.

‘There might have been someone else in Mr Somyurek’s office manning the fort if you will, but not actually someone that was an employed public officer by him and that considering the rogues gallery that Mr Somyurek was accumulating for himself internally … it might be possible for his political office, like I said, to become a liability for him.

‘It might be discovered that there was no-one at home there. It would become a problem for him.’

Mr Sullivan said he had already been branch stacking for Mr Byrne before progressing to accepting full blown envelopes of cash to pay for ALP membership fees with Mr Somyurek.

‘You don’t get thrown into the deep end with this sort of thing. You go through I suppose a bit of initiation. They’re not going to hand you out that sort of task on your first day at work,’ Mr Sullivan said.

Mr Sullivan said those that did not agree to perform the party’s dirty deeds would ultimately be discarded.

‘You’re talking about someone’s use value here. I’m not going to say that I didn’t want advancement in the party,  so that was certainly one reason for eventually taking the role (with Adem) even though I knew it was likely going to be a headache.

‘The other thing there is as well, if you are not prepared to be used, to put it simply, in these situations … then your use value declines and you become useless. And useless things have a way of disappearing.’

Mr Somyurek had been acting as Mr Andrews’ Minister for Local Government and Small Business while Mr Sullivan worked within his office. 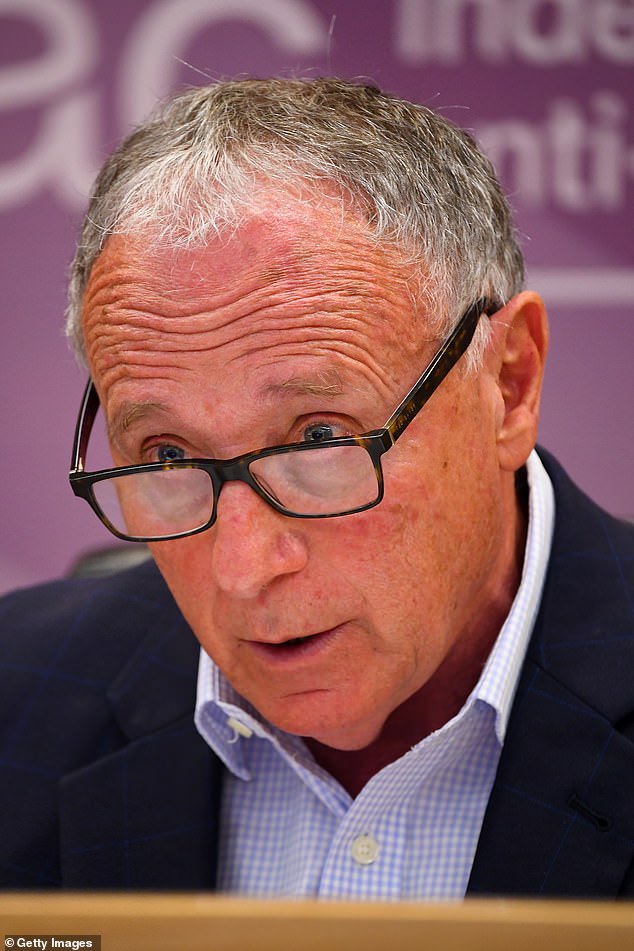 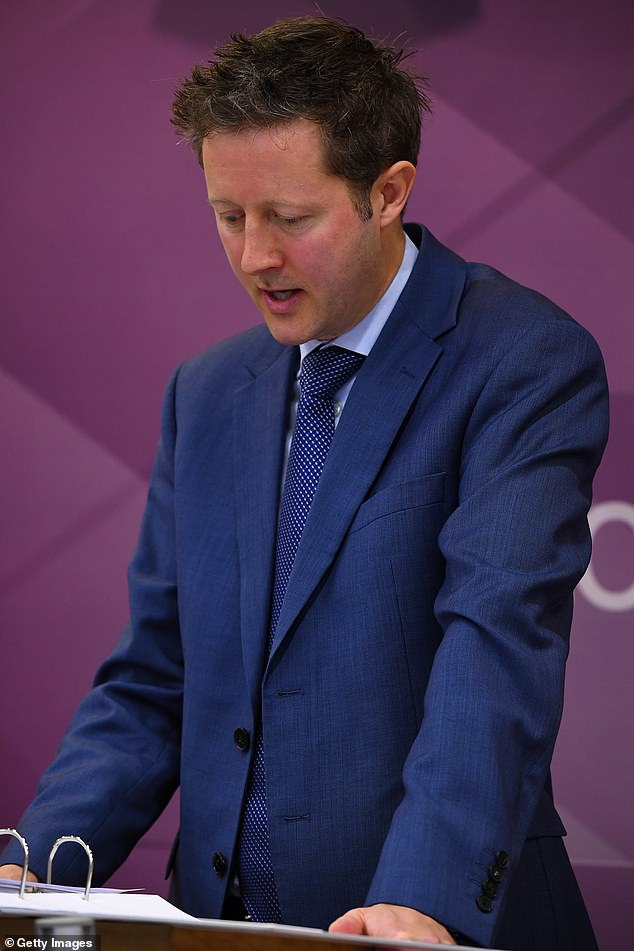 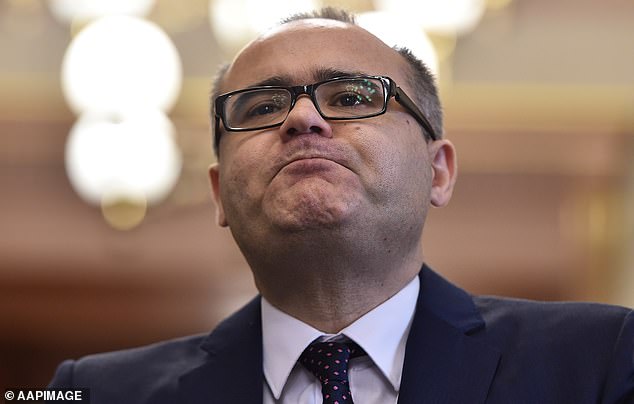 Mr Sullivan described the then minister’s office as something resembling a garbage dump, labelling it ‘decrepit’ and covered in cobwebs despite Mr Somyurek’s father being paid to clean it.

‘It wasn’t a model of cleanliness,’ he told the inquiry.

Mr Sullivan claimed to work within the office with at least four other staffers – all of which practically did nothing.

He told the hearing hardly anyone from the community ever attended the office and he only ever saw Mr Somyurek once over a nine month period.

Mr Andrews on Wednesday again refused to answer questions about the corruption probe, which may yet see him be called to give evidence.

On Tuesday, Ellen Schreiber, a former electorate officer and ministerial office executive assistant, told the inquiry Mr Somyurek had a furious temper and would ‘hit the roof’ when unhappy.

Ms Schreiber, who would spend up to 80 per cent of her taxpayer-funded working day on factional activities, said she was reluctant to blow the whistle because she needed the job.

‘It was a good paying job I was good at … being a female for the Labor Party has an AA rule … being a female you’re promoted so quickly in the party. It doesn’t matter. If you look at some of the MPs that have been promoted, they’re there because they’re female, not because they can do the job,’ she said.

‘And that’s what was happening. Like I said, I didn’t have a uni degree backing me, how could I be put on all these committees? I didn’t have experience. It was purely because I was there for a female not because of who I am.’

She claimed her sex had been the only reason she had been offered a job within the construction union alongside CFMEU boss John Setka.

When she refused, Mr Somyurek went into another rage.

”I remember it quite clearly, he was mad like a cut snake. He spat venom at me,’ Ms Schreiber told the inquiry.

The 27-year old claimed Mr Somyurek brought her to tears in a barrage of vile abuse.

Mr Somyurek has denied any wrongdoing.

The hearing will resume on Thursday.