A ‘violent’ Senegalese man who was supposed to be deported, but escaped Immigration and Customs Enforcement custody in New York, has been arrested in Chicago by the agency’s fugitive operations team.

Mohamadou Lamine Mbacke, 31, was in the custody of ICE agents at New York’s Kennedy International Airport late Tuesday when he escaped. Reports stated that he had flown from Detroit, Michigan, to New York City, where he was then scheduled to take a connecting flight to his home country.

ICE agents said in their criminal complaint that Mbacke escaped while they were waiting to board the plane. Agents said he had asked for permission to sit eight to 10 rows away from them and they granted his request, NBC 5 Chicago reported.

Mohamadou Lamine Mbacke, 31, who escaped federal agents at New York City’s JFK Airport on Tuesday, while waiting to be deported, was captured in Chicago on Friday

The agents had removed his handcuffs so that he could pass through security and the Transportation Security Administration bans passengers from being handcuffed while on flights, according to CBS News.

Surveillance cameras showed Mbacke getting into a yellow cab outside the airport.

ICE said Mbacke entered the country lawfully in 2005, but violated the terms of his status and was ordered deported in September 2015. 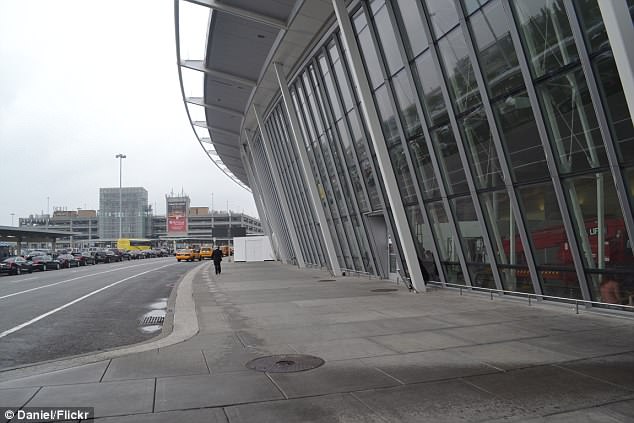 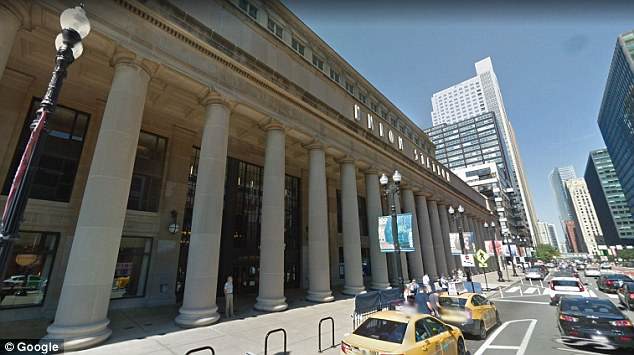 Mbacke was captured by ICE agents in Chicago, at a coffee shop near Union Station (shown)

A Detroit immigration court ordered Mbacke’s deportation following his November 2013 conviction for a felony firearms offense. He was sentenced to two years imprisonment.

ICE officials said Mbacke is ‘violent’ and was being deported for multiple weapons and firearms offenses. He had previously been arrested 10 times over the course of six years in New York City, with all but one arrest — a marijuana-related arrest — having been sealed.

While Senegal is a secular state, Islam is the predominant religion, with its members accounting for about 94 percent of the country’s population.

According to an article last year by progressive news website Think Progress, Senegalese immigrants have seen an uptick in deportations since President Trump took office.

The report said that these deportations have not been getting much attention because Trump’s immigration focus has been on building a wall with Mexico and deporting Latin American immigrants.