A Latina border patrol officer has become a viral sensation after she was pictured with Vice President Mike Pence during his recent border visit, with social media users dubbing her #IceBae for her good looks while others were outraged at the inappropriate nickname and her proud response to the overnight fame.

The woman created a Twitter account on Sunday night to respond to all the attention, identifying herself as Kiara Cervante and gaining nearly 23,000 followers in around 24 hours.

Another wrote: ‘If she works for ICE she’s gonna melt the place.’

Kiara Cervante, aka #IceBae, created a Twitter account to respond to all the attention. The Latina customs officer posted a photo of herself in uniform 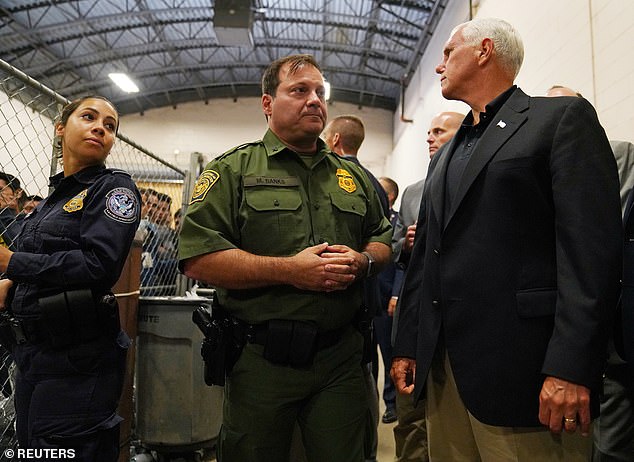 The customs officer was pictured providing security for Vice President Mike Pence during his visit to the McAllen, Texas detention center last Friday 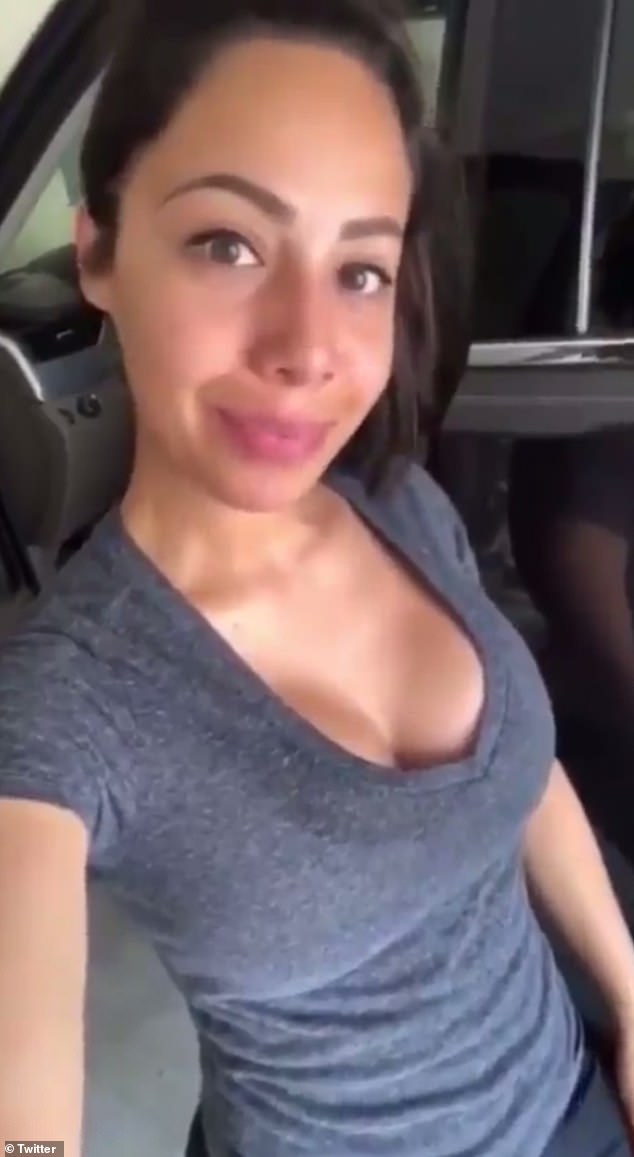 ‘#IceBae could detain me for however long she wants,’ someone else commented with the photo of the female officer that initially sparked the interest in her, in which she is seen standing outside an overcrowded holding cell as Vice President Mike Pence visited the McAllen, Texas detention center last Friday.

Cervante on Monday posted an 18-second video of herself wearing a low-cut grey T-shirt and a high ponytail to prove she was real, saying: ‘So I literally just woke up, went to get something to eat and saw that I needed to make a video so you all could believe that it’s me.

‘It’s me, I’m a customs officer based in Texas and yeah I don’t know what else to say,’ she said, appearing to love the newfound attention. 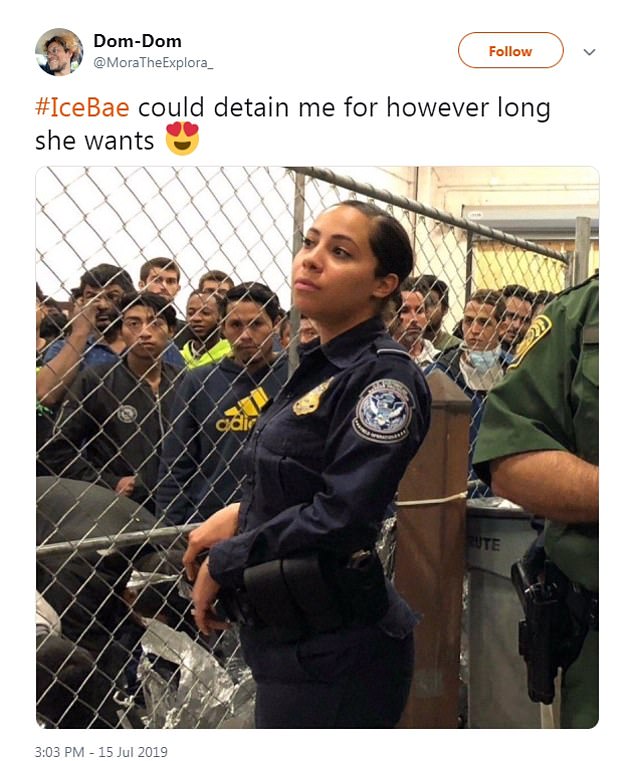 #IceBae: Adoring fans on social media shared the viral photo of the pretty officer at a Texas detention center 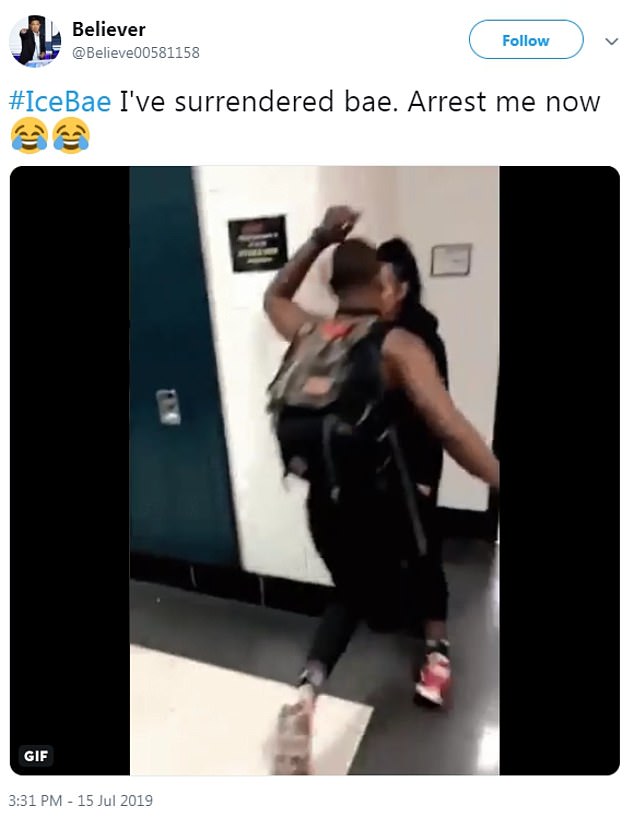 Cervante also later posted a message, saying she was ‘in awe’ of all the attention.

‘WOW I am in awe. Thank you all for the support! My job is so hectic at this moment but I am grateful. I love protecting my country! And I love my supporters!’ she wrote.

Her first ever Twitter post said: ‘Soooo it’s crazy…. but here I am. I’m hearing something about a viral picture.

‘I would like to say i was just doing my job.. providing security for the visit of @VP.

‘It was an honor and I take a lot of pride in my job!’

But IceBae is divisive, with many social media users decrying the nickname for an officer at a facility where nearly 400 Central American men are packed in cages. 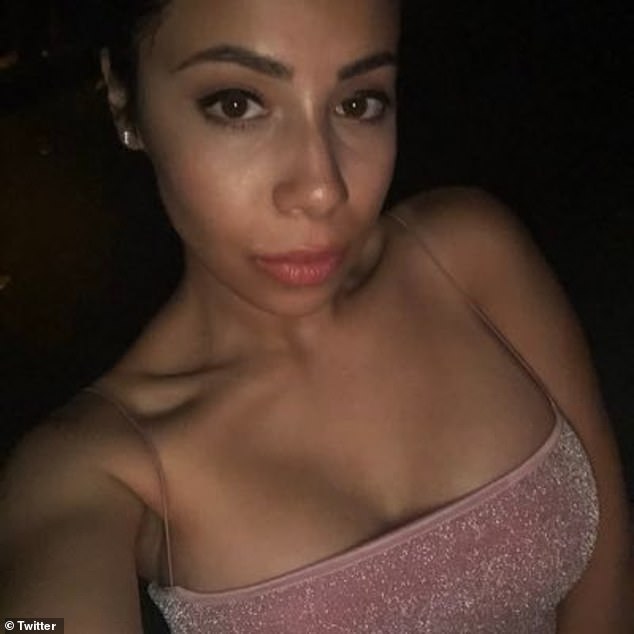 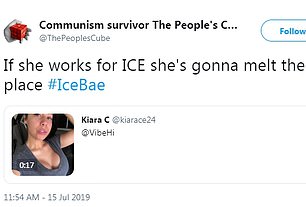 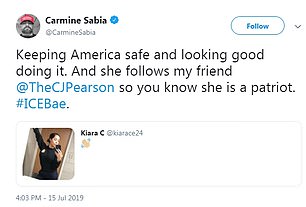 Some social media users were enraptured by IceBae, with one saying she was ‘keeping America safe and looking good doing it’ 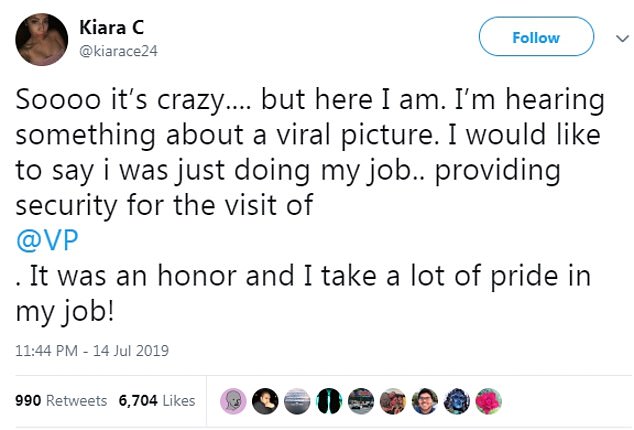 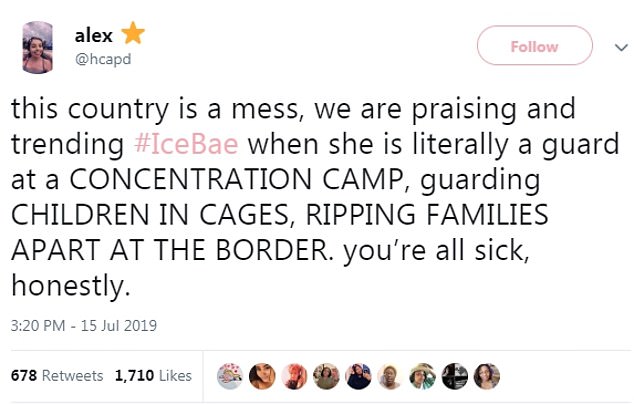 Cervante’s social media fame has also drawn a lot of ire, with one person tweeting that she is ‘literally a guard at a CONCENTRATION CAMP’

One person wrote: ‘This country is a mess, we are praising and trending #IceBae when she is literally a guard at a CONCENTRATION CAMP, guarding CHILDREN IN CAGES, RIPPING FAMILIES APART AT THE BORDER. you’re all sick, honestly.’

‘#IceBae is such a cute name for someone who puts black and brown children in cages,’ someone else commented.

Cervante answered questions from both fans and people incensed by her newfound fame.

Responding to a person who said she was ‘litteral scum’ and her parents would ‘disown’ her for being ‘Hispanic working for ice’, she tweeted: ‘I think that’s really rude and naive of you to say. 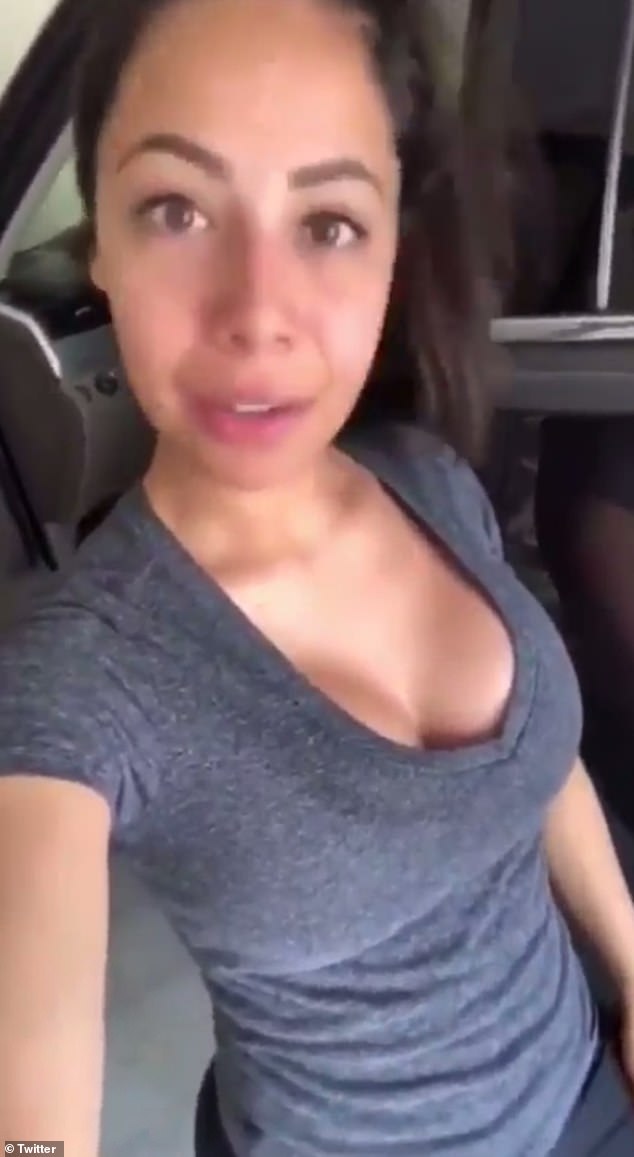 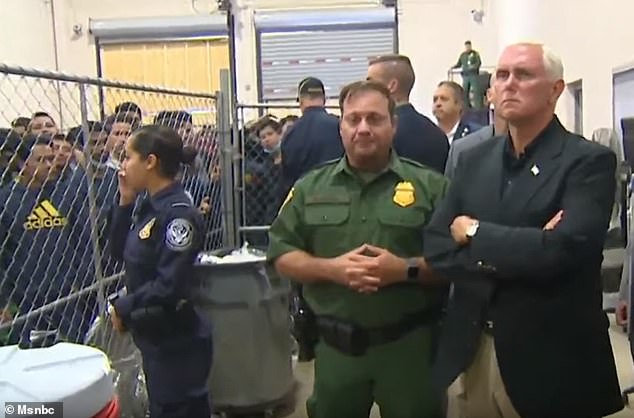 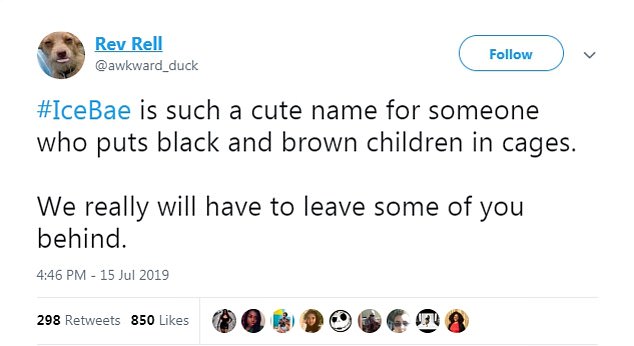 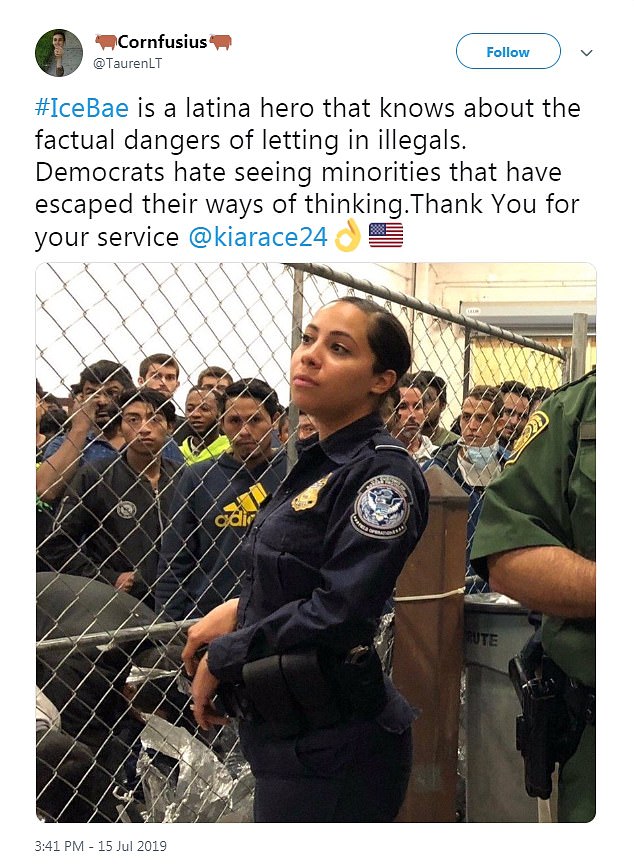 Some people sprung to Cervante’s defense, calling her a ‘latina hero’ and thanking her for her service

‘You have no idea who my parents are and no idea what goes into my job on a daily basis… before speaking on something you know nothing about…. DONT.

‘Regardless I’m blessed and thankful for the career I have.’

She said she had created a Twitter account because ‘I felt I had to…. I didn’t even have twitter but was getting notified by friends and family.

‘I don’t like people to speak ill on my name. I am a very nice person with a big heart…. I always treat everyone I come in contact with at work with respect.’

The officer also said she doesn’t ‘agree with concentration camps’.

‘But… this station in particular isn’t meant to be a holding facility hence the overpopulation of aliens.

‘We are doing our best but some people won’t ever understand.

‘They don’t know the daily of what my job consists of.. But thank you for seeing how difficult my job can be…

‘Not only because I am Latina but just in general the mass amount of people crossing ILLEGALLY daily and the processing can take a toll on anyone of any gender and any race,’ she posted.

Some people were referring to the woman as a ‘latina hero.’

‘#IceBae is a latina hero that knows about the factual dangers of letting in illegals. Democrats hate seeing minorities that have escaped their ways of thinking.Thank You for your service,’ someone tweeted.

It appears Cervante’s picture went viral after Bryan Sharpe, aka Hotep Jesus, author of the book ‘Twitter Marketing: How to Build a Cult-Like Following’ tweeted: ‘Trump gave us #IceBae Best President Ever!’