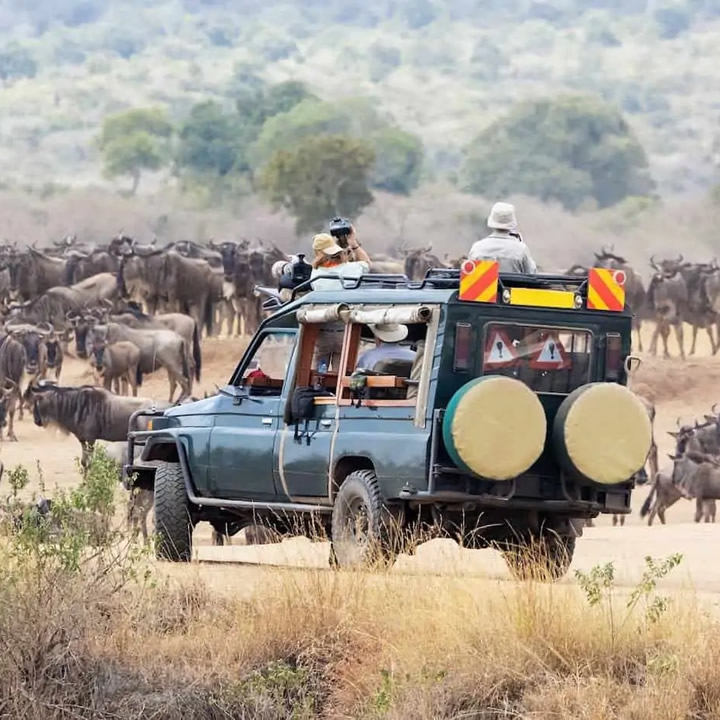 Kenya has some of the most photogenic yet dynamic panoramic views, making it an ideal shooting location for films of all kinds. The country’s wide-open spaces, scenic beaches, and glorious weather make for outstanding cinematography across all genres.

Whether you are about to shoot an adventure story, epic drama, post-apocalyptic sci-fi piece, or nature documentary, the country’s landscape has you covered.

Aside from the apparent gains in picture quality, film producers have capitalized on the budget-friendly climate the country offers. The low cost of licenses and other overheads make Kenyan locations affordable to filmmakers.

As one of Africa’s busiest business and tourism hubs, the country boasts a world-class infrastructure. It includes excellent security, transport, accommodation, and telecommunication networks, providing a conducive and relaxing environment for both cast and crew.

Here are some of the successful and critically acclaimed films that were shot wholly or partly in Kenya.

Mainly shot in the sensational Maasai Mara Game Reserve, Out of Africa is a memorable retelling of the real-life love tale of a Danish noblewoman and author, Karen Blixen.

Taking on the role of Karen Blixen is the esteemed Meryl Streep, whose flawless performance led this movie to be considered one of the best performances of her illustrious career.

The movie went on to scoop a whopping seven Oscar awards, including Best Picture.

During the 6-month long shoot in Kenya, the crew oscillated between shooting a few scenes down at the coastal city of Mombasa and the rest of it in Maasai Mara.

The videography oozes an authentic vibe that is only possible when filming in a genuinely awe-inspiring location.

Besides an abundance of wildlife and rolling plains, the edge of the Maasai Mara presents sweeping views of the Great Rift Valley below. It almost feels like you are in an ethereal sweet spot, suspended between heaven and earth with the glorious African sunset connecting the two worlds.

In the words of Meryl Streep, it was a truly ‘magical experience’ shooting in the Mara.

Tomb Raider: The Cradle of Life is an action/ adventure film starring Angelina Jolie and Gerard Butler, among other notable stars.

Lara Croft (Jolie) is an English archaeologist, and treasure hunter sent to a fictional ancient country to extract the mythical Pandora’s box. The box is an accursed artifact said to contain a deadly plague.

As it turns out, a mad scientist is also after the artifact, with plans to annihilate the world, meaning it’s a race against time for Croft and her cohorts.

A substantial portion of the action scenes is shot at Hell’s Gate National Park and Amboseli National Park in Kenya. Hell’s Gate Park’s volcanic rocks bring character to the film with steep and majestic cliffs and gorges.

The park also provided the critical scenes at the core of the movie where the story’s tombs are located.

As a location, Hell’s Gate was borne of intense volcanic activity and boasts spectacular scenery, natural spas and wildlife diversity.

Set in the Great Rift Valley, the First Grader is a biographical movie. It tells the true story of the 84-year old Kimani Maruge, who set the Guinness World record as the most senior student to enroll in primary school.

Despite his advanced age, the old freedom fighter turned farmer enrolled in Primary school to study alongside kids. He wished to take advantage of the free primary school education which had just been rolled out by the Kenyan government in 2003.

However, he faced unexpected ridicule and backlash for his efforts, with the controversy snowballing right to the highest offices in the capital, Nairobi.

Sense8 is a sci-fi thriller series running on Netflix which tells the story of eight fictional characters who are telepathically connected.

As a result of this telepathy, they can tap into each other’s above-average abilities and talents. In the series, the creators of the Matrix trilogy take us on an exciting journey of self-discovery for these eight individuals.

In their quest to understand what is happening, the characters encounter existential threats from some shadowy organization and have to fight for their lives.

The series was shot in nine cities, including six locations in Kenya. However, unlike the other contenders in this list, this one features shoots done in the capital city, Nairobi.

It is yet another testament to the versatility of Kenyan destinations and the people on the ground.

Local talent supplemented the cast and crew with eight Kenyan actors and over 700 extras coming on board.

The series received a total of sixteen nominations and has won three awards. Among the wins was the Location Managers Guild International Awards (LMGI) in 2016 for ‘Outstanding locations in a contemporary television series.’

The Constant Gardener takes you on a thrilling drama of murder and cover-up. A diplomat, Justine Quayle (Ralph Fiennes), tries to unravel the circumstances of his activist wife’s Tessa Quayle (Rachel Weisz) death.

Although the murder initially appears like an open and shut case, it soon spirals into a medical conspiracy of monumental proportions.

While most of the scenes were shot in Kenya, from Loiyangalani in Turkana-northwestern Kenya to Magadi and Kiambu, a few of the last shoots happened in Canada.

The crew opted for these Kenyan locations due to their texture and subtle originality. These included unscripted scenes bursting with color in the city to the pastel moon-like surfaces of Loiyangalani and Magadi.

The film scored a raft of awards and nominations, including Best Cinematography, and an Oscar wins for Rachel Weisz.