Idaho police are asking for information regarding a white Hyundai Elantra that was in the ‘immediate area’ of the Moscow home where four students were found dead.

The car was found near King Road in the ‘early morning hours’ of November 13, the same morning Kaylee Goncalves, 21, Maddie Mogen, 21, Xana Kernodle, 20, and Ethan Chapin, 20, were found dead inside their off-campus home.

Police believe the occupants of the vehicle ‘may have critical information’ regarding the murder case, which the state has already funneled $1million into the investigation.

Authorities did not elaborate on why they believed the vehicle was somehow involved in the incident and said they did not know the car’s license plate.

Police were also seen at the King Road home on Wednesday removing the victims’ personal items.

The Moscow Police Department posted stock images of a white Hyundai Elantra (pictured) as they are looking to speak with the occupants of a similar vehicle found near the home of the four University of Idaho students who were murdered on November 13. Police believe the occupants of the vehicle ‘may have critical information’ regarding the murder case 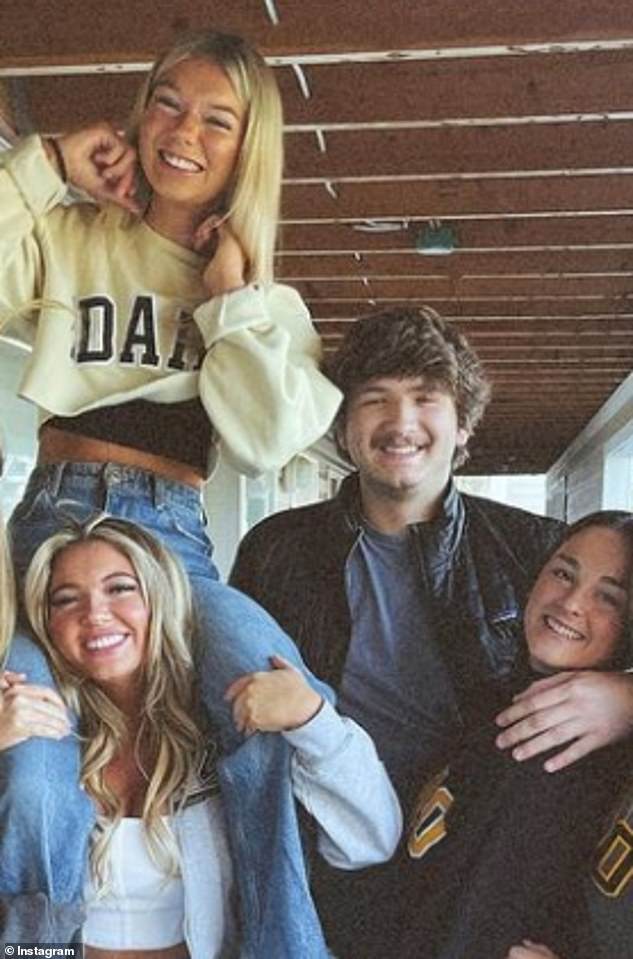 Cops arrived with boxes at around 9.40am local time on Wednesday and entered the scene of last month’s massacre, with Moscow Police Chief James Fry joining the effort and personally driving a U-Haul filled with the personal effects.

About a dozen cops and other personnel entered the house, which is still taped off as an active crime scene. Once inside, they closed the front door, which is adorned with a Christmas wreath.

Among the items removed from the home were victim Madison Mogen’s favorite pink cowboy boots, which had sat undisturbed in a window since November 13, when the four University of Idaho students were fatally stabbed inside, likely as they slept.

‘We just went in to gather the belongings, and we’re just trying to give stuff back to the families so that they can have some closure,’ Fry told reporters before driving off in the rented U-Haul.

Three weeks after the grisly killings, police still have no suspects and no murder weapon, but Fry insisted that the case has not gone cold. 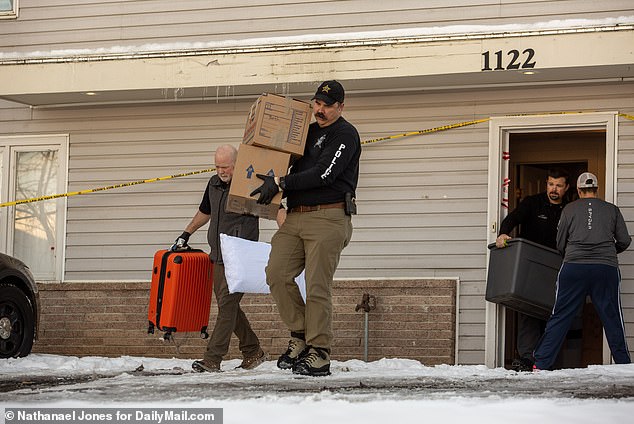 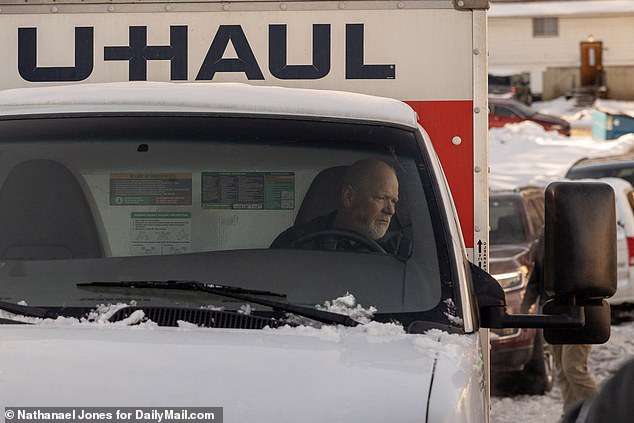 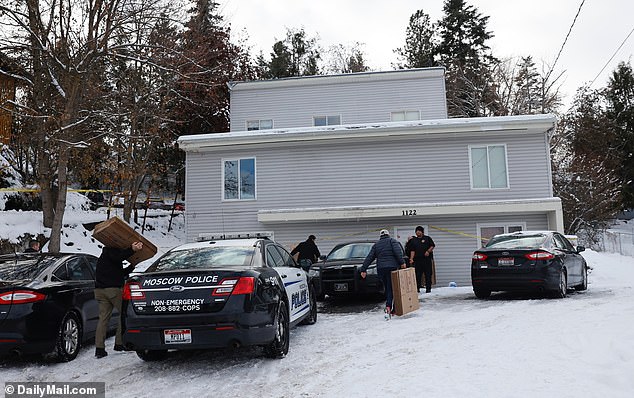 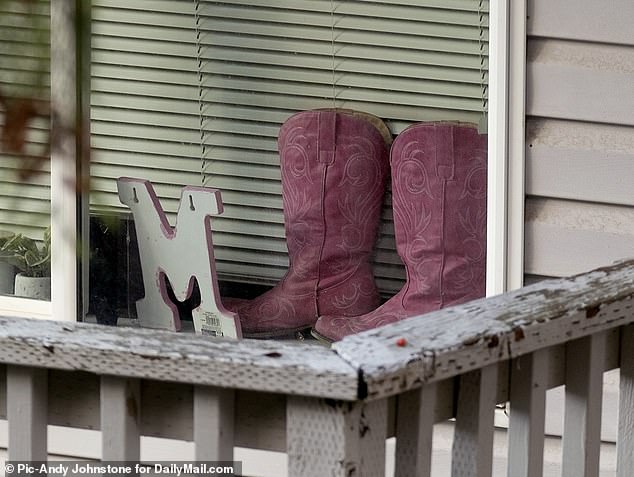 Among the items removed from the home were victim Madison Mogen’s favorite pink cowboy boots, which had sat undisturbed in a window since the November 13 murders

‘But there also comes a point in time where the family needs to have those belongings back, the ones that we can get them back,’ he added. ‘They’ve asked for some of those things back, so we’re ready to take care of that for them.’

Chief Fry explained why he wanted to personally join in boxing up and removing items from the home.

‘We’re going to be getting those items back to the families. It’s time for us to get those things back that really mean something to those families, and hopefully to help with some of their healing,’ said Fry.

‘I’m a dad, so I understand the meaning behind some of those things,’ added the chief, whose department has come under withering criticism from the victims’ families over perceived missteps and delays in the investigation. 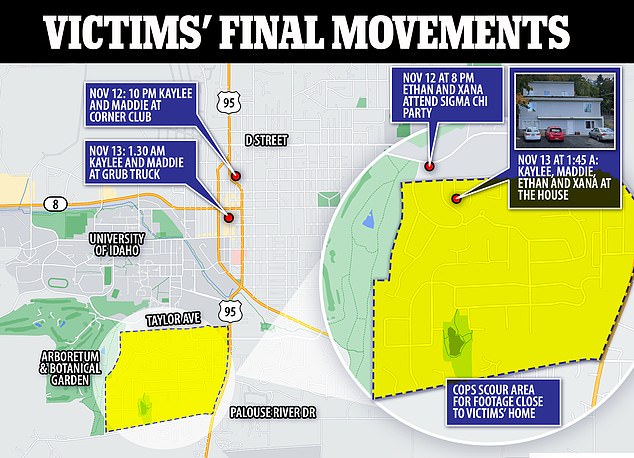 Kaylee and Madison had spent the evening visiting a sports bar and food truck, while Xana and Ethan has visited Ethan’s fraternity house just a short walk away from Xana’s home

The Moscow Police Department, a tiny 36-member force that is leading the complex investigation, said in a statement that personal items from the home will be transported to a secure storage location, where family members can view and retrieve them.

‘The house remains an active crime scene, and progress continues to be made in the investigation,’ the department insisted.

‘Moscow Police and investigative partners continue to work with the victim’s families on the investigation and ongoing developments,’ the statement added.

The victims are believed to have been killed in their sleep after returning home following a Saturday night out.

Kaylee and Madison had spent the evening visiting a sports bar and food truck, while Xana and Ethan has visited Ethan’s fraternity house just a short walk away from Xana’s home, where they were killed. 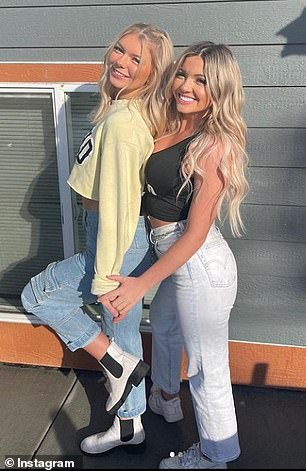 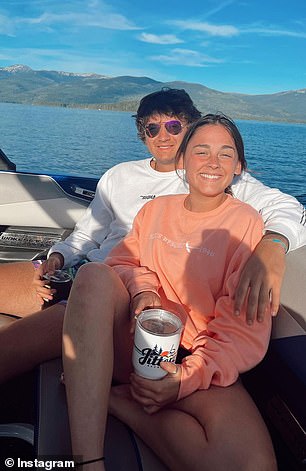 Three weeks after the slayings, police have not identified a suspect or the murder weapon, and the families of the victims have been left with more questions than answers.

Kaylee’s father Steven has been vocal about his dissatisfaction with the Moscow Police Department’s investigation, which he said has ‘messed up a million times’ in a recent interview with Fox News.

He said he hoped a personal attorney will be able to force the hand of investigators to release evidence they have to the public.

‘There are things that we can request and things we can do to get to the truth faster,’ he said. ‘You have to fill out forms to get this evidence released to you. I don’t know how to do that.’

‘There seems to be confusion everywhere you look. It’s just absurd the kind of stuff that’s going on right now.’

Among his frustrations with the department’s lack of transparency was their refusal to reveal the alibis of certain people they say they’ve cleared of suspicion.

‘If you don’t share your alibi, then you’re scared your alibi isn’t strong enough to share with the community because that gives them a chance to peer review it,’ Goncalves said.

He also expressed frustration that investigators wouldn’t explain why they thought there was no connection between stabbings that recently occurred in both Washington and Oregon.

‘They’ve messed up a million times. But I don’t get to say that because what experience does Steve have?’ he added. ‘He doesn’t know. He’s just a dad who woke up one day and had his life turned upside down.’