A mother-of-four from Idaho was seen on video getting arrested on Tuesday for violating coronavirus restrictions by being at a closed playground, sparking a large protest at the the local City Hall hours later.

Sara Walton Brady, 40, from Meridian, was in the shuttered playground section of Kleiner Park with her children just before 4pm along with other people to protest against the state’s stay-at-home order.

The rally was organized by the Idaho Freedom Foundation – a conservative organization dedicated, according to its website, to depleting ‘the power of special interests and free people from government dependency.’ 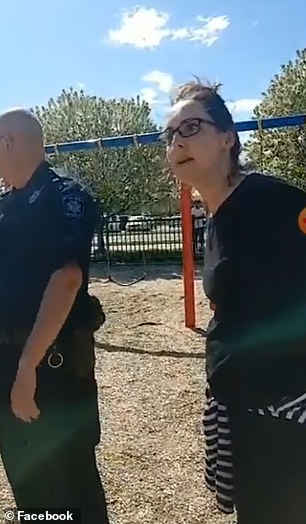 Sara Brady, 40, was arrested on a misdemeanor trespassing charge for bringing her children to a playground in Meridian, Idaho, which has been closed due to COVID-19 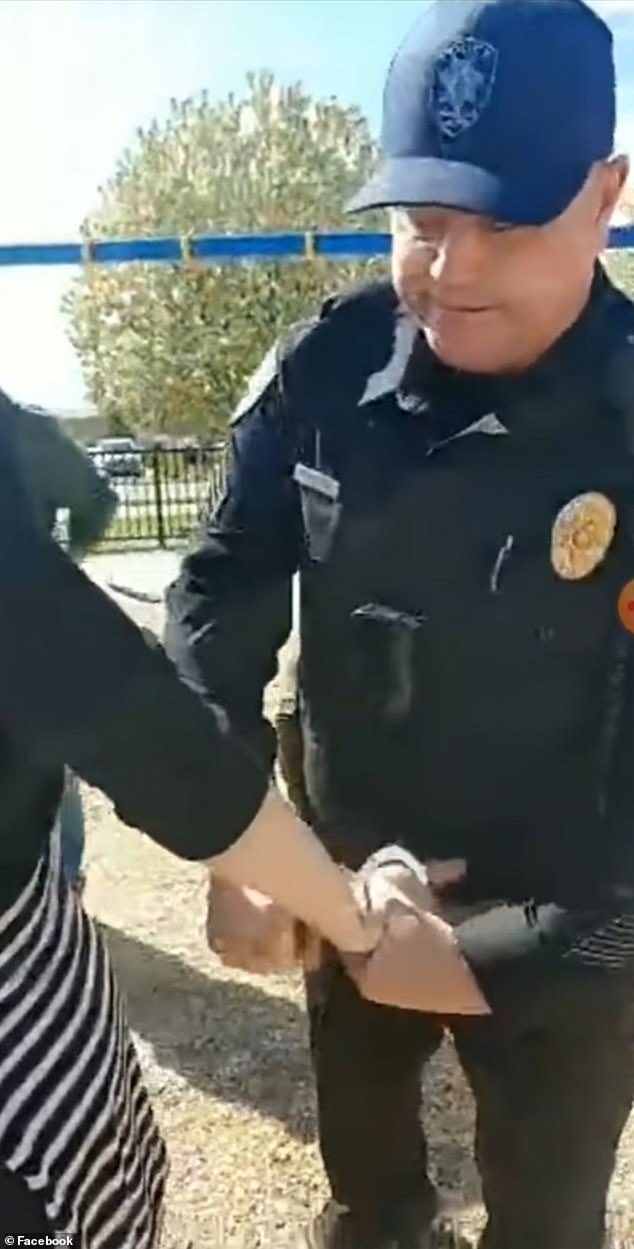 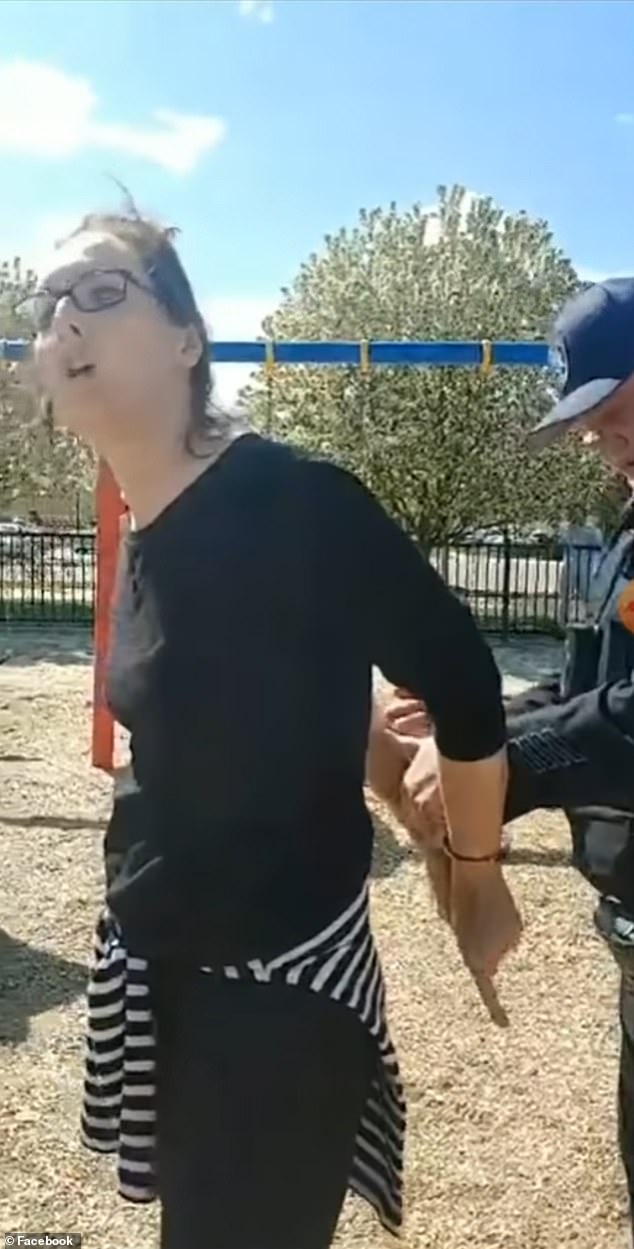 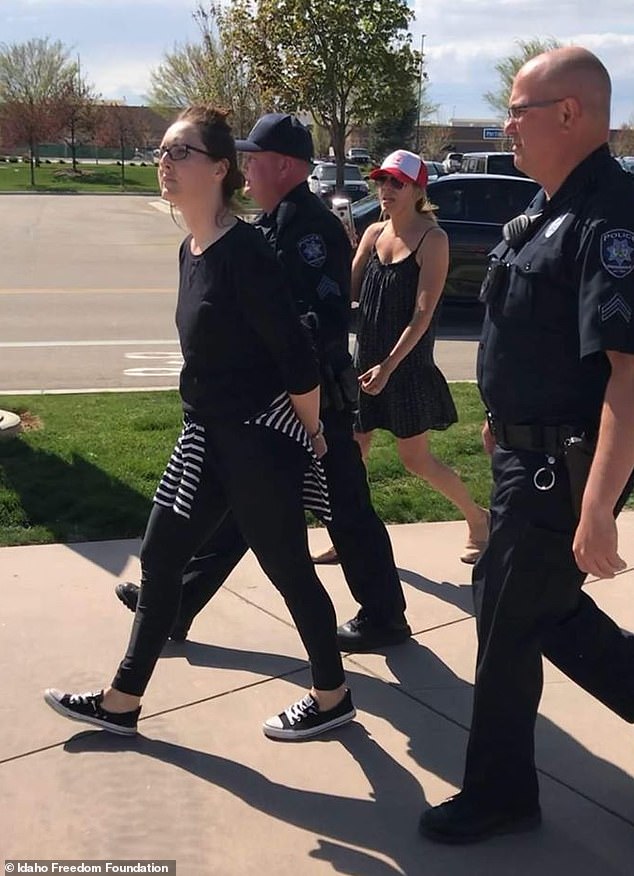 The group has been vocal in its opposition to Idaho Governor Brad Little’s stay-at-home order and has been staging peaceful protests at various locations closed due to the coronavirus outbreak. 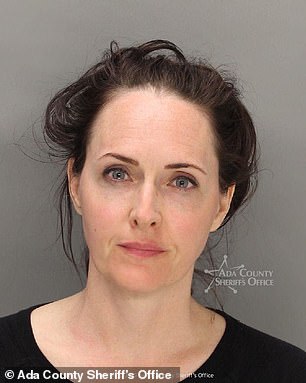 According to the latest data, as of Wednesday morning Idaho had 1,766 confirmed cases of COVID-19 and 51 deaths.

According to the Meridian Police Department, on Tuesday, the demonstrators removed metal signage and caution tape announcing the playground closure due to the COVID-19 outbreak.

Brady and the other people were repeatedly told the playground area was off-limits and invited to use other parts of the park if they so chose.

Cellphone video recorded by another woman at the park captured the moment Brady was arrested for refusing to leave.

‘Ma’am, I’ve told you to exit numerous times,’ an officer tells the bespectacled woman. ‘This is it. Exit the playground now. I’m really trying to be nice about this.’

Brady refused to leave and continued arguing with the officer, prompting him to give her ‘5 seconds’ to clear the playground area. 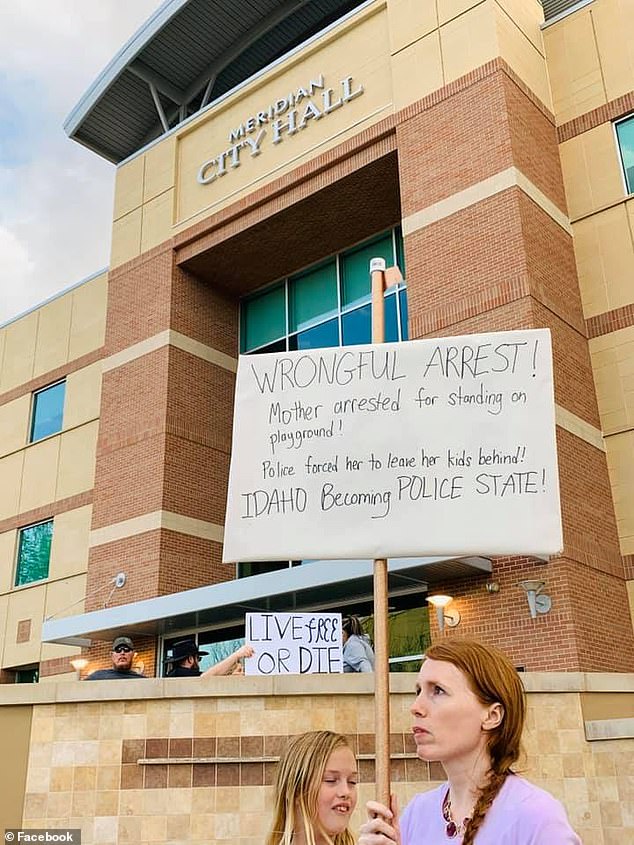 Following her arrest, some 100 people gathered outside the Meridian City Hall to stage a protest against the coronavirus restrictions 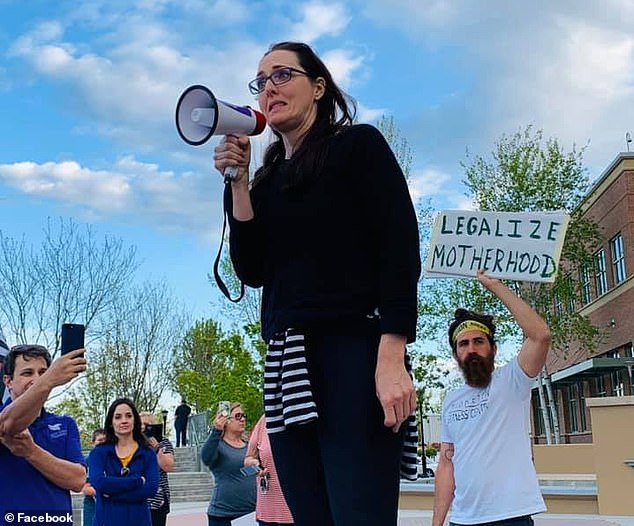 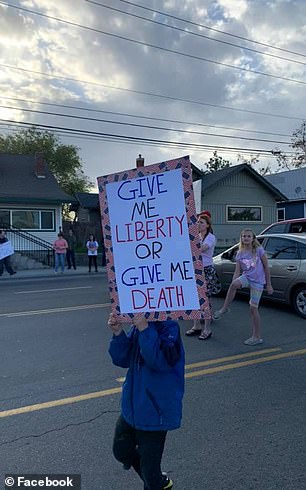 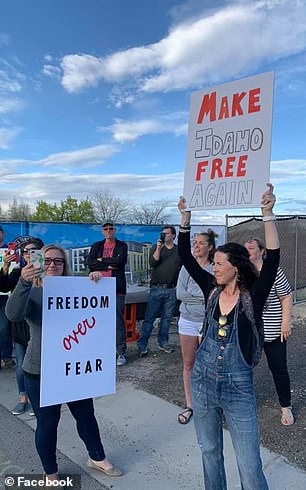 As the officer was counting down the seconds, a defiant Brady challenged him: ‘arrest me for being difficult. Do it.’

She then positioned her hands behind her back so that the officer could, place handcuffs on her, after telling the woman documenting the incident on her cellphone to ‘record it.’

‘Officer, you don’t wanna do it,’ the woman warns the cop off-camera.

The Meridian cop informs Brady that she is being detained. In response, she demands to know: ‘am I being arrested or detained?’

According to a press release from the police, Brady was booked into the local jail on a single count of misdemeanor trespassing.

The agency stressed that officers made several attempts to ‘help’ Beady adhere to the rules, but she was ‘non-compliant and forced officers to place her under arrest to resolve the issue.’

The statement from the police department said: ‘these are very trying times and the Meridian Police Department supports the public’s right to assemble for peaceful protest, however the right does not include damaging public property or ignoring closures of City property and facilities.’ 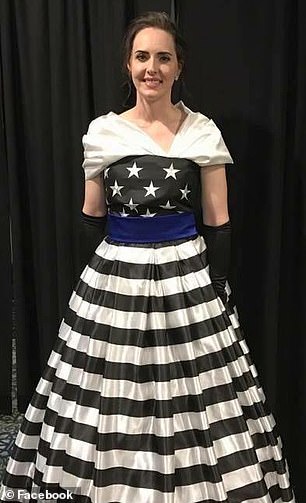 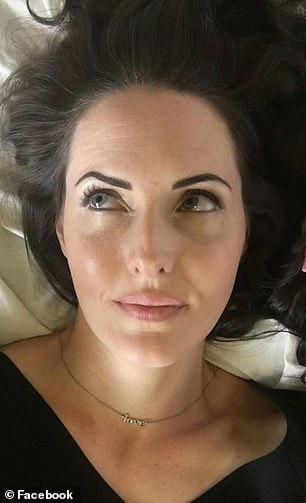 Brady, pictured left in a ‘Blue Lives Matter’-inspired gown, is married to a police detective in Boise. She is an outspoken anti-vaccination advocate

Brady, who is said to be married to a police officer from another department, was released from the county jail Tuesday evening, just in time to attend a massive protest organized by the Idaho Freedom Foundation outside the Meridian City Hall.

Some 100 people showed up carrying homemade signs, including Brady herself, who was photographed with a cardboard placard in her hands that read: ‘Land of the Free?’

The mom-of-four later spoke to the station KBOI, lamenting her plight.

Brady is the founder of the group Idahoans for Vaccine Freedom who made headlines in 2017 when her then-five-year-old son was denied admission into kindergarten over an immunization exemption, and than she demanded a public apology from officials.