Idaho cops are ‘confident’ person in white Hyundai Elantra spotted near scene of brutal murders has ‘critical information’ on the case: Officers comb through database of 22,000 car owners

Idaho cops are ‘confident’ that that the white Hyundai Elantra that was spotted near the scene where four students were savagely murdered holds ‘key’ information in the case.

Moscow Police Captain Roger Lanier said on Thursday they are sifting through a database of 22,000 registered white Hyundai Elantras that fit into their criteria that they are sorting through.

Lanier stressed the cops still needed help from public, saying the 22,000 ‘may not be all’ of the white Elantras in the area.

Police are investigating video footage from an Exxon Mobil gas station which shows a vehicle that sped by around 3:45am on November 13, approximately one mile from where Maddie Mogen, 21, Kaylee Goncalves, 21, Xana Kernodle, 20, and Kernodle’s boyfriend, Ethan Chapin, 20, were stabbed to death as they slept in their off-campus home between 3am and 4am.

On December 7, police announced the critical news that they were looking to speak with the occupant or occupants of a white 2011-2013 Hyundai Elantra that they said was in the ‘immediate area’ of the victims’ home on November 13, when the slayings occurred, ABC News reported.

On December 7 police announced the critical news that they were looking to speak with the occupant or occupants of a white 2011-2013 Hyundai Elantra that they said was in the ‘immediate area’ of the victims’ home on November 13, when the slayings occurred 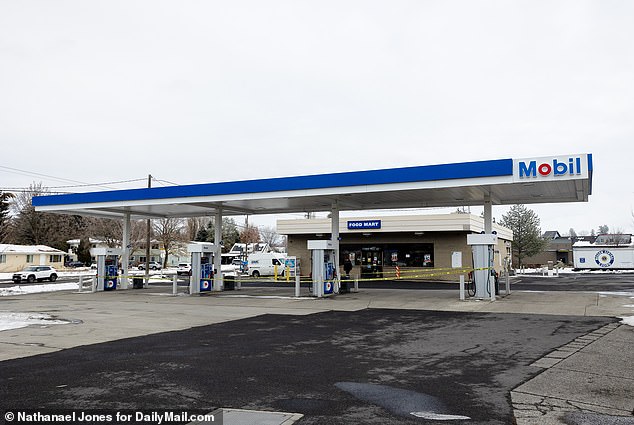 ‘Maybe one of your neighbors has one in the garage they don’t drive that often. Maybe there’s one that’s just not on the registration database,’ the captain said. ‘Let us know.’

On Thursday, Kaylee’s grieving parents, Kristi and Steven Goncalves, made a plea to local businesses asking them to comb through surveillance footage after a gas station attendant found a clip of a white Hyundai on the night of the unsolved killings.

They expressed grave concern that they could lose vital evidence as time is of the essence particularly since Tuesday marked one month in their daughter’s gruesome death. They are urging local businesses to check surveillance footage for other clues.

She told Good Morning America that there is ‘a 24-hour mark on a lot of those little video cams, there’s a seven-day, a one month.

‘We’re hitting the month [mark],’ Kaylee’s dad, Steven said. ‘If the key part of the evidence is outside that [time frame], then we have to get it now.’

Xana Kernodle’s family have been working on getting their own leads by handing out flyers around the University of Idaho campus and to local residents. Their goal, the family said, is to hand out 5,000 flyers, the news outlet reported

‘I think he really thought it out. I think he was quick, I think it was quiet. And he got in and he got out,’ Kristi said.

There are still no suspects at this time. Two of the roommates, who were home at the time of the killings but, most likely slept through it, are not suspects, police said. 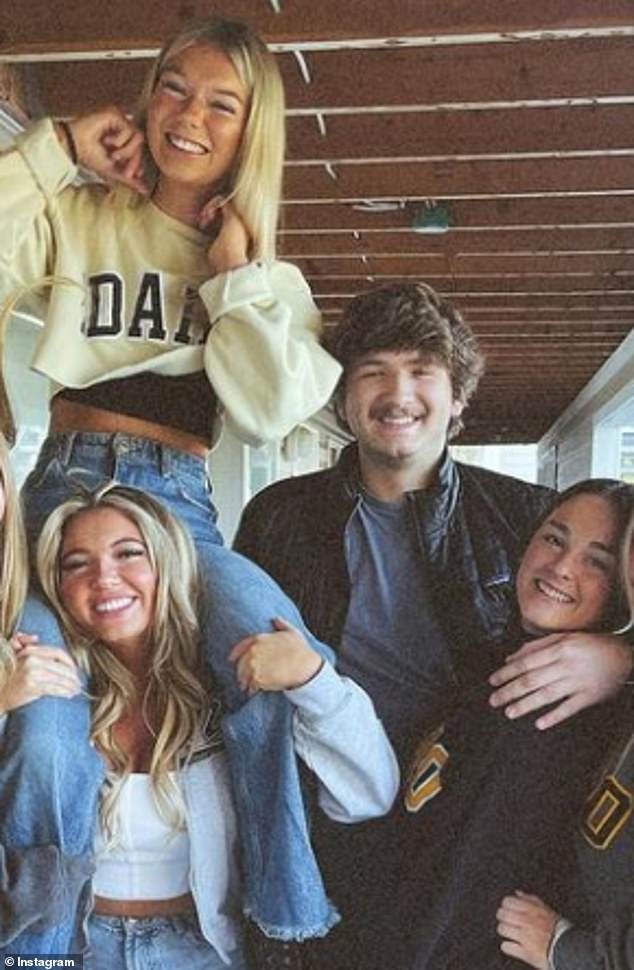 Idaho police have said the four University of Idaho students were murdered in their sleep between 3am and 4am on November 13. (Pictured: Victims Kaylee Goncalves, 21; Maddie Mogen, 21; Xana Kernodle, 20; and 20-year-old Ethan Chapin) 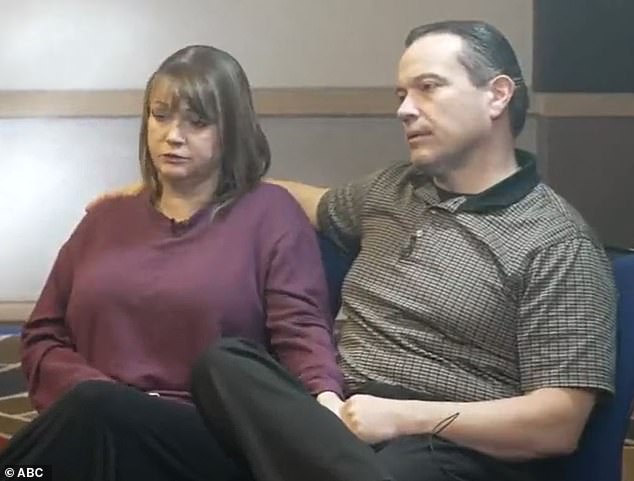 Kristi and Steven Goncalves worry they could lose vital evidence as the time since their daughter’s death surpasses the one-month mark. They are now urging local businesses to check surveillance footage for other clues 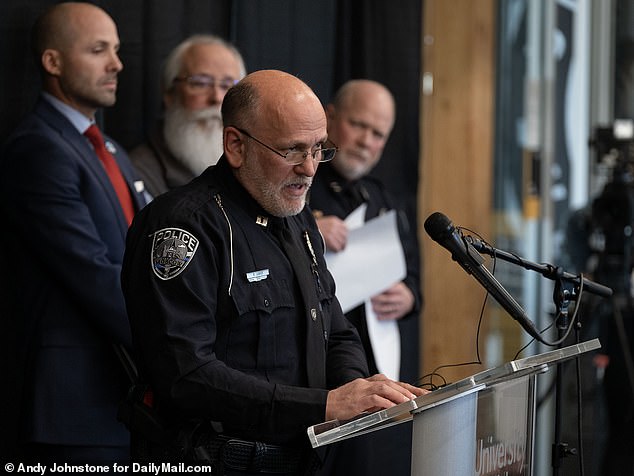 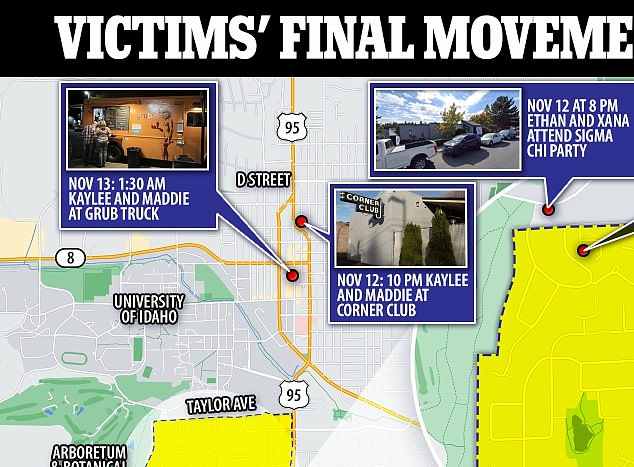