An American woman has shared a series of videos on TikTok in which she showed how she got her Canadian fiancé across the US border — and some viewers are slamming her for it.

Lauren, who is from Idaho, is engaged to Corey, who is based in Alberta. They can only spend six months at a time in the other person’s country, but the pair normally manage to be together by going back and forth and traveling a lot.

Due to the pandemic — and a mostly-closed border between the two countries — they had been staying put in Canada for months until Lauren return home — which is how they concocted a plan to get Corey to Idaho with her.

Story: Lauren, from Idaho, and Corey, from Alberta, can only spend six months at a time in the other person’s country — so when Lauren’s time in Canada ran out, they made for the US 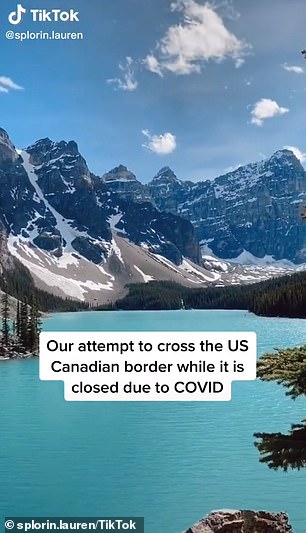 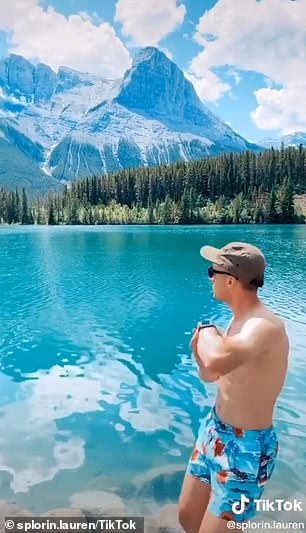 ‘This is the story of our attempt to cross the US-Canadian border while it is closed due to COVID,’ Lauren said in a viral TikTok video

‘This is the story of our attempt to cross the US-Canadian border while it is closed due to COVID,’ Lauren began her first video on the subject.

She explained the time limitations put on how long they can spend together in Canada and Mexico, and said the’s reached the limit on her stay up north.

‘Because of the pandemic, I’ve been in Canada since January and run out of days to stay,’ she said.

So they decided to travel together to Sandpoint, Idaho — but therein was the hitch.

The US-Canadian border has been closed to non-essential travel.

According to Homeland Security, the restrictions on all non-essential travel went into effect March 21 — meaning a ban on ‘travel that is considered tourism or recreational in nature.’

This made Lauren and Corey nervous, and they feared he wouldn’t be able to enter the US. 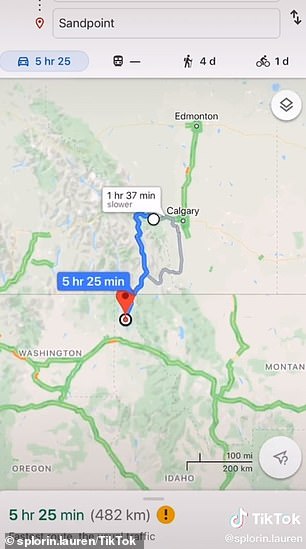 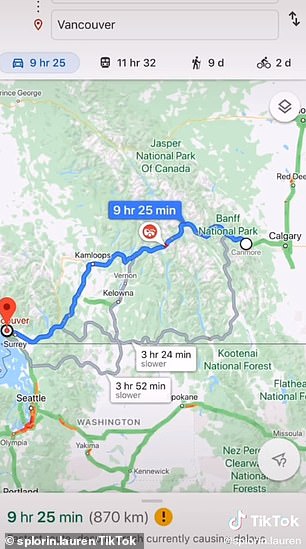 Lengthy: It would have been a five hour drive if they’d driven direct — but they heard Canadians couldn’t get across by car, so they found another route 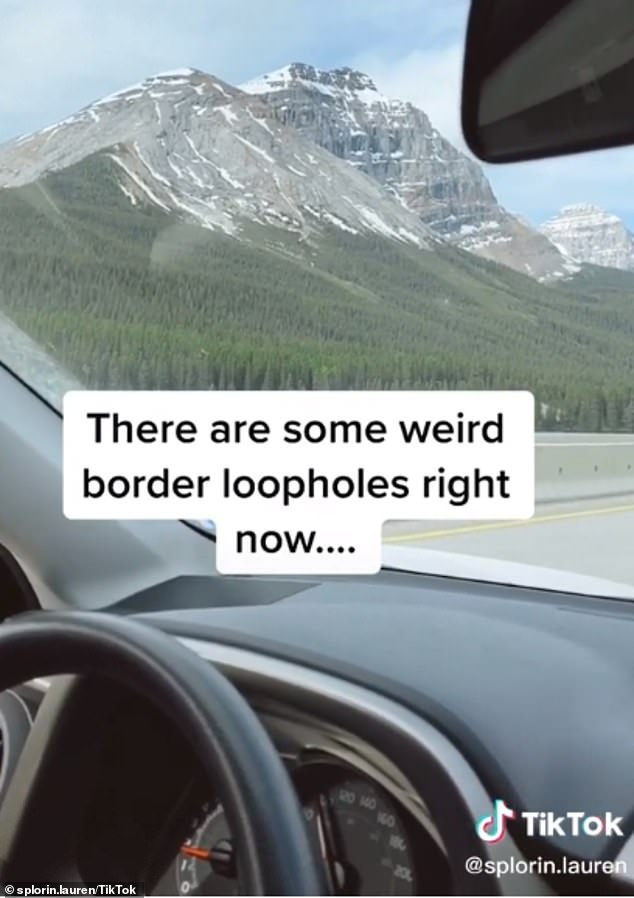 The game plan: They planned for Corey to fly from Vancouver to Seattle and Lauren to drive his car across the border 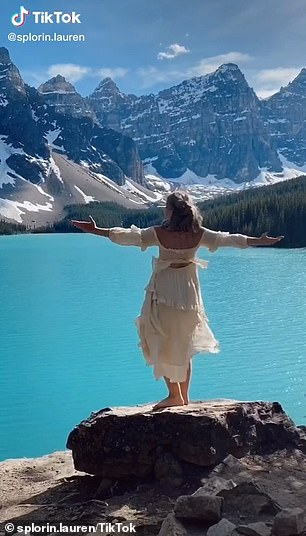 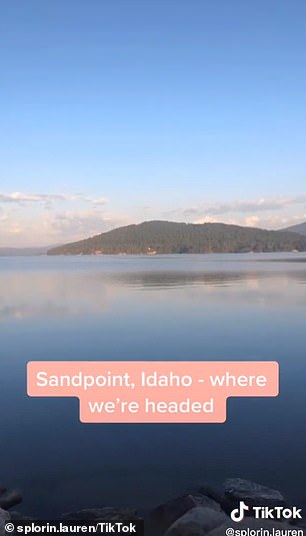 Here or there: The border between the two countries has been closed to non-essential travel since March 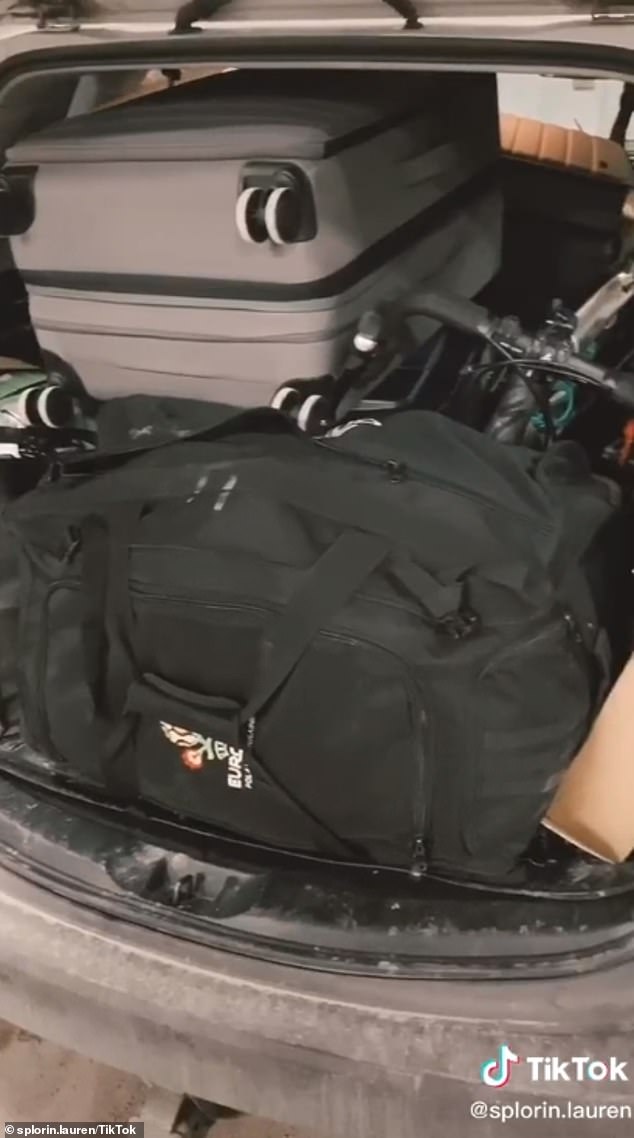 Getting going: They packed bags into a car and hit the road for their trip

‘We heard that while Canadians cannot drive into the US right now, they can fly,’ Lauren explained.

So even though driving directly would have taken them just five hours, they needed to come up with a more roundabout plan to get Corey and hiss car — filled with all of their stuff — into the US.

‘So,’ Lauren explained, ‘we’ll drive to Vancouver, Corey will fly to Seattle, [and] I’ll drive to pick him up there, before finally driving to Sandpoint for a total of 17 hours driving.’

She documented their whole trip, including their ‘super early start’ to pack up the car and hit the road.

They drove out of Banff in Alberta, Canada, which was ‘beautiful’ but they were so stressed about getting back to the US that it was ‘hard to appreciate’ it.

‘We honestly didn’t sleep for a week before doing this because we were so nervous,’ she said. 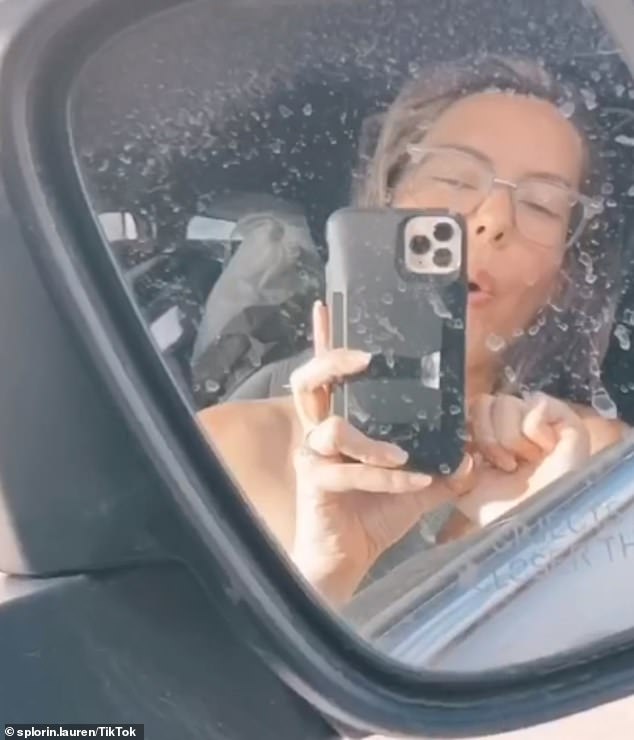 ‘We honestly didn’t sleep for a week before doing this because we were so nervous,’ she said 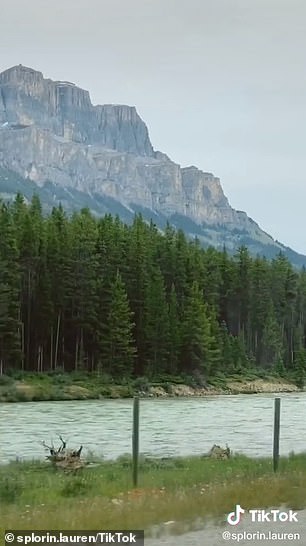 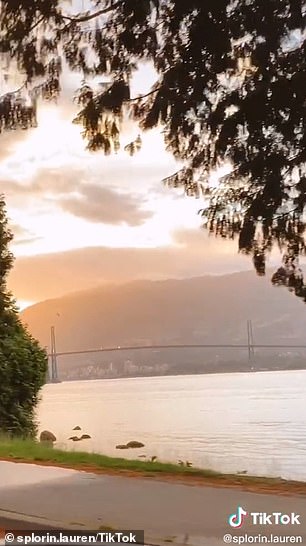 The view: Lauren shared photos and videos of what they saw along the way 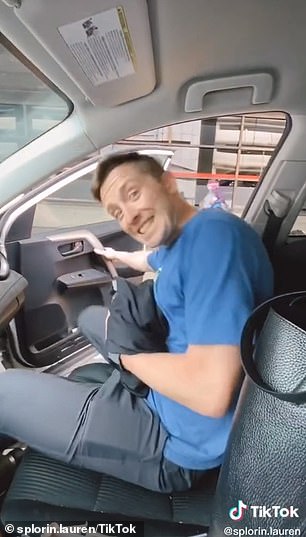 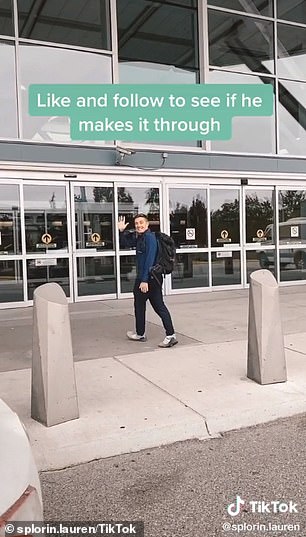 Bye for now! Corey nervously left her at the airport, which was mostly empty

They spent a night in Vancouver before dropping Corey at the airport, where he was relieved to make it in and past security

Lauren then made her way to the border in Corey’s car, where she feared that his Ontario license plates would pose a problem. But they didn’t, and she said getting through was ‘very easy’ — very likely due to her US passport.

Finally, she picked him up at the airport and the two made their way to Idaho.

‘There isn’t any mandatory quarantine for entering the US right now, but they’re going to anyway,’ she added.

Though the couple managed to complete their international travel plans without a hitch, some critics are calling out Lauren for the videos.

Some, oddly, have told her to ‘leave Canada’ — which, she pointed out, is exactly what she did. 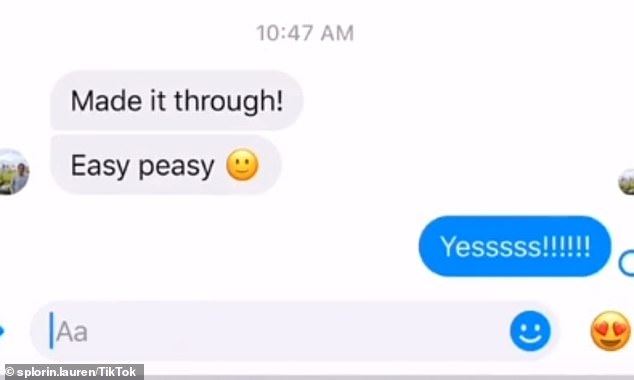 Phew! They were relieved when he got through airport security, and later through border control 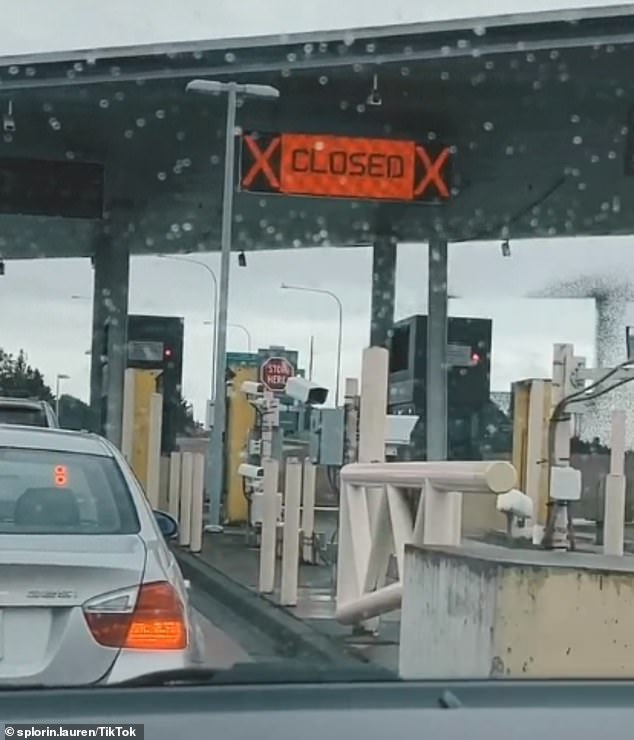 American: Lauren expected problems when she drove through at the border, but also had no trouble 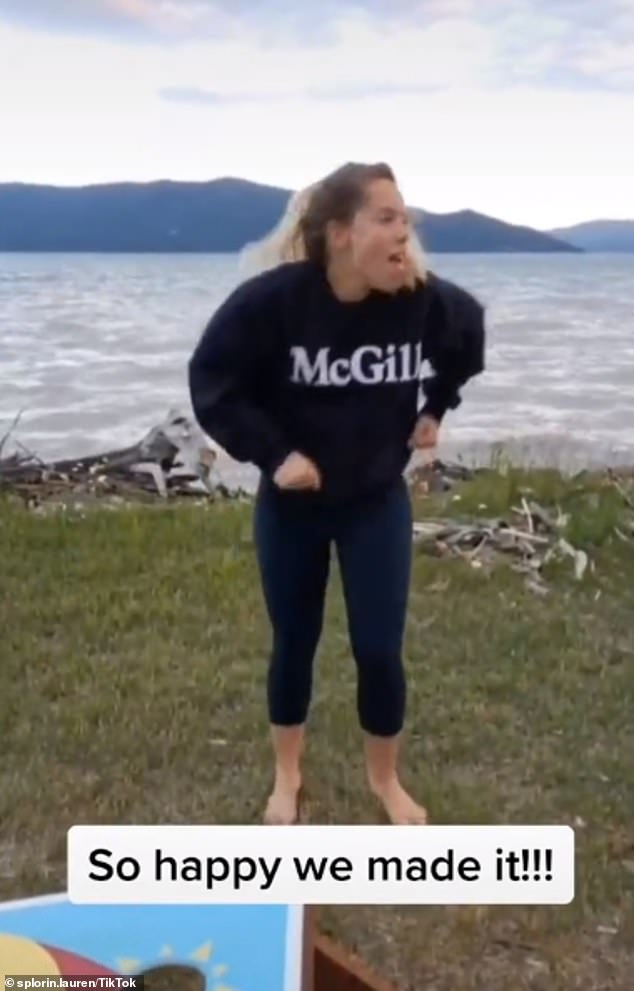 Critics: Though the couple managed to complete their international travel plans without a hitch, some critics are calling out Lauren for the videos

She has also posted a pair of followup videos mocking her critics.

While Corey managed to cross from Canada to the US without problems — his travel appears to have been deemed essential — others have not been so lucky.

More than 7,500 people have been turned away from the border by Canadian authorities since March 20, 87 per cent of whom were Americans trying to cross for non-essential travel.

Many were trying to cross for tourism, with 400 attempting the trip for non-essential shopping.

Unlike the US, Canada does have a mandatory two-week quarantine for those traveling to the country.