A college student’s hashtag #IfIDieInASchoolShooting, created in the wake of the latest high school shooting in Santa Fe, Texas, has gone viral.

Taking to Twitter, Andrew Schneidawind, 18, who is a freshman at University of Mary Washington and is majoring in digital media and communications wrote: ‘I’m gonna try and get a hashtag trending’.

‘If you wanna join, feel free,’ the Arlington, Virginia naive added before detailing what would happen if he died in a school shooting. 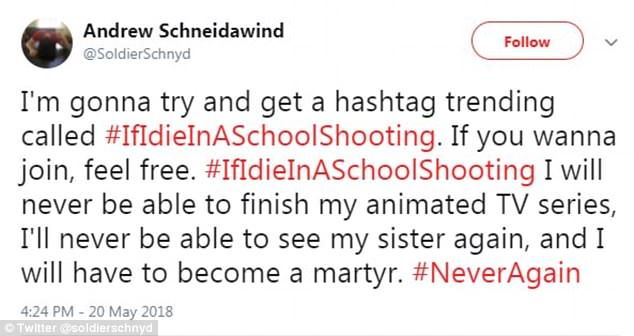 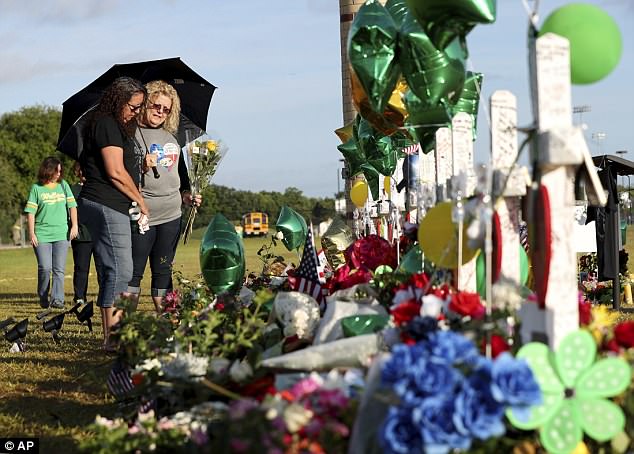 Motivated: Andrew shared in an interview with Teen Vogue that he felt compelled to do something after the most recent shooting at a high school in Santa Fe, Texas (pictured) 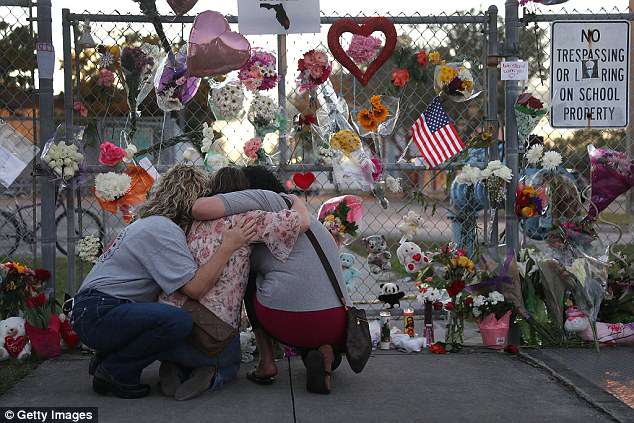 Lasting memory: He also explained that he was deeply affected by the tragedy in Parkland, Florida that claimed the lives of 17 people (pictured)

Since its inception on May 20, the hashtag has been tweeted nearly 50,000 times.

He also recounted that he was 12 when he first learned about the shooting at Sandy Hook Elementary school that killed 26 people, including 20 first graders.

‘It was horrible and looking back, it’s hard to understand how that was not the turning point. How did that not spawn any new gun legislation?’

‘The reality of it is, I have this fear every day,’ he added.

‘I’m not as paranoid as some people, but still, while I’m listening to my professors lecture, I plan escape routes in my head.’

And he also detailed that the recent school shooting in Parkland, Florida that claimed 17 lives also had a devastating impact. 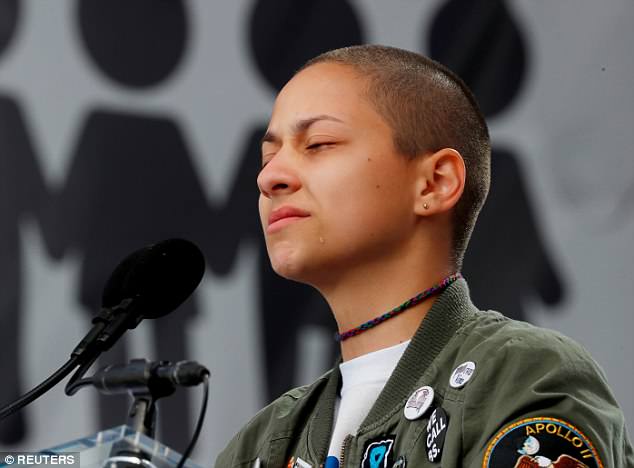 Powerful: Parkland survivor Emma Gonzalez has also used the hashtag and shared: ‘I’d get to see Carmen again’ – Andrew now wants to send the tweets to lawmakers like Paul Ryan

Viral: Since its inception on May 20, the hashtag has been tweeted nearly 50,000 times

Message: Other teens have rushed to share their own stories 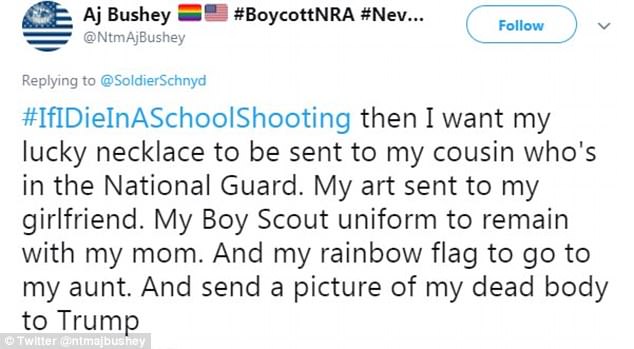 Extreme: One Twitter user added that they would send a picture of their dead body to Trump

While the hashtag is gaining visible momentum online, Andrew has plans to print out the tweets and mail them to Paul Ryan and other lawmakers who accept money from the NRA or oppose gun reform legislation.

These include tweets from Parkland survivors Emma Gonzalez who shared: ‘I’d get to see Carmen again’ and John Barnitt who wrote: ‘don’t say “it’s too soon to talk about it” because it would be too late to save me’.

Others are also using the hashtag to demand action and in another tweet, @AlexBGuitar wrote: ‘Dump my body on the floor of the Senate.’

A sentiment shared by twitter user @jordynzoe_ who shared: ‘deliver my heart to dana loesch on a silver platter because she’s a heartless woman and clearly needs a new one’, referencing the NRA spokesperson.

‘These are real people telling the world what they’ll leave behind,’ Andrew added.

‘It might make them feel bad and it will make them uncomfortable. But that’s the point. We don’t care about their comfort anymore, we care about ours. We want to be able to go to school not fearing bullets.’ 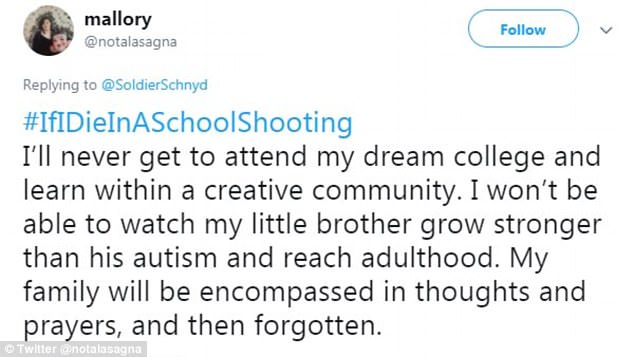 Broken dreams: This teen shared that she would never be able to watch her little brother grow up and work through his autism –

Saving lives: Another person shared that their dreams of saving lives as a paramedic would be shattered 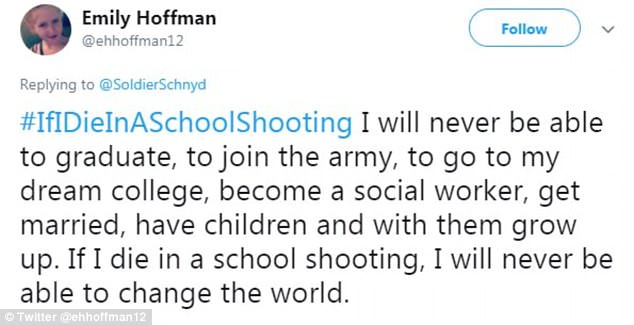 Spotlight: Another girl shared that if she died in a school shooting she would never be able to fulfill her dream of becoming an actress