Rapper Iggy Azalea has expressed concern that her Calabasas home will be lost to the wildfires raging in California.

The blaze, which threatens residents in Calabasas, Hidden Hills and Malibu, has already forced thousands of residents to flee the area.

The Fancy hit-maker, 28, took to social media on Friday to express her fears as the fire continued to spread: ‘I am genuinely concerned about my home burning down.’

‘I am genuinely concerned about my home burning down’: Rapper Iggy Azalea reveals her fear as her Calabasas mansion is threatened by the California wildfires

‘Its right on the canyon in Calabasas and I can’t get home to any of my things right now,’ she wrote on Twitter.

The Australian Mo Bounce singer, who moved to America when she was 16,  said she was getting ‘seriously anxious’ over the ordeal.

‘I am not at home (thankfully) and don’t really have much else to go off of with how the fires progressing,’ the worried star tweeted.

Iggy revealed that she wasn’t at home as the fires raged, but shared a video from the view of her backyard.

The video, believed to have been sent to her from a friend or staff member at the property, shows rolling hills beside her home covered with flames. 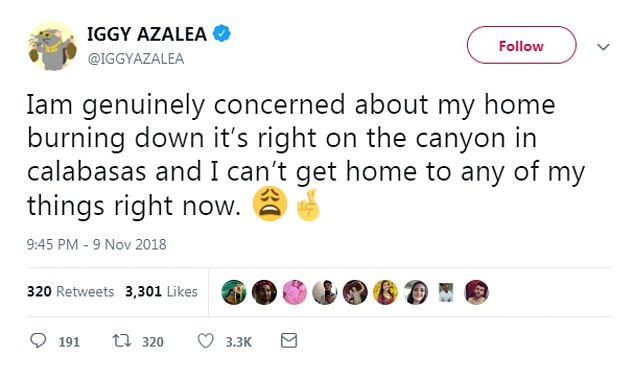 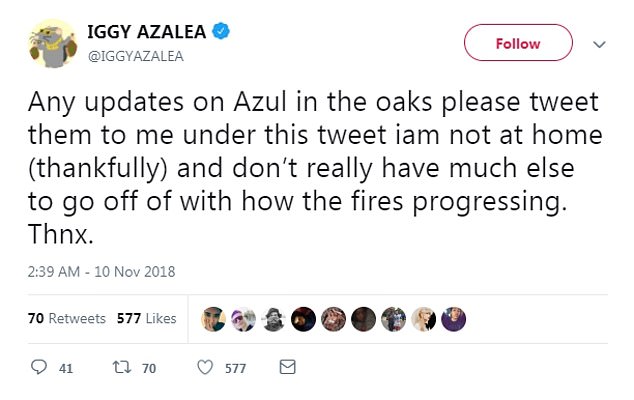 ‘Seriously anxious’: The 28-year-old shared a series of social media posts regarding the devastating blaze

Clouds of smoke extended hundreds of metres in the air in the video.

More than 20 million people from both South California and North California have been put under red flag warnings.

There are two wildfires burning in the south of the state, and one in the north. 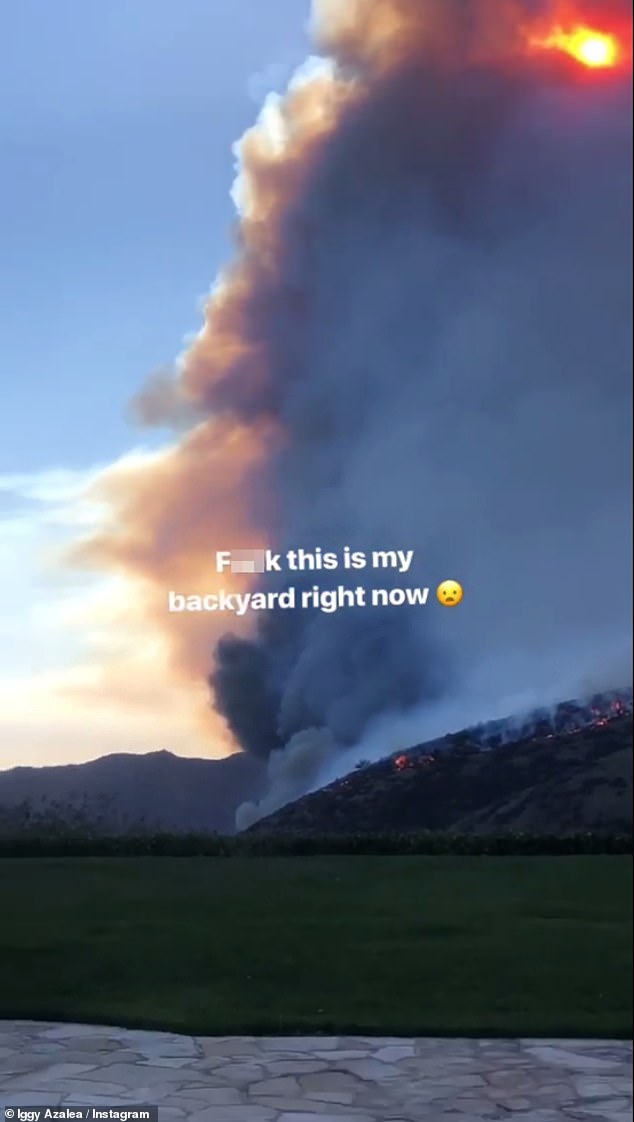 Terrifying! Iggy revealed that she wasn’t at home as the fires raged, but shared a video from the view of her backyard