The singer, 28, told her followers she was ‘exhausted’ after she faced a barrage of criticism for continuing to sing after her backup dancer collapsed on stage in Rio de Janeiro, Brazil, earlier that night.

The musician was performing her song Black Widow, when the dancer collapsed to the floor and suffered a seizure.

‘I’m worn down. I can do nothing right’: Iggy Azalea shared a troubling message saying she’s asking herself ‘what’s the point’ after criticism following backup dancer having seizure

After being slammed by fans for not briefly halting the show to seek medical assistance, she posted a message that read, at length: ‘Sometimes I really feel exhausted by the world.

‘It feels like ANY thing I do becomes an opportunity for people to tell me why I’m s**t, why my music sucks, my clothes are ugly, why I don’t matter or why I’m a horrible person.

‘I’m worn down. The last 4 years are just me existing in a world where I can do nothing right & it’s hard not to feel like “what’s the point” & keep motivated.’

She concluded with a call for her fans, and haters, to be ‘kinder’ to her and one another. 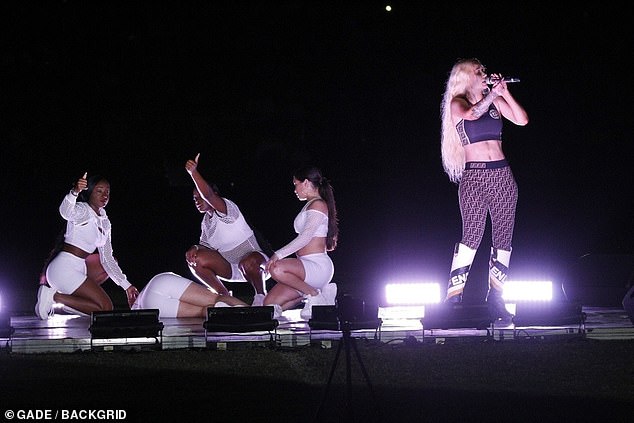 Tough: Iggy was slammed after continuing to sing following the collapse of her backup dancer on stage in Rio de Janeiro, Brazil, on Thursday (pictured) 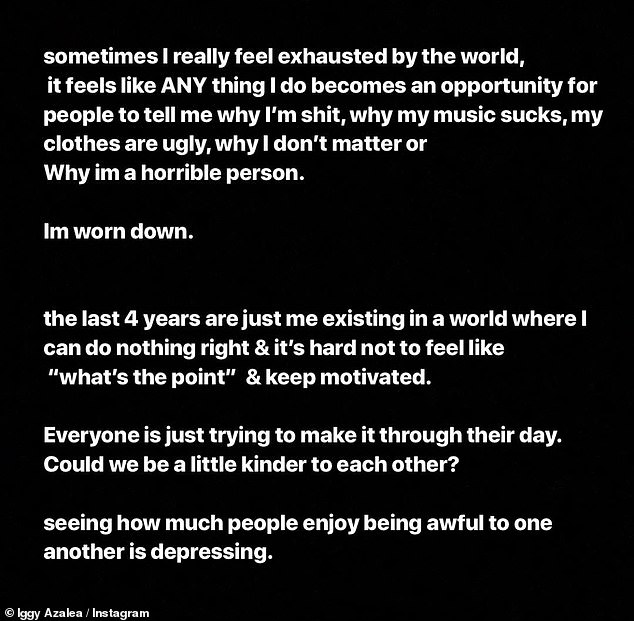 Worries: After the incident, Iggy took to Instagram Stories to share a troubling message suggesting she was distressed she could ‘do nothing right’ 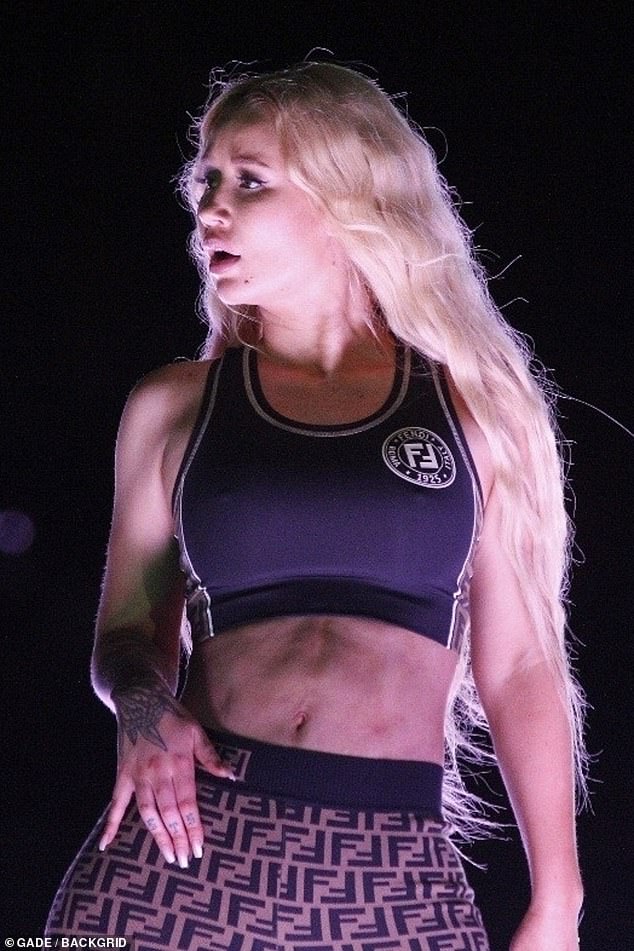 Troubling: The singer, 28, said she was left feeling ‘exhausted’ after she faced a barrage of criticism for the incident

‘Everyone is just trying to make it through their day. Could we be a little kinder to each other?

‘Seeing how much people enjoy being awful to one another is depressing,’ the rapper wrote.

Earlier on in the day, Iggy took to Instagram to update her fans on the scary incident, saying she just wanted ‘to let everyone asking know my dancer is OKAY’ in the wake of her seizure.

‘She is backstage feeling much better,’ the Fancy songstress wrote adding that the seizure was caused by ‘the lights & heat’ cascading down on the stage. 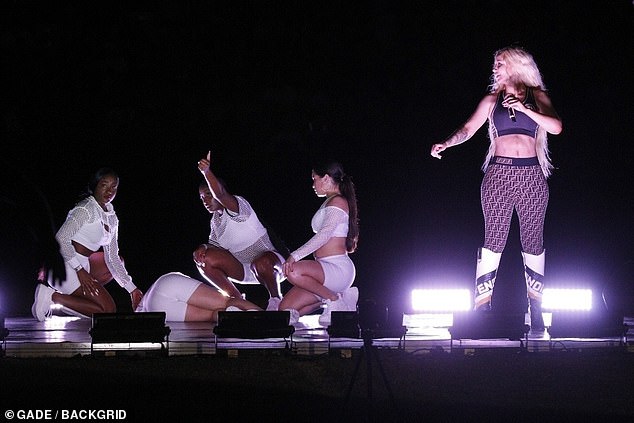 Difficult: Iggy’s Rio de Janeiro show at Maracanã Stadium was interrupted when one of her backup dancers suffered a seizure onstage as Izzy performed the song Black Widow 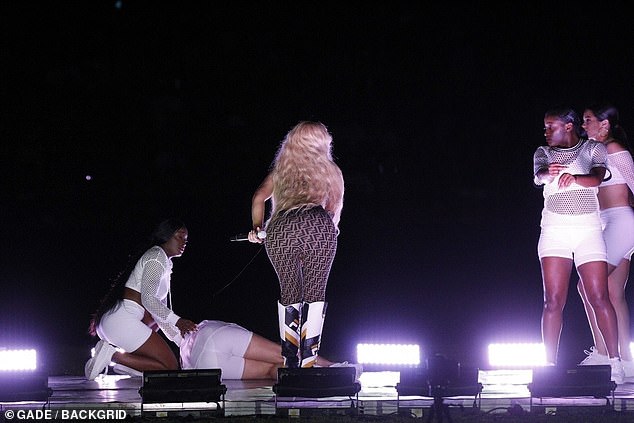 Clearing up: The Pretty Girls singer said she initially kept performing and requested a medic to the stage, not realizing the severity of the situation

The Pretty Girls singer also used the social media site to clear up some misconceptions that arose from the incident, as she initially kept performing and requested a medic to the stage, not realizing the severity of the situation.

‘I thought she had just fallen/twisted her ankle,’ the Trouble singer said.

‘And it may sound harsh but; you keep singing until the music stops & ask for a medic which is what I did.’

Iggy said she and her camp ‘are all just really shaken up by what happened & just thankful [the dancer] is okay.’ 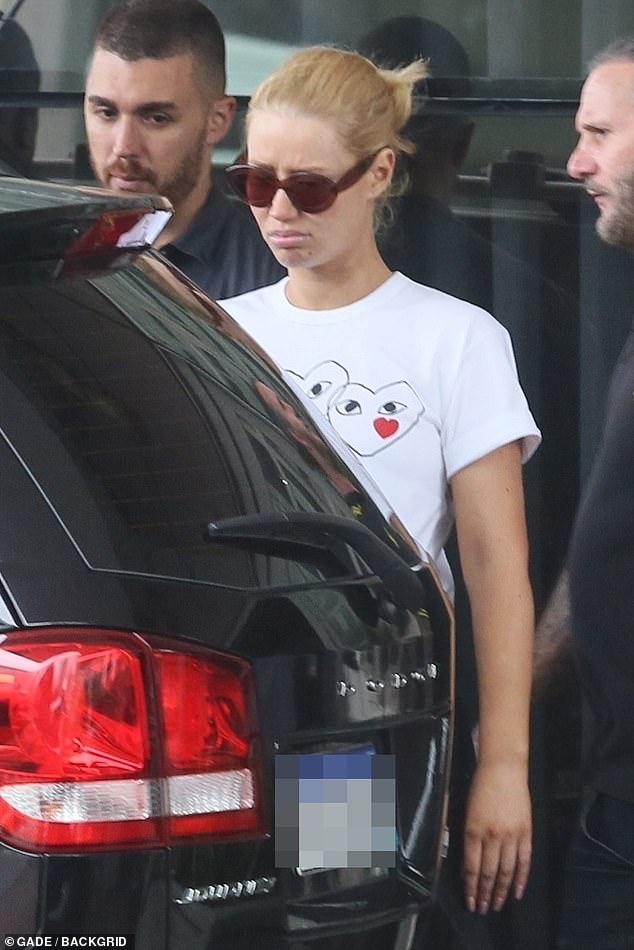 Tough: The hitmaker looked emotional and upset as she left her hotel in Rio de Janeiro after the incident, which she told her fans had left her ‘shaken’ 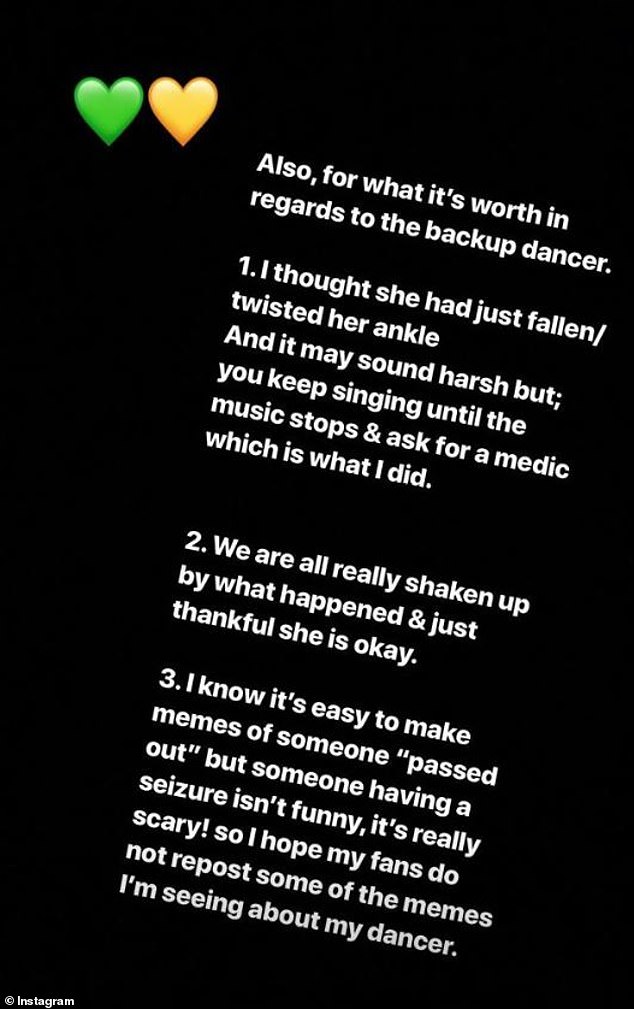 Update: Despite explaining what happened, the Australian performer was slammed on Twitter by fans who condemned the singer for her seemingly callous reaction to the situation

Azalea then pleaded for her fans to not share pictures of the stricken dancer.

She wrote: ‘I know it’s easy to make memes of someone ‘passed out’ but someone having a seizure isn’t funny, it’s really scary!

‘So I hope my fans do not repost some of the memes i’m seeing about my dancer.’

The Australian performer was slammed on Twitter by fans who condemned the singer for her seemingly callous reaction to the situation.

User @lanakane was quite verbose in her response to Iggy’s post: ‘I have never seen a performer look dead at someone who clearly needs serious medical attention and… keep going.

Criticism: The Australian performer was slammed on Twitter by fans who condemned the singer for her seemingly callous reaction to the situation

‘She didn’t even stop the song so they could make sure the medic was actually present/get that poor girl off stage. yuck, what a gross person!’

Other users, such as @shishybaby, rebuked the songstress: ‘Is she a psychopath? How can you see someone having a life threatening emergency and continue RAPPING (horribly) OVER THEIR BODY smh.’

However other fans showed their support to Iggy, with one writing: ‘sorry, you don’t deserve what happened.

‘Stay strong Iggy’, another fan typed: ‘You are an incredible person, a wonderful artist, do not feel despised, do not blame yourself, you know how much bigger you are and there are people who cheer for you!’ 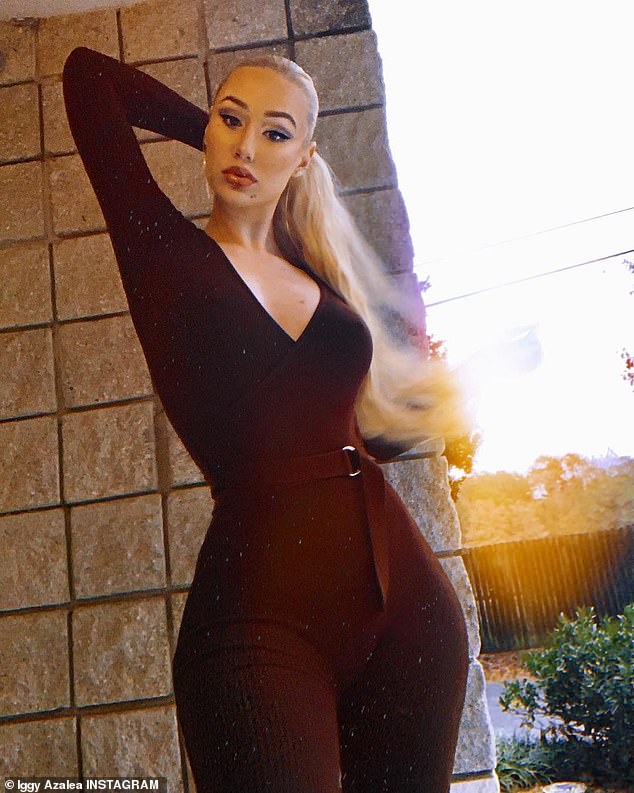 Iggy wrote sadly on Instagram: ‘I’m worn down. The last 4 years are just me existing in a world where I can do nothing right & it’s hard not to feel like “what’s the point” & keep motivated’