Ilhan Omar and newly-divorced boyfriend campaign for Sanders in Iowa

Ilhan Omar and her lover feel the Bern! Squad member and newly-divorced boyfriend campaign for Sanders in Iowa while he is trapped in Washington by Donald Trump’s trial

Rep. Ilhan Omar brought her lover Tim Mynett to Iowa with her as she stumped for Sen. Bernie Sanders, her 2020 pick.

The couple attended a canvassing kick-off Friday afternoon for the Vermont senator at one of his campaign offices in Des Moines.

While both Omar and Mynett sported rings on their ring fingers, Mynett said the couple hasn’t gotten hitched. ‘No that’s not a wedding ring,’ he said of the band he was sporting, before a campaign volunteer shooed DailyMail.com away. 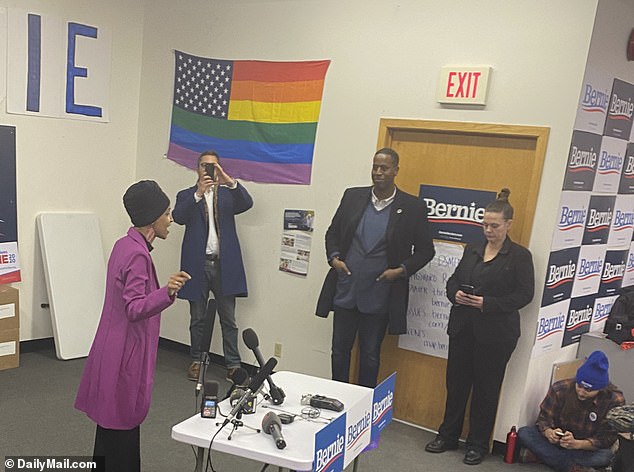 Tim Mynett (second from left) captured some of Rep. Ilhan Omar’s (left) brief speech as she stopped by a Sanders canvassing event in Des Moines, Iowa 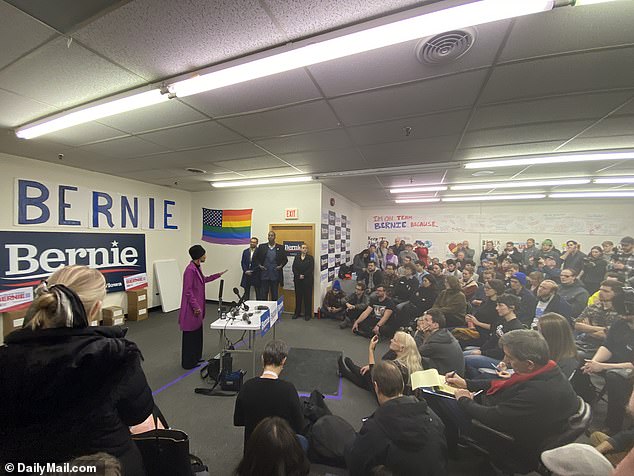 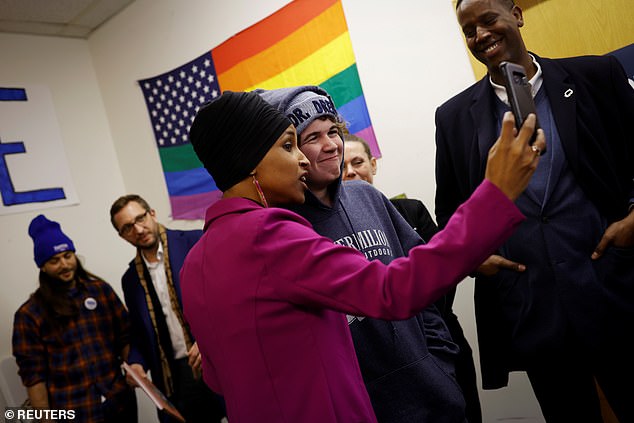 Tim Mynett (second from left) can be seen standing several feet behind his girlfriend, Rep. Ilhan Omar (center), as she takes a selfie with a fan 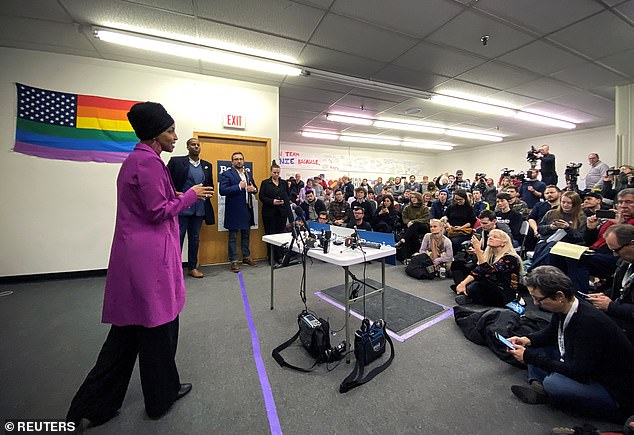 The newly divorced Omar gave brief remarks as Mynett – who also recently split from his wife – stood nearby, capturing some of her speech with his smart phone.

In July, DailyMail.com first reported that the then-married ‘Squad’ member had been spotted out to dinner in March in Playa Del Rey, California with a bespectacled mystery man, later identified as Mynett, a consultant who was doing work for her campaign.

They were seen holding hands.

Omar was still married to her husband at the time.

The next month, Mynett’s wife, Dr. Beth Mynett, filed for divorce – and blamed the freshman congresswoman for the split.

Tim Mynett denied he did such a thing in a counter-claim filed several days later.

At the Mynetts December divorce court date, Beth Mynett – who asked that her maiden name of Jordan be restored -. got up and announced that she had a statement to make, telling the courtroom her husband ‘had an affair with Ilhan Omar.’

With the divorce done, Tim Mynett left the downtown D.C. courthouse grinning and clapping in glee.

Omar’s divorce from her husband Ahmed Hirsi had been finalized the month before. Hirsi has already remarried.

Love has been in the air at Sanders events, with Jane Sanders gushing about her husband Thurday at a campaign concert. 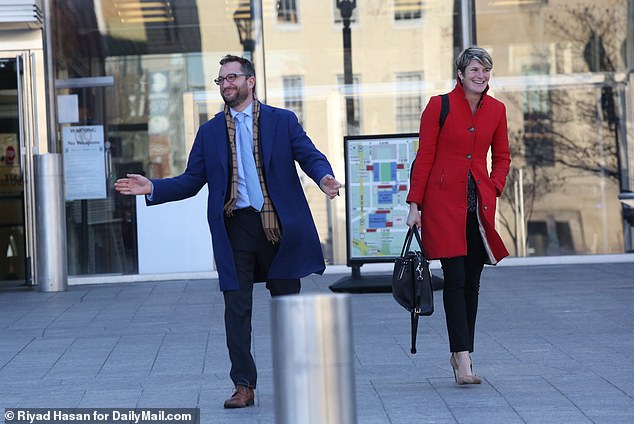 ‘I just fell in love with his ideas. Later, the man,’ the potential first lady told the audience about seeing her husband, then running for mayor of Burlington, Vermont, speak to a crowd in 1981. ‘And it felt incredible in the audience.’

Endorsements from three quarters of the so-called ‘Squad’ – Omar and Reps. Alexandria Ocasio-Cortez and Rashida Tlaib – have helped Sanders bounce back from an early October heart attack that kept him off the campaign trail for two weeks.

Now, with Sanders stuck in Washington as President Trump’s impeachment trial grinds on, they’ve all been spending time in Iowa trying to get the message out.

Ocasio-Cortez was in Hawkeye state last weekend, while both Omar and Tlaib will be at events this weekend.

The Iowa caucuses – which mark the first votes of the 2020 Democratic primary – take place Monday.