‘I think it was necessary to respond’: Ilkay Gundogan hails Manchester City for bouncing back from shock Norwich defeat against Shakhtar Donetsk as Pep Guardiola hails away win

Ilkay Gundogan praised Manchester City’s performance against Shakhtar Donetsk as his side responded to their shock defeat to Norwich.

Beaten 3-2 at Carrow Road last weekend, City responded with an impressive display in their opening Champions League group game, with Gundogan among the scorers in a 3-0 victory.

Riyad Mahrez put City in front in the 24th minute, with goals from Gundogan and Gabriel Jesus securing the win.

Gundogan told BT Sport: ‘I think it was necessary to respond and we responded quite well – all of us, not just individually, as a team. The result is the most important thing and on top of that we played quite well.

‘Scoring the first goal away always helps you. We never relaxed, we kept the ball quite well and we created a lot of chances and I think we should have scored one, two or three goals more.

‘The third goal killed the game and luckily for us we were able to play down the last 15-20 minutes.’ 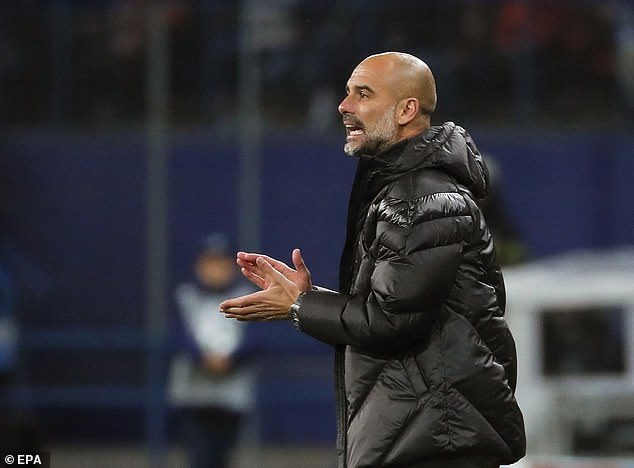 Pep Guardiola was pleased with his team’s overall performance, and felt that his side could have scored even more goals.

Guardiola said: ‘We defended really well and created chances, especially in the first minutes of the second half when we could have finished the game.

‘Three points away are so important. Now it’s in our hands. If we can close the games at home then we will be in the last 16.’

Guardiola stressed that Fernandinho put his experience to good use to help City defend diligently. 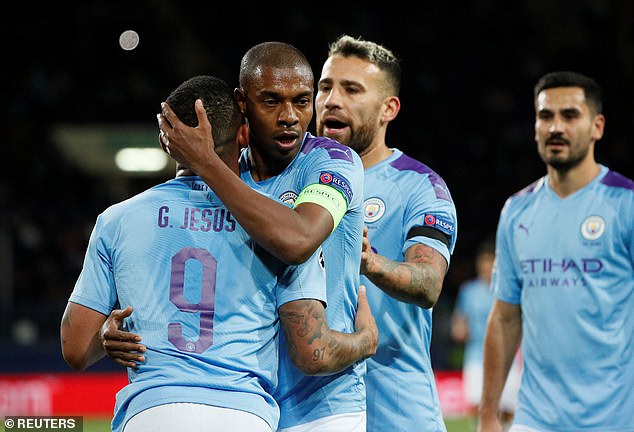 He told BT Sport: ‘We don’t have many choices, he’s the only one I have.

‘Others can play in that position but I think Fernandinho is a clever player and so intelligent and an incredible guy, so he did well.

‘He has a lot of experience and personality and what he says the people follow him in the locker room. He’s important.’

City return to Premier League action on Saturday when they host Watford.