A builder has been ordered to tear down a four-bed bungalow he illegally constructed behind high trees and hedges.

Steve Turley sold a six-bedroom family home for £640,000 before building another property concealed on adjoining land in Yorkley, Gloucestershire.

The Forest of Dean Council has now ordered him to bulldoze the property, built without planning permission, following a string of complaints from members of the public.

Steve Turley sold a six-bedroom family home for £640,000 before building another property concealed on adjoining land in Yorkley (pictured) 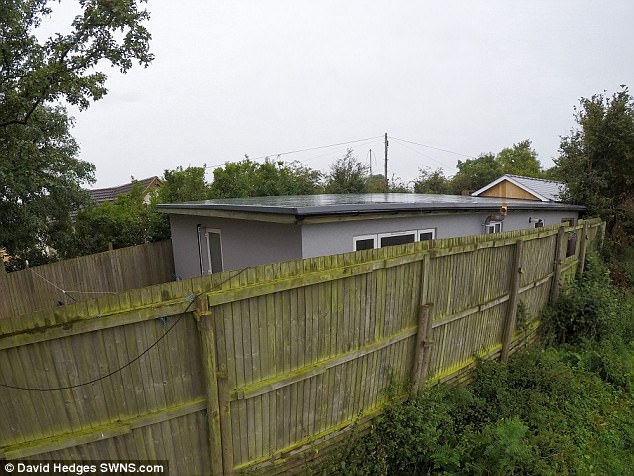 Planners also say a static caravan has been moved onto the land (pictured), portable buildings erected and sheds extended and clad

Councillors said Mr Turley must stop living on the site with his family and demolish the bungalow or they will take court action.

Officers tried to visit the property in January following a complaint but could not get in and returned in May after sending a letter to the owner requesting access.

The land was once part of his Yorkley Court Gatehouse, a six-bed family house with stunning views on the main road between Lydney and Yorkley in the Forest of Dean.

But in 2015 it was put on the market with no onward chain and subsequently sold, without the land on the opposite side of the road.

Planners also say a static caravan has been moved onto the land, portable buildings erected and sheds extended and clad to make them more residential. Large areas have also been concreted over.

A report by the Forest of Dean District Council says: ‘The owner has constructed a new four bedroom bungalow attached to the existing outbuildings within the last 18 months.

‘It appears that he has sought to conceal this within the site. 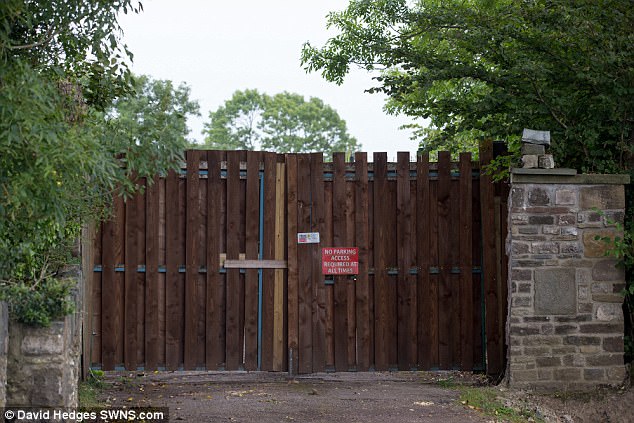 The bungalow was built without planning permission, and concealed behind trees and a gate

‘An aerial photograph taken in 2014 clearly shows that the bungalow did not exist at that time. Planning permission has not been granted for this building.

‘It appears that he has sought to conceal this within the site which is now being used by two of his immediate family members.’

Mr Turley claims it is permitted because it has ‘been there for some time’.

However the local authority claim it is a development they would not have approved because of its unsustainable location. 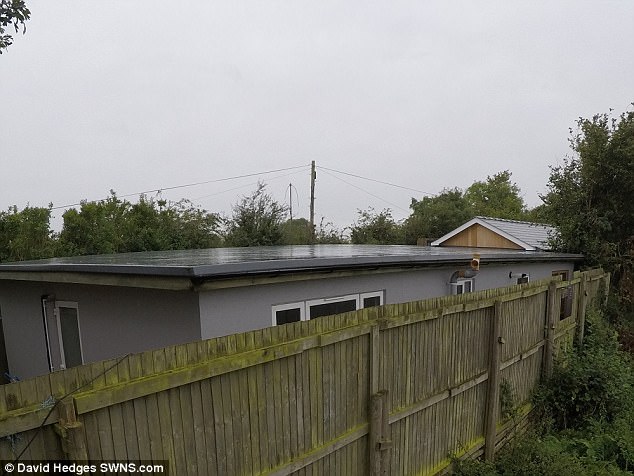 Officials also say a drainage system installed on the concrete base sends water running down the main road.

The report concludes: ‘It is therefore considered that the nature and character of the land has changed significantly from a rural character to that of an urban character.

‘The works are considered totally out of keeping with the existing rural character.’