A Mexican national who was living in the US illegally and free on bond in a prior domestic violence incident has been charged with murder in an attack on his fishing crew mates off Nantucket.

Franklin Freddy Meave Vazquez, 27, is charged with murder in the Sunday attack on board the Captain Billy Haver, which was trawling the waters about 55 miles off Massachusetts.

Prosecutors say that the vessel had seven crew members on board, including Vazquez, when he charged at a shipmate wielding a hammer in one hand and a knife in the other.

The victim said that he fought Vazquez off and then looked down to see another shipmate lying on the deck in a pool of blood.

Vazquez allegedly struck a third crew member before scaling the ship’s mast in a bid to escape as the crew tried to subdue him. 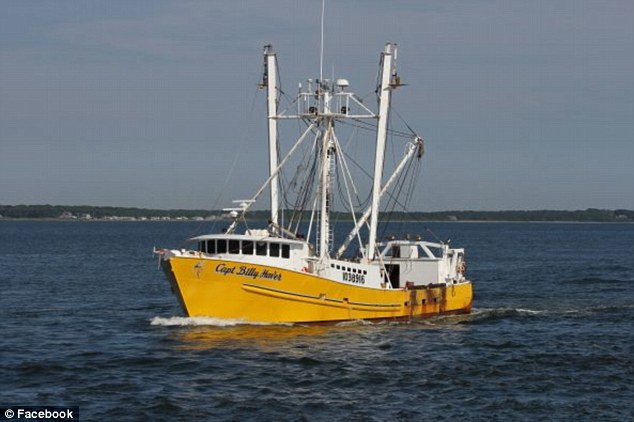 A crew member on the Captain Billy Haver (above) says that Vazquez charged at him wielding a knife and hammer, before climbing the mast in a bid to escape

The Virginia-based fishing vessel put out a call for help, and first to respond was the German cruise ship Mein Schiff 6. Two of the victims were brought aboard the massive cruise ship for medical treatment, and one was pronounced dead by the ship’s doctor.

A Coast Guard vessel also responded to the scene, escorting the Billy Haver and Mein Schiff into port in Boston, where Vazquez was taken into federal custody.

On March 9, Vazquez was arrested in Newport News, Virginia on a charge of abduction by force, intimidation, or deception.

Lindsay McDannald, Vazquez’s soon-to-be-ex mother-in-law, told WCVB that the charge related to an attack on her daughter.

She says that Vazquez is a heroin addict and that he ‘assaulted her, strangled her and held her against the wall.’ 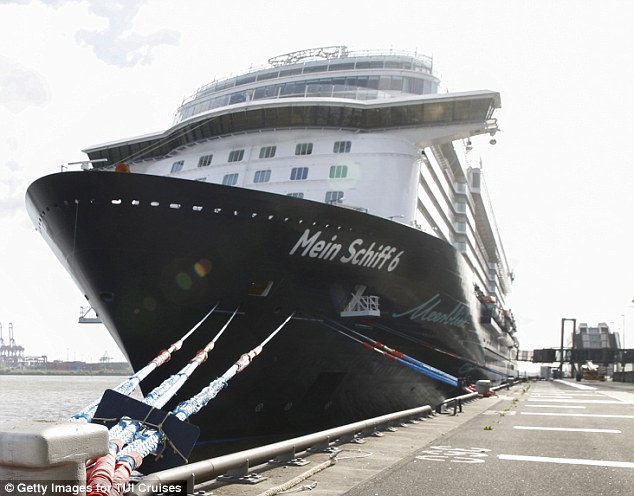 German cruise ship Mein Schiff 6 (above) was the first to respond, and took on two victims for medical treatment before the ship’s doctor declared one of them dead

Vazquez was released from the custody of U.S. Immigration and Customs Enforcement on April 23, records show.

‘I think it’s a travesty, I think that the court system failed and that they should do a better job in terms of releasing these people,’ McDannald said.

If convicted on all counts he faces a sentence of up to life in prison and a fine of $250,000, and would be subject to deportation upon release.

Vazquez is due to appear in federal court in Boston at a time yet to be determined. It was unclear whether he had at attorney who could speak on his behalf.