Illinois cat swaggers in for food and brings door with him

This is the moment a fat feline’s stomach jammed him in a cat flap as he dragged the entire door forward.

Timmy was responding to his owner’s call when he poked his head through a cat flap in Berwyn, Illinois, hoping for a bite to eat.

But he struggles to drag his bottom half through as his bulging stomach strains against the gap.

Determined to close in on his meal, Timmy keeps pushing – only to drag the entire door with him.

Unaware of the problem this presents, he pushed ahead and walks straight at the wall.

Timmy tentatively pokes his head through the flap before pressing ahead, eager to reach the food his owners offer 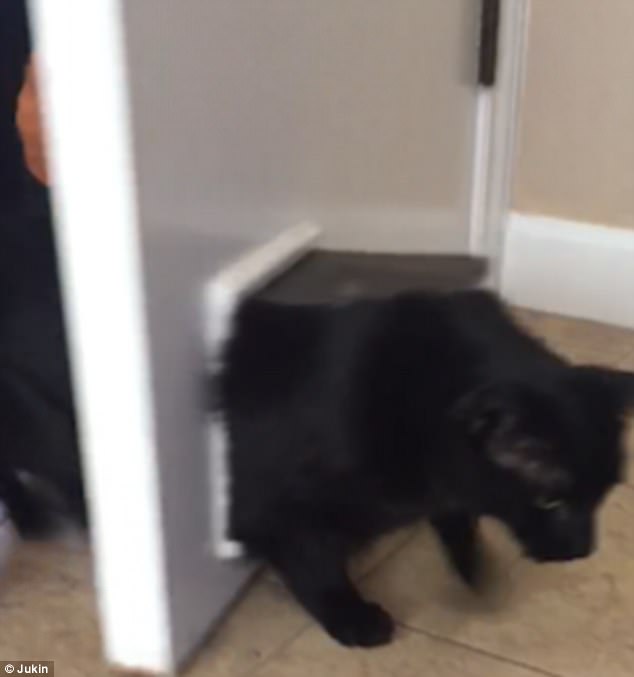 As Timmy tries desperately to reach his next meal, it becomes apparent he could probably do with missing one 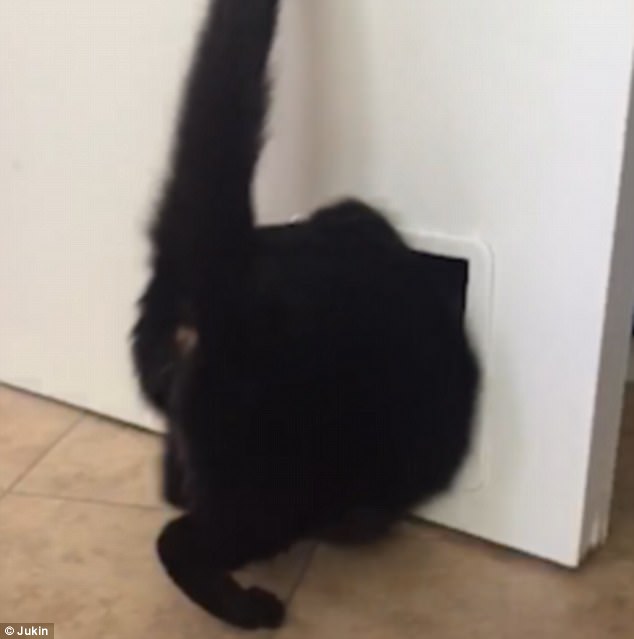 As he is ridiculed by the people filming him, he realises there’s nowhere to go.

With his face jammed against the wall, he is forced to retreat, pulling the slimmer end of his frame backward through the space and freeing his head.