To the relief of Arsenal, their fans, and their new manager, star-man Pierre Emerick-Aubameyang has insisted he will be staying in North London after the arrival of Mikel Arteta.

Last season’s joint Golden Boot winner was heavily linked with a move away during a miserable December, which featured just one win for the Gunners. The striker – who is desperate for Champions League football – is also refusing to sign a new deal, which runs out in 2021.

However, new boss Arteta has lifted the Emirates’ gloomy atmosphere, guiding Arsenal to a superb 2-0 win over Manchester United on New Years Day – convincing Aubameyang to stick around for the top-four fight. 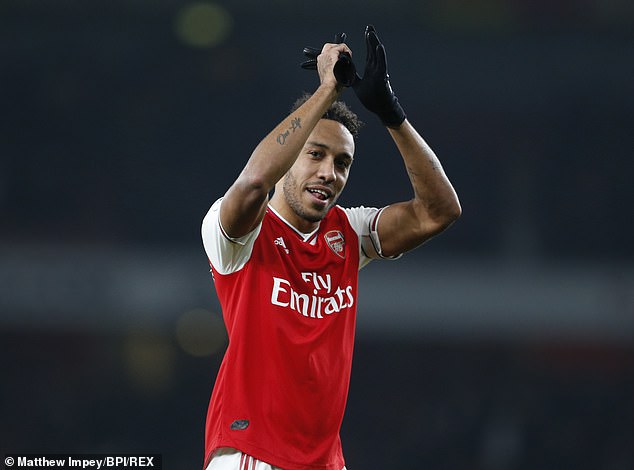 ‘As soon as he (Arteta) got here, he put things on the table. He made it clear what he expected from us and that it was non-negotiable.

‘Everyone has got to work. Everyone wanted to make an effort because we have pride there too. We wanted to regain the taste for victory and please our supporters.’

After the triumphant Emirates victory over old rivals United, Arteta insisted he ‘wasn’t thinking of the possibility’ of Aubameyang leaving, as he appears to have re-energised Arsenal’s squad. 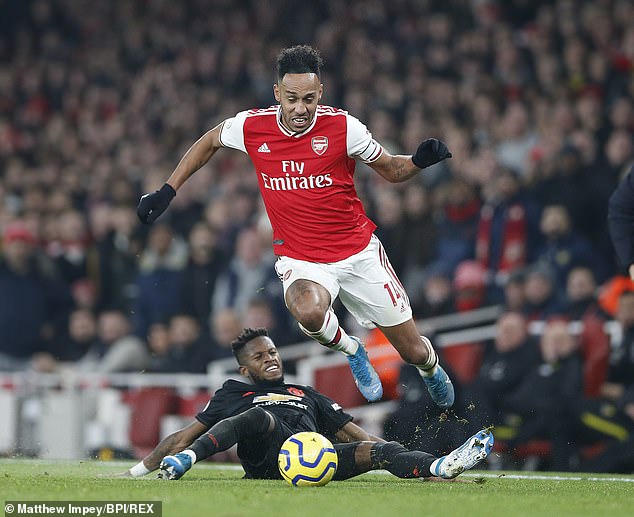 The striker has 15 goals in 25 games this season and was handed the club captaincy by Unai Emery earlier this season in a ploy to keep him at the club.

Aubameyang started the season with seven goals in seven games, but his form tailed off during the decline under Emery.

Two goals in three games have signalled a return to form, and he will be pivotal in Arsenal’s chase to regain ground on top-four rivals Chelsea and Manchester United – who he put in a true captains performance against.

‘It’s a new year that begins. It’s good to start with a victory and hopefully that gives us strength for the future,’ Aubameyang added.

‘We were in a hurry, we knew that we were not far from winning this match, which was going to be good for us. It’s a very good thing, we’re very happy and now we’re focused on the future.’