A disabled man has hit back at strangers who assume his girlfriend is his carer.

Carl Thompson, 31 – who lives with cerebral palsy and uses a power wheelchair – and his girlfriend Kirsty Crosby, 24 from Melbourne, Australia, say they’re are often met with confusion when people realise they are in fact in a relationship.

Kirsty, a Speech Language Pathologist, showcases public displays of affection when possible to try and stop the public assuming she’s his carer. 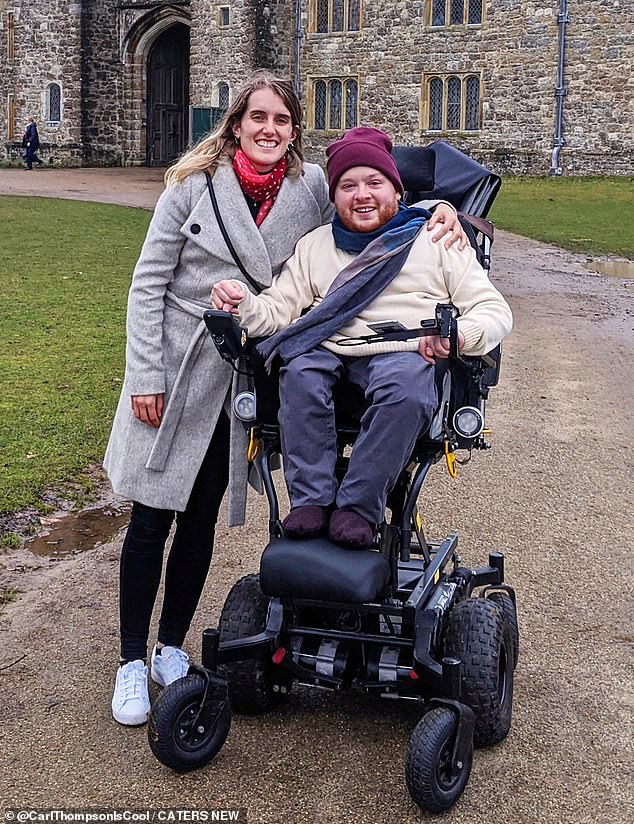 She said: ‘People often think I’m Carl’s support worker. Often at times, I have noticed people in different environments just watching us for a while, and I assume they’re probably trying to work out what’s going on between us two, as in what our relationship is.’

‘So, I generally like to hold his hand to make it clear or give him a kiss to make it even clearer. It would be particularly weird if they thought I was his support worker when I start doing that, or I start eating his food!’

Carl says that on one occasion a flight attendant even assumed Kirsty was his mum.

He said: ‘It happens a lot, often more implicit than explicit mentions, but most people don’t think that we are actually together as a couple and can often be shocked to find out.’

‘Not always shocked in a bad way, but it just goes to show how low community expectations are of people with disability.’

He added: ‘I think sadly people still often think of people with disabilities as people who just go to a centre and do arts and crafts all day and couldn’t imagine them doing other regular things like having relationships.’

The pair, who first met working at a disability support organisation five years ago, say they were able to eventually laugh at the incident on the plane but more needs to be done to show that people with disabilities live normal lives. 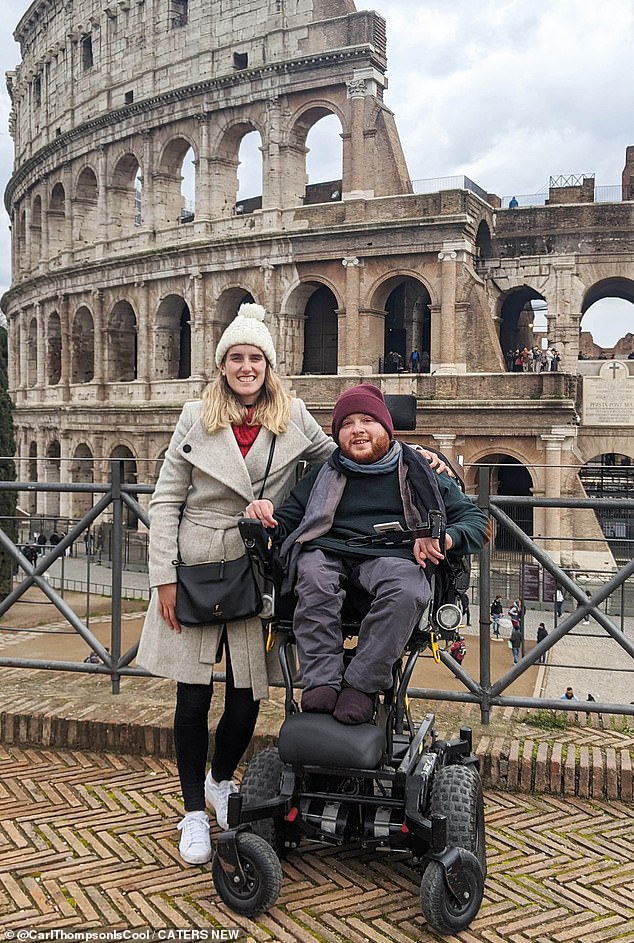 Carl Thompson (right), with his partner Kirsty Crosby, documents life living with cerebral palsy on Instagram, including trips to the bush, the beach, the snow, overseas holidays and playing with his dog Oscar

When asked what could help, Kirsty said: ‘I think just remind people not to make assumptions, sometimes the person you are seeing might be a personal support worker, but also often it might be their friend or partner.’

Carl has even documented his own experiences living with CP, along with his and Kirsty’s time as a couple on YouTube and Instagram.

He said: ‘It’s one of the reasons I started the YouTube channel, to get more realistic representations of people with disability out there.’