‘I’m just the same as you’: Tourette’s sufferer creates video to stop his bullies

A seven-year-old boy with Tourette’s and his caring big sister filmed this tear-jerking video explaining the syndrome to stop his classmates picking on him.

First grader Gavin Clampett experiences a variety of motor and vocal tics due to the neurological disorder, including grunting, exaggerated sniffing and blinking.

The uncontrollable actions mean he gets dirty looks from strangers in elevators, kids make cruel comments on the school bus and in class, other pupils can get annoyed.

Even a doctor who was treating him for something unrelated mocked the sniffing sound he often makes and is unable to control.

In an effort to curb the unkind comments, Gavin’s mother, Rebecca Clampett, 32, helped him make an eye-opening explainer video with his sister Brynn, nine.

Gavin, who also has high-functioning autism and OCD, played it to pupils at his school to help them understand the condition, which he was diagnosed with at the age of five. 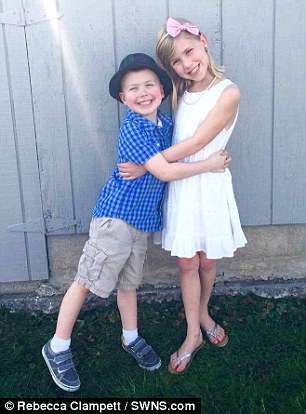 Gavin Clampett (pictured with his nine-year-old sister Bryann) was diagnosed with Tourette Syndrome at five years old. He also has high-functioning autism and OCD

Rebecca, a job coach and esthetician, of western Connecticut, said: ‘We can deal with the tics, it’s just teaching everyone else to accept him for them as well.

‘You see Tourette Syndrome in the media or you watch a movie and 99 per cent of the time I guarantee you, it is used as a joke.

‘It is the swearing, the coprolalia, it’s that stigma that people have that Tourette’s is someone just blurting out all these inappropriate words, when really that’s only 10 per cent of the case.

‘When I tell people that my son has Tourette’s that’s the first thing they ask, ‘Ooh, does he swear a lot?’

‘Nope. He doesn’t have typical body jerking movements. He does have some motor tics that are pretty obvious, but not in the stereotypical sense.

‘He did get a little bit of flack in school from his peers asking him to stop so we ended up making a video explaining what Tourette Syndrome is.

‘Since that he hasn’t really had a problem.’ 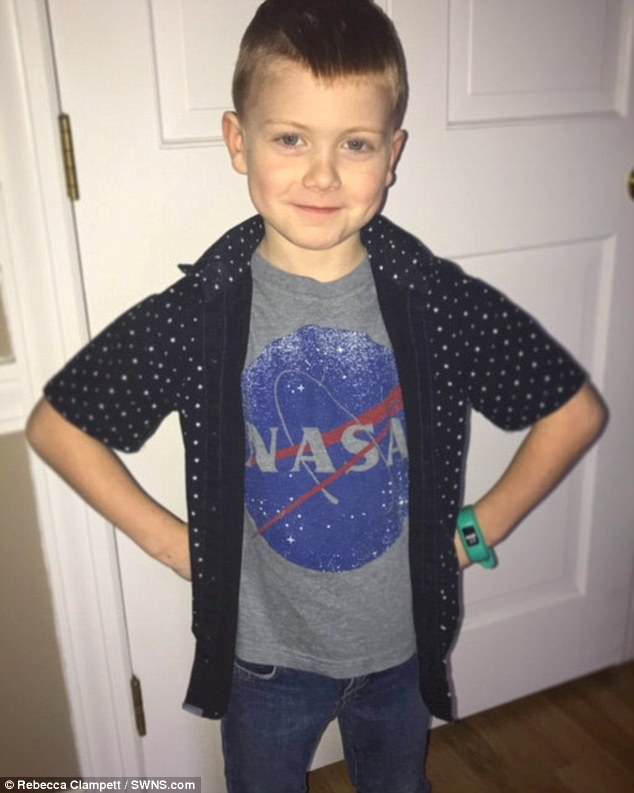 Symptoms: Gavin experiences a variety of motor and vocal tics due to the neurological disorder, including grunting, exaggerated sniffing and blinking

Rebecca, married to networking field tech John, 45, added: ‘We can teach our children to own it and stand up for it and to educate people on it.

‘We are very unapologetic about his diagnosis. I want to raise awareness for every child who goes through this.’

In the video, which Rebecca also shared on YouTube, Gavin’s sister Brynn starts by answering the question, ‘What is Tourette Syndrome?’

She explains: ‘It is a neurological disorder which means it affects the brain in which a person makes unwanted sounds or movements.

‘These unwanted and uncomfortable sounds and moves are called tics, but not like a tic that is found outside.

Gavin adds: ‘They are like a hiccup and it just does it and I can’t stop.’

Brynn goes on to say that people with Tourette’s are born with it and tics are not contagious, and Gavin explains that there are vocal and motor tics.

He says: ‘My jaw goes up and down… I have noises where the spit swishes around my mouth and I have noises that sound like I’m sniffling.’ 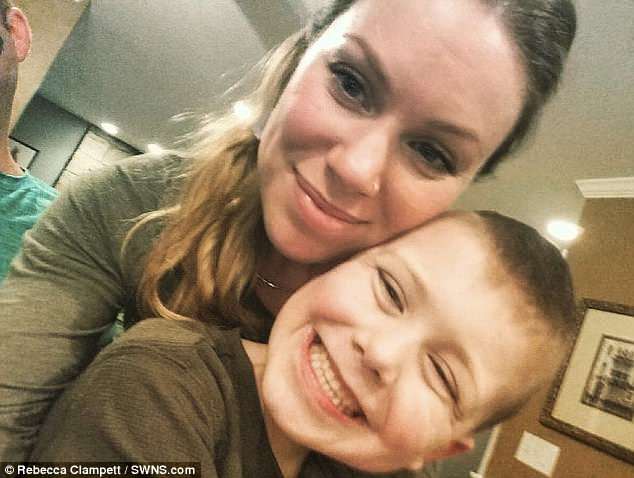 Big sister Brynn finishes by saying: ‘School can be hard for all kids.

‘Everybody knows you can have a tough day sometimes.

‘Imagine having Tourette’s and tics too, that can be even harder because you have to face people who make fun of them every single day.

‘I feel like my brother and every other kid who has Tourette’s Syndrome are brave. So be kind to them and don’t treat them different because they are just like you.’

Gavin concludes: ‘Everyone could play with someone. Some people think I can’t because I’m different and I have Tourette Syndrome but I can.’