A tradie who dived into the Brisbane River to save a barely conscious man believes he is not a hero.

Lincoln Sherlock, 42, came to the rescue of Shayne Wood when his ute crashed into the river.

He was honoured at the 2018 Australian Bravery Decorations with a ‘Commendation for Brave Conduct Award’, but he told Nine News he’s not a hero.

‘I wouldn’t really say I’m a hero or that sort of thing, I think there’s a lot more people who deserve that sort of recognition,’ he said.

In cold waters, Mr Sherlock jumped in and swam towards a sinking car, Nine News reported.

‘I swam out, and was just praying on the way out it wasn’t a family or something trying to fish them out of the vehicle,’ he told the network.’ 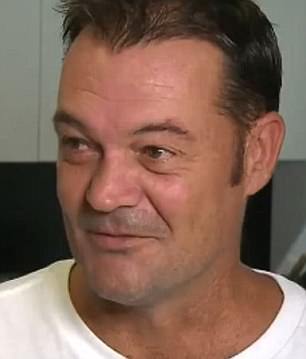 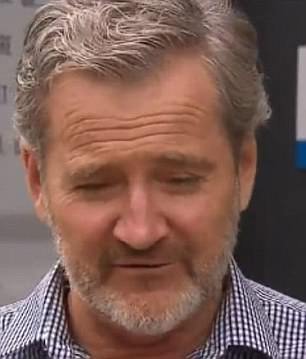 When he got to the car, Mr Wood was only just conscious, as he’d suffered a medical episode.

‘I had this guy at the window, sort of saying come on mate, it’s fine to get out now,’ Mr Wood said.

Mr Sherlock reached inside the window, wound it down, lifted Mr Wood out of the water and dragged him to safety.

The two men regularly stay in contact with each other and remain great friends. 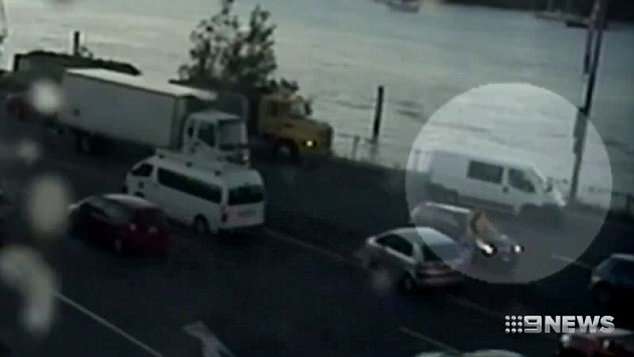 Mr Sherlock jumped out of his car (pictured) and swam into the cold Brisbane River, dragging a Mr Wood to safety