‘I’m no spring chicken’: Sonny Bill Williams calls his return to NRL one of his biggest challenges

Sonny Bill Williams says there will be a target placed on him by younger players when he makes his return to the NRL field for the Sydney Roosters.

Williams has not played in the NRL since 2014 and has said returning to the game will be the biggest professional challenge he has ever faced.

‘If you’re being a realist… it makes you wonder. I’m 35, I’m no spring chicken anymore,’ Williams said after his first training session with the team on Saturday.

‘And I was on holidays. Coming back into the toughest rugby competition in the world has its challenges. But I am here and ready to be vulnerable.’

Sonny Bill Williams has returned to Australia ahead of his shock return to the NRL (pictured: Williams with wife Alana Raffie) 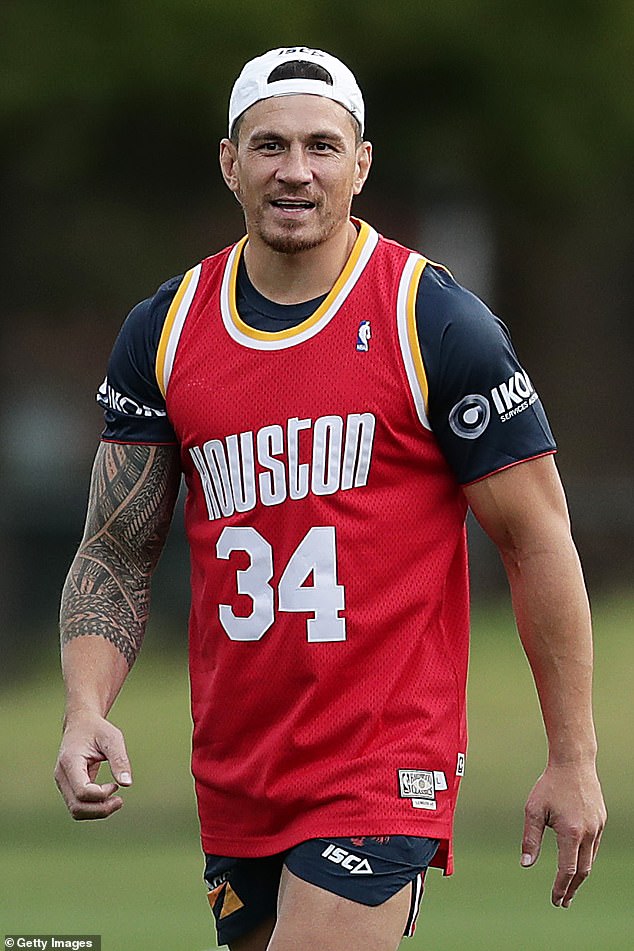 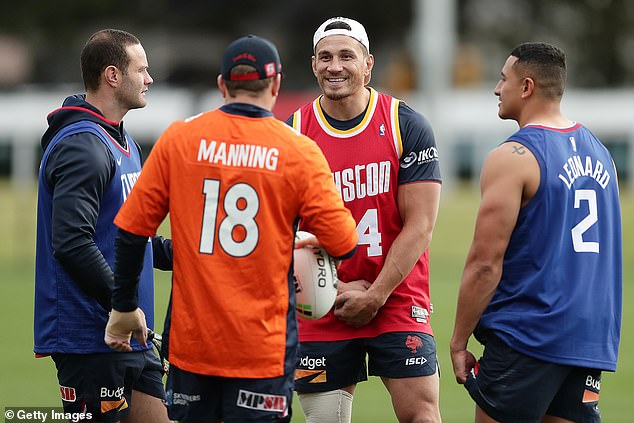 Since he last took the field in the NRL, the game has changed dramatically, with this year’s set restart rule one of the most significant in speeding up the pace of play.

Williams is also wary he has not run out in any sport for five months, with the COVID-19 pandemic leaving him without proper training in Europe where he has been playing in the French rugby competition.

He expects he will be targeted when he makes his much anticipated return for the Roosters in round 17.

‘Out on the field I think I will be targeted from the point of view I haven’t played for so long,’ Williams admitted.

‘It’s just common sense really. But at the same time I have been around for a long time and hopefully I can bank on a bit of that experience to help me out.’

‘I have been watching a bit of footy lately and these young boys are so strong and fast.’

‘You have to test him out and see where he’s at, sides would be silly not to,’ centre Josh Morris said.

‘But we’ll see who the first person to run at him is and how that goes.’ 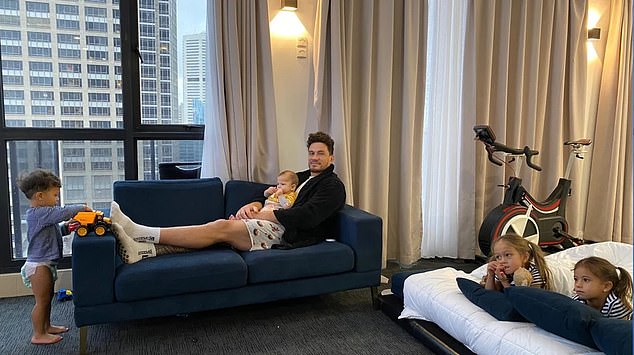 He’s been isolating in the three-bedroom two-storey Meriton apartment with his model wife Alana Raffie and their four children, aged between six months and six years 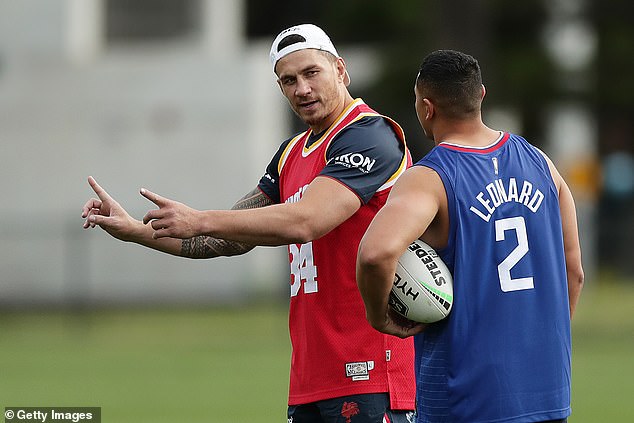 This will be Williams’ third stint in rugby league, with his last sandwiched between two separate World Cup wins with the All Blacks.

But when asked if being competitive in the NRL was one of the greatest challenges he’d had in his career, Williams said: ‘Definitely.’

But this is when Williams is at his best.

‘You have to thrive in those situations,’ he said.

‘Being able to walk towards it rather than this mountain being too high to climb.

‘Instead I am going to be where my feet are, work hard today and when tomorrow comes I will be as ready as I can be and let’s go.’ 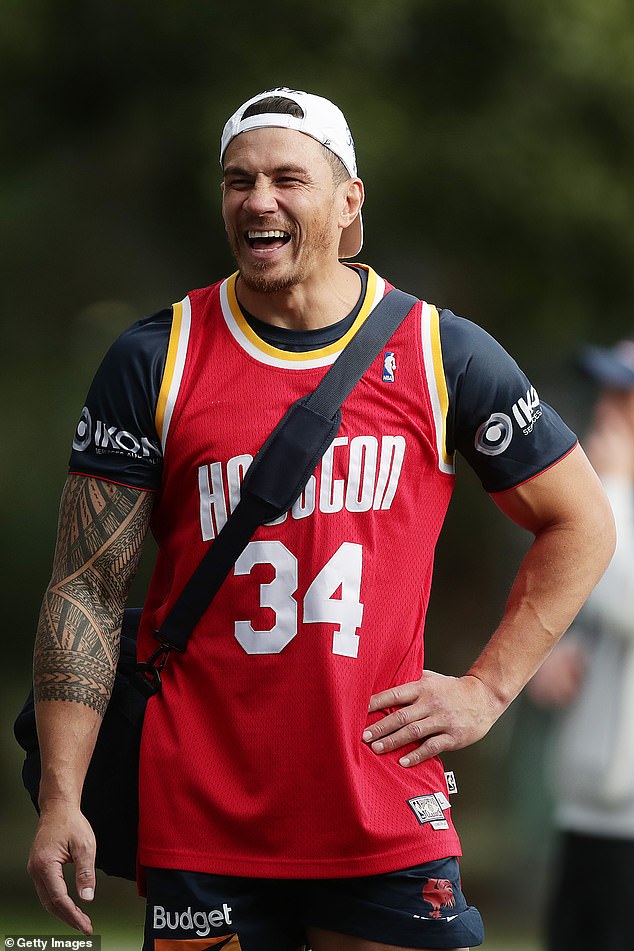 When asked if being competitive in the NRL was one of the greatest challenges he’d had in his career, Williams replied: ‘Definitely’

Williams only just left his hotel quarantine, which saw him training for his return to the game at a makeshift gym on the balcony of his hotel room.

He spent 14 days isolating in the three-bedroom two-storey Meriton apartment with his model wife Alana Raffie and their four children, aged between six months and six years.

The second-rower endured a day-on, day-off training regime to get ready for his first match at the end of August in round 16 or 17 of the shortened 20-round competition, but admits he has a way to go.

The clock is ticking for Williams’ hotly anticipated comeback.

The arrival of Williams is well timed with the Roosters in the midst of a season flat spot while dealing with an injury crisis.

Six players from last year’s grand final line-up are sidelined, while calf injuries to Josh Morris and Jared Waerea-Hargraves added to the woes. 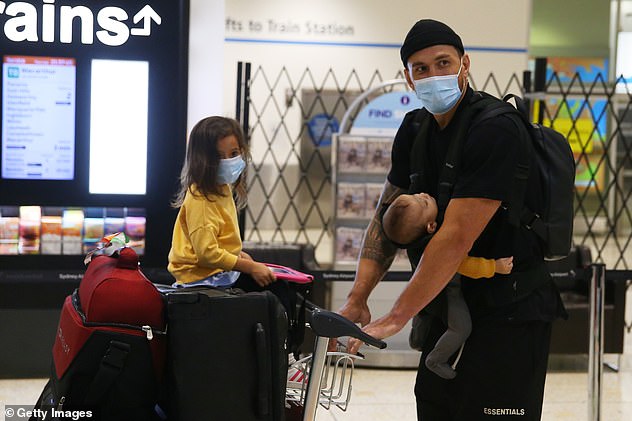 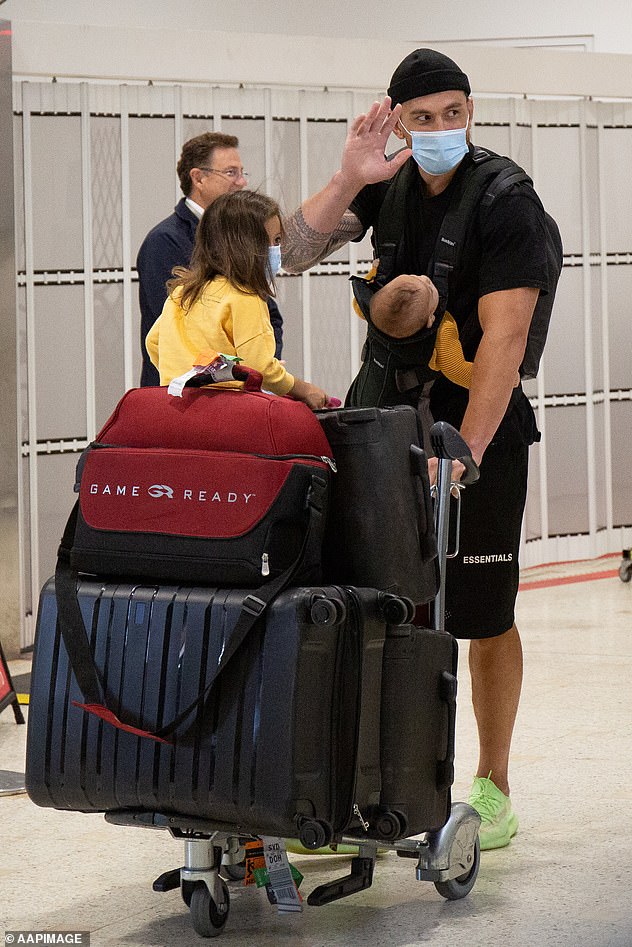 The NRL had to order a legal exemption for the un-contracted player to join the competition, which has divided some fans.

After leaving the All Blacks in 2019, the two-time World Cup winner was snapped up for the 2020 season on a lucrative deal to play rugby league for the Toronto Wolfpack in the English Super League.

The second-rower was paid $10million for two years but after the COVID-19 pandemic disrupted the season, the Canadian team was forced to pull out of the competition.

Williams led the Roosters to a premiership in 2013 and in made the 2014 preliminary final in his most recent game with the team.

6am: Prepare breakfast for children

9am: Catch-up with wife over a coffee or cup of tea with honey

9.30am: Kids concert. Singing and dancing with kids

12.30pm: Lunch. Wholesome food. Nothing processed. All meat must be halal as part of Islamic faith

8pm: Watch rugby league games or video on the Roosters