‘I’m not a quitter’, says Theresa

A defiant Theresa May last night vowed she will not quit, despite mounting pressure from rebel Tory MPs.

Speaking to journalists on a flight to China, the Prime Minister brushed aside questions about her leadership, declaring: ‘I’m not a quitter.’

But she also acknowledged she needed to make a better job of explaining what the Government was trying to achieve.

Prime Minister Theresa May is greeted by children at Wuhan airport, China, as she lands for her three-day visit 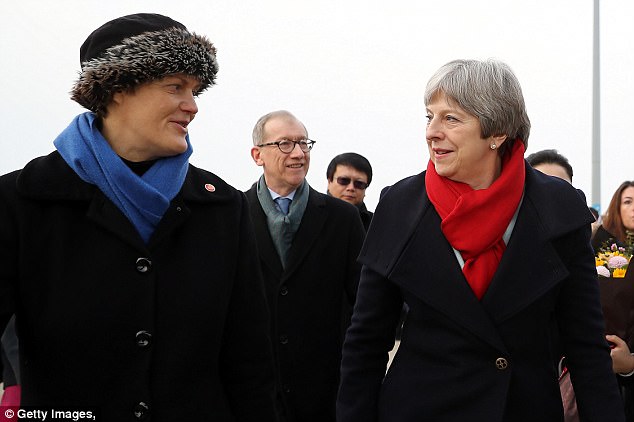 Mrs May is greeted by Britain’s Ambassador to China, Dame Barbara Woodward

MPs have said the Government appears to be ‘drifting’, with the PM apparently struggling to control her Cabinet.

Mrs May raised eyebrows last year following the general election when she vowed to stay on and lead the Tories into the next election in 2022. But last night she ducked a question about whether she still planned to remain leader.

However, she insisted she would not be knocked off course by the latest storm threatening her leadership. Asked about the threat to her position, she said: ‘First and foremost, I’m serving my country.

‘I’ve said before, I’m not a quitter and there’s a long-term job to be done. That job is about getting the best Brexit deal, about ensuring that we take back control of our money, our laws, our borders, that we can sign trade deals around the world. But it’s also about our domestic agenda.’

Mrs May insisted she would not be distracted by the speculation surrounding her leadership, telling reporters: ‘You always like talking about hypothetical situations. Let’s talk about where we are now and what we are doing now.

‘I’m leading a trade delegation to China, here I am going to China to enhance the British economy and enhance ‘Global Britain’.’ 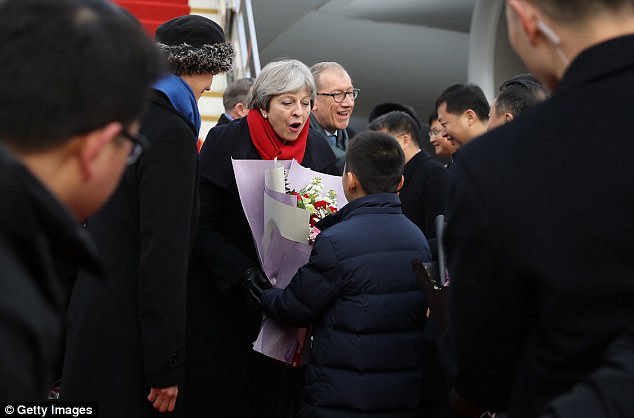 Mrs May (pictured, after landing at Wuhan Airport) said she was leading the trade delegation to China to enhance the British economy and enhance ‘Global Britain’ 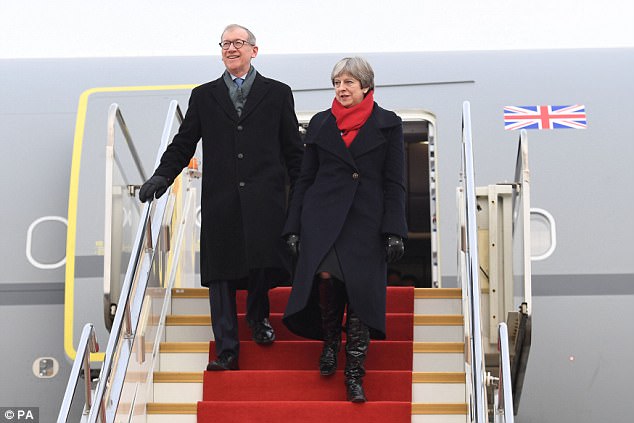 Mrs May and her husband, Philip arrive at Wuhan Tianhe International Airport in Hubei, China

The PM highlighted that ‘we do need to speak about the achievements we have seen’, suggesting things such as record employment levels and a recent cut in stamp duty had been drowned out by rows over Brexit. She acknowledged the importance of the Brexit negotiations, but added: ‘We also want to deliver for people on things that matter on a day-to-day basis.’

A senior Government source confirmed the need for the PM’s team to get better at communicating with the public.

The source said: ‘We have got a good story to tell on the economy and on issues like housing, where we are seeing things start moving in the right direction. But we are not always getting that across. That has got to change.’

Tory MPs have called for Mrs May to be bolder in recent days, with one even likening the Government to a ‘tortoise’. 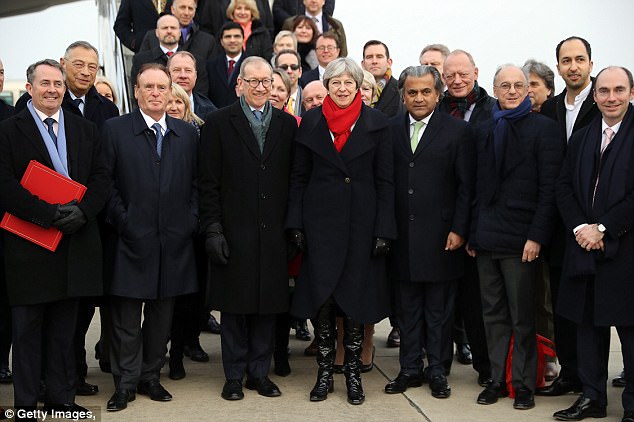 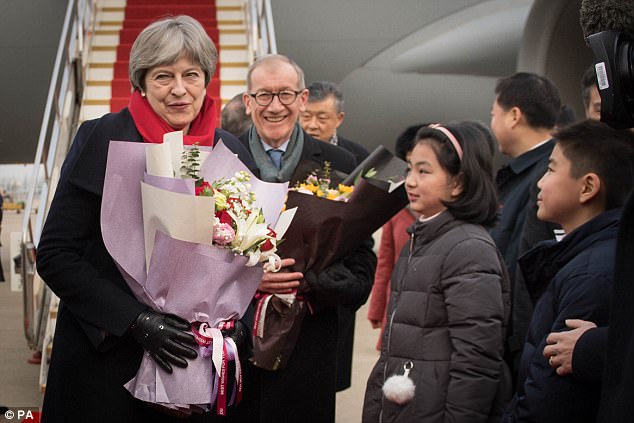 Mrs May and her husband, Philip, hold flowers given to them by children at Wuhan airport

But she insisted she was already taking action on ‘issues that colleagues are concerned about’. On Brexit, she said she wanted a result that left ‘Britain standing tall and proud in the world, independent, signing these trade deals around the world, playing its role across the world’.

Mrs May refused to be drawn on Tory rules that allow 48 MPs to force a leadership contest by sending in anonymous letters expressing a loss of confidence in the leader. ‘It’s a matter for the party,’ she said.

Reports have claimed that as many as 40 MPs may have sent letters to Sir Graham Brady, chairman of the backbench 1922 Committee, which polices the leadership rules. But senior Tories dismiss the claims as speculation, pointing out that no MP has publicly admitted sending one.

Meanwhile, a poll revealed Tory voters back Mrs May to stay on as Prime Minister.

Nearly 70 per cent of those who voted Tory last year said Mrs May should carry on. Less than 20 per cent said she should stand down. Former Conservative leader Iain Duncan Smith weighed in behind the PM yesterday, urging MPs to ‘calm down’.

Mr Duncan Smith said: ‘I have a very simple message to my colleagues generally: People should just calm down. The reality was this was always going to be bumpy – we don’t have a massive majority and, anyway, we are in the middle of a negotiation.’

Mr Duncan Smith told the BBC there would be fewer rows if Cabinet ministers ‘stuck to what Theresa May said’.