My son was travelling in Australia in March 2020 when the pandemic started.

The Prime Minister there was telling all travellers to leave the country so we started booking flights for him to come home.

He didn’t have a credit card at the time so I booked them on his behalf, thinking that we would be better protected if the flights were cancelled, which was likely as many airlines were stopping travel.

We booked six flights altogether – five that were cancelled and the one that finally got him home. Four of the five cancelled flights were refunded in a timely manner.

Not so the fifth flight, which was booked via the agent Kiwi and cost £695. It is now approaching three years since this happened, and despite both my son and myself contacting the firm repeatedly, we have never had the money back.

Stranded: Our reader’s son struggled to get home from Australia when the pandemic began – and they still haven’t received a refund for one of the flights he booked, but didn’t take

Kiwi previously blamed delays, but recently told my son it would not refund the money and would not give a reason.

I also contacted my credit card provider, but it said it could not refund me as I wasn’t the ‘beneficiary’ of the flights.

I badly need the money for everyday living expenses. Can you help? F.M, via email

Helen Crane of This is Money replies: I am sorry to hear about the plane ticket predicament you and your son have found yourselves in.

Your son set out on an Aussie adventure in early 2020, and was no doubt enjoying the country’s warm weather and laid-back culture – but the trip ended up being anything but relaxing when the world was plunged into the pandemic and he needed to get back home.

With the threat of being stranded down under, I can see why you both panicked and bought a fistful of plane tickets in the hope that one of them would fly.

Eventually, one did and he managed to get home safely. But it was a costly endeavour, with each failed flight costing you hundreds of pounds. Luckily, most airlines and agents were quick to give you the money back.

All of them, that is, except Kiwi. The third-party flight booking website has given you the run-around for almost three years and you are still almost £700 out of pocket.

‘The fastest and easiest way to cancel your booking is online via our refunds & cancellations form,’ proclaims Kiwi’s website – but you found this neither fast nor easy. You say it is near-impossible to speak to someone on the phone, email responses take ages and the company doesn’t respond to messages on social media.

After years of back and forth, your son was recently told that he would not be getting the money back for the flight – but he says no explanation was offered.

Kiwi has since said that it was because the airline had not returned the money – other than £54 in airport duty – as the flight had operated as planned.

That is true – but your son was denied boarding by airport staff and was therefore unable to travel. 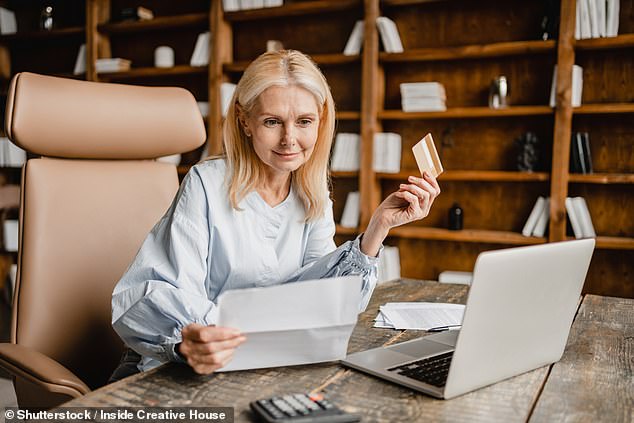 Protected? Our reader booked the flights on her credit card thinking it would be easier to get a refund if something went wrong – but her bank has said she isn’t eligible for a Section 75 claim

This happened at a time when Covid rules and regulations were new to everyone and the world was in state of panic.

The flight you booked with Kiwi was a connecting flight to London via Hong Kong, and Kiwi said it believed the reason you were denied boarding was because Hong Kong had implemented new entry restrictions the day of the flight – which also applied to people transferring flights at the airport.

The rules appear to have changed between you booking the flight and your son attempting to board it – which is extremely unlucky and does muddy the waters when it comes to your entitlement to a refund.

However, when I contacted Kiwi, it said that due to the staggering amount of time it took to process your claim (even the £54 airport tax wasn’t returned to you until last month) and poor communication, it would refund the full ticket as a gesture of goodwill.

A Kiwi spokesperson said: ‘We would like to apologise that in the midst of the pandemic and the following aftermath our response rate was severely impacted. We will be contacting [the customer] and as a gesture of goodwill covering the outstanding amount that was not returned by the airline.’

This story, and the pandemic more generally, have shown the risk of booking flights and holidays with a third-party agent rather than going to the airline direct.

With a huge backlog of Covid-cancelled flights still going through, those booking through a third party could face a doubly long wait as their refund is processed first by the airline and then through the booking agent.

It might save you a few pounds, but readers should be aware that if things go wrong getting a refund from a third-party site is rarely plane sailing.

Should his Mum’s credit card provider have refunded her?

Under Section 75 of the Consumer Credit Act, your credit card provider may be legally required to pay you back money in certain circumstances if a product or service you bought is not delivered.

To activate this protection, you only have to pay a penny of the total amount on your credit card, but the product or service you are buying must cost between £100 and £30,000.

This sometimes covers cancelled flights – but not always.

Section 75 is often not applicable if the product or service was bought from a third-party seller – and travel or flight booking agents are included in this, so our reader would be unlikely to get a refund this way.

In addition, there is a grey area in Section 75 protection if the item or service has been purchased in the name of someone other than the card holder. This was the case with the plane tickets, which were in her son’s name.

Card companies often ask claimants to show that the purchase has had a ‘benefit’ to them – and it sounds as if this was what the reader’s bank was referring to when it refused her claim. 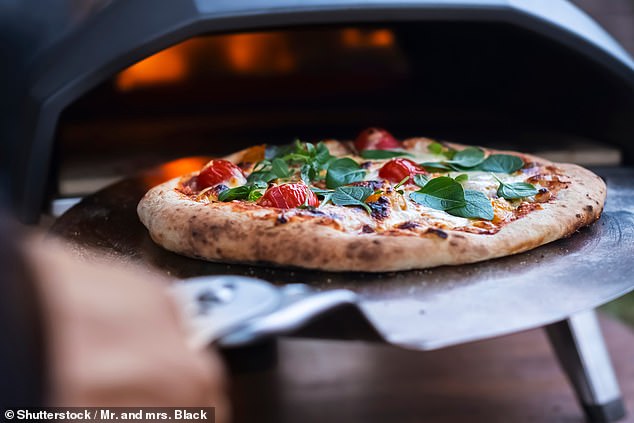 Feet to the fire: A reader emailed to express his frustration at Aldi’s customer service, after it gave him the run-around on a pizza oven order

Burned by Aldi over a pizza oven

Reader Tony emailed recently to tell me about grocery giant Aldi’s half-baked response to his complaint about a sub-standard pizza oven.

He and his wife ordered the oven online back in August for £400. As well as looking forward to plenty of mozzarella-laden delights, the gadget was relatively energy efficient and they wanted to use it instead of their main oven where possible in order to save money on bills.

But sadly it arrived with various parts chipped and scratched, so Tony called Aldi to ask for a new one to be delivered.

Bizarrely, it told him to get in touch with the makers of the oven for replacement parts – and when he called them, he didn’t get far as they spoke only German.

He then called Aldi back and asked for a new oven again. This time it agreed and the faulty one was picked up a few days later.

But when the new pizza oven didn’t arrive within two weeks, Tony had had enough and decided to ask for a refund and order one elsewhere.

Aldi finally agreed – but almost three weeks passed and the money never arrived. So much for German efficiency.

When he called customer services, he was then told the oven was never received back into the Aldi warehouse and he would have to wait until it was classed as ‘lost’ on their system.

He finally got his money back in mid-November, having waited for two months and spent a lot of time chasing the supermarket and getting the wrong information.

Worryingly, he was also told at one point by customer services that there was no way to escalate his complaint.

When I asked Aldi what took it so long, an Aldi spokesperson said: ‘We are sorry to hear of [Tony’s] experience and have apologised to him for the poor service he has received. We have also provided a full refund.’

This service sounds shocking and I’m glad I was able to help Tony give Aldi a pizza his mind.