‘I’m sure Marcelo would invite you down!’ – Leeds’ Liam Cooper urges pundits to watch ‘Murderball’

Argentine manager Bielsa introduced the now well-known game to training sessions, famous for there being no fouls in a non-stop, all-out, high-octane exercise.

And when asked about it by Sky Sports pundit Carragher after Leeds’ 1-1 draw against Newcastle at St James’ Park on Friday night, Cooper stated his boss would happily let them come and observe the drill in action. 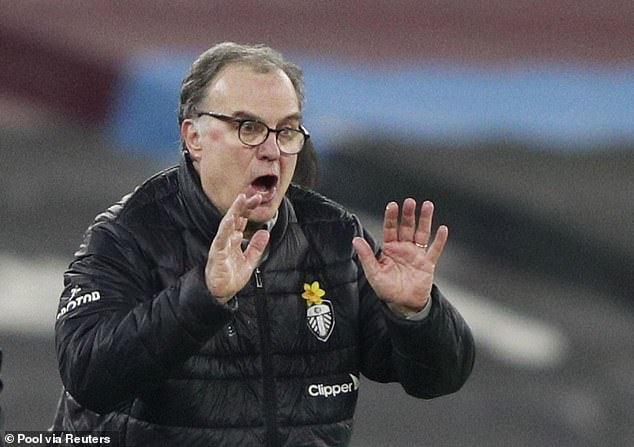 He said: ‘It’s usually four segments of five minutes – ‘Is that all?’, Carragher joked – multiple balls on the pitch, and he expects the intensity to be there.

‘There are no fouls , so you can get stuck in to each other, and it’s high intensity. I’m sure Marcelo would invite you down to watch a session!

‘It’s hell-for-leather and we get a lot out of it. It’s probably the best session of the week, for me, and the lads as well. We enjoy it, it’s part and parcel of what we do every single week. 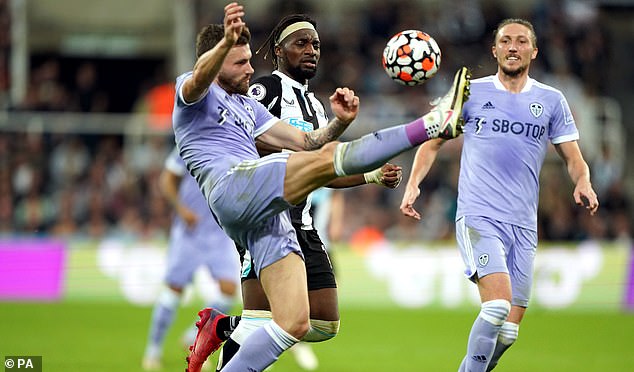 Cooper – the only fit centre half at the club after injuries to Robin Koch and Diego Llorente and Pascal Struijk’s suspension – captained Leeds to a draw in a riveting game against Steve Bruce’s under-pressure Magpies.

Raphinha gave the visitors the lead with a wicked cross that bounced in past Karl Darlow, before Allan Saint-Maximin scored a classy individual goal to equalise for the hosts.

Up next, 16th-placed Leeds host West Ham on Saturday, while Newcastle, third bottom in 18th, travel to fellow strugglers Watford.