Hady Ahmad with his mother

I’m an engineer in the oil industry who has to travel a lot for work to countries like Qatar.

Towards the end of last February my income dried up as a result of the pandemic as countries imposed travel restrictions and the price of oil fell.

As a result, I applied for payment holidays on my mortgage, main credit card and some personal loans, but I did not think PayPal were offering them.

I missed two payments – one in March one in and April and only later found out I could have taken a payment break.

These two missed payments have hit my credit file and have meant I have been turned down for a mortgage, which I wanted for a bigger property for myself and my mother, who was diagnosed with coronavirus.

I have asked PayPal to remove these marks, citing Financial Conduct Authority guidance, but they have refused. Is this right? – Hady Ahmad, West London, via email

George Nixon, This is Money, replies: By the time you wrote to This is Money in mid-March, you described yourself as having gone through a near-nine month back-and-forth with PayPal and the credit reference agency TransUnion.

You said that after you learned of both the missed payment marks and the availability of a payment holiday on your PayPal Credit account, the first of which you took in May 2020, you complained to the company in June.

The FCA guidance you used in your claim, and in a subsequent letter you sent to PayPal this January, states borrowers should not be disadvantaged by firms ‘operational difficulties’ in setting up payment holidays.

Your argument was that because you didn’t know, and say you were never told, that a PayPal payment holiday was available.

‘Firms should work with the customer to put them in the position they would have been in, had they received timely forbearance’, the FCA guidance states.

‘Firms should ensure no default or arrears charges are levied as a result, and work with customers and Credit Reference Agencies to ensure that any necessary rectifications are made to credit files so that no worsening status is recorded in respect of this period.’ 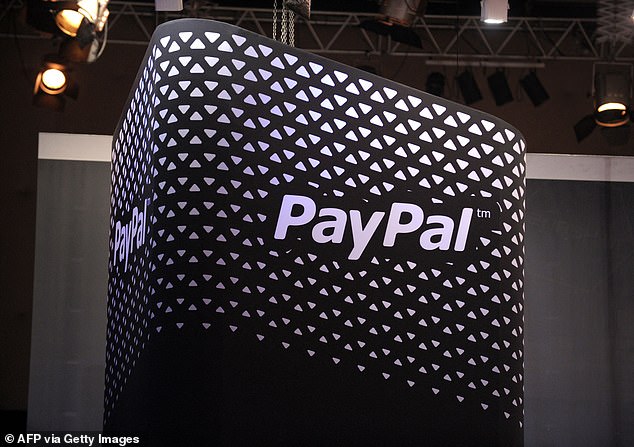 In your email to This is Money, you told us the company had ‘never acknowledged’ the FCA guidance you had included in your complaints.

However, this appears to be very much a ‘he said, she said’ situation, as the company denies any operational difficulties or that it needs to correct your credit file.

PayPal said it had offered 30-day interest-free payment breaks from mid-March and three-month ones once it was required to by the FCA at the start of April.

Because of the travel restrictions and the fall in the oil price, which at one point on 20 April last year even went below zero, you said you were struggling to earn any income.

‘I did a short trip to Doha, Qatar, for a job for six days in February and then as the oil price effectively collapsed from around $50 to $20 as the pandemic really became global my contract was terminated’, you said.

‘I didn’t even receive any payments for the hours I had worked in February until early May.’

Luckily you said you were now again able to work but added: ‘I could not travel to Qatar from around April to October due to the border closures the Qatari government had enacted because of coronavirus.

‘Usually there is a good amount of work available, but the issue are the current travel bans and quarantines.

‘You’re getting work these days but can’t get on site. And with our sort of role there is only so much you can do from home.’

Your first PayPal credit missed payment was on 7 March, just prior to the company’s introduction of its 30-day payment break, and you missed another payment a month later.

You claim to us that having looked through your emails and postal statements you were never told about this first missed payment which, again, the company denies. It said it sent multiple messages by email and post which included the fact help was available.

But we get to the central dispute after this point in April, when you called up the company to clear your arrears.

At this point, you said, you had been able to sort out missed payments on your other outgoings.

‘When I spoke on the phone to the lady from PayPal, I mentioned I was having difficulties travelling to work and was not sure if I could make my payments on time, however she did not mention there was a payment freeze available’, you told us.

‘I remember this distinctly as I actually made my credit payment on the phone and not on the website. I mentioned to her I was having difficulties hence the inability to make the payment on time and she did not offer any support or make me aware of the fact that a payment freeze was on offer.’

But the company disputes this. It said recordings of two separate calls, including this one, did not suggest you were in need of any help, and said if it had been informed of any difficulties it could have been able to help you.

Responding to the suggestion the company’s customer services had asked him if he needed help, you told us from Doha, were you currently are for work: ‘I’m pretty sure that if they had offered me a payment freeze, I would have taken it up.

‘She probably said, “are you ok,” I said, “I should be” and as nothing else was forthcoming I left it at that.’ 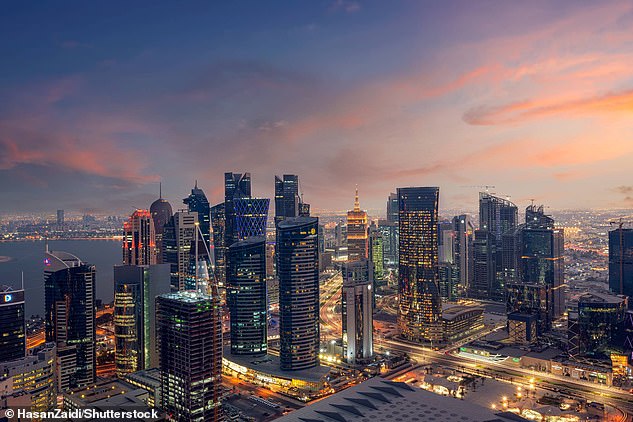 Doha, in Qatar, where Mr Ahmad is currently working

This situation meant that by the time you did take two payment holidays on your PayPal Credit account, first in May and then again in August, the company had reported two missed payments on your credit file.

Having been unable to get anywhere with either PayPal or TransUnion, which PayPal said you needed to contact to get the markers removed, which according to FCA rules is incorrect, you wrote to us in March.

We had previously fixed a payment holiday mix-up involving a Nationwide mortgage borrower in December.

As a result, we put your claims to PayPal. In response, a spokesperson said: ‘Mr Ahmad’s first missed payment, according to our records, was on 7 March.

We have no record of him reporting any issues with repayments until 7 April, by which time he was two months late with payment due from his February and March 2020 statements

‘We have no record of him reporting any issues with repayments until 7 April, by which time he was two months late with payment due from his February and March 2020 statements.

‘We have an obligation as a responsible lender to report a customer’s repayment record accurately to the credit broking agencies.

‘In this case, Mr Ahmad missed two payments on 7 March and 5 April. We believe this to be accurate and accordingly had an obligation to report this performance.

‘Had Mr Ahmad contacted us to let us know he was experiencing financial difficulty; we would have been able to assist and could have offered him an alternative solution.

‘We do have record of Mr Ahmad asking for a payment holiday in May and again in August, both of which we agreed to and provided to him promptly.

‘However, we have no evidence of any operational delay or similar event which led to his missed payments and which would mean our reporting needs correction.

‘Please note, PayPal does provide positive credit ratings to the agencies as well when payments are made on time, which can build a customer’s credit rating.’

After this decision, you have told us you plan to take your case to the Financial Ombudsman Service.