The office of U.S. Attorney Brian Stretch says many of them lived in an industrial building in Hayward, California, that lacked running water and was locked from the outside at night.

Prosecutors claim the immigrants worked at construction projects in the San Francisco Bay Area and were paid less than minimum wage or not at all. 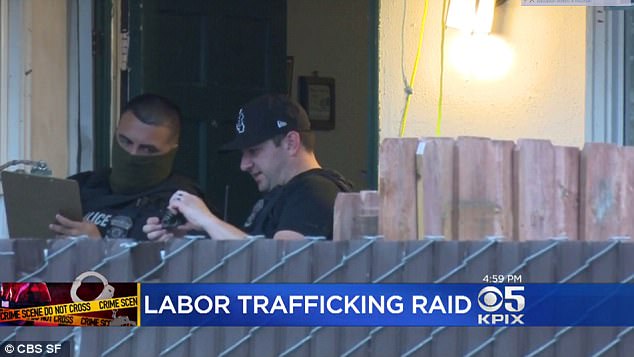 Police freed multiple people from warehouses without running water. The people were locked in at night

At least seven people were freed from the building and others were rescued from a nearby house. They were taken in vans to shelters.

Federal agents and Hayward police raided the construction business at 5am Tuesday morning.

It was a rescue operation to free undocumented immigrants from a smuggling and forced labor scheme, according to KPIX5.

‘It seemed like they were in construction, wearing orange jackets and all that,’ said neighbor Jeremy Vega to KPIX5. ‘They were brought in on Hondas and so you would think, “Ok, they just got off work.”‘

The workers, who were all male, would be transported in the mornings to construction sites.

Job Torres Hernandez of Hayward was indicted last week on charges that he harbored immigrants living in the country illegally for commercial advantage. 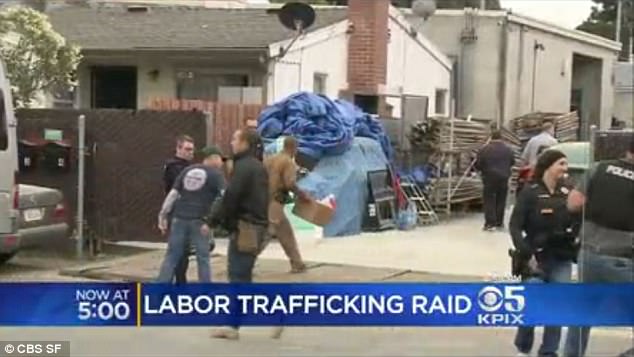 Job Torres Hernandez was arrested and charged with alien smuggling, transportation, and concealing or harboring aliens 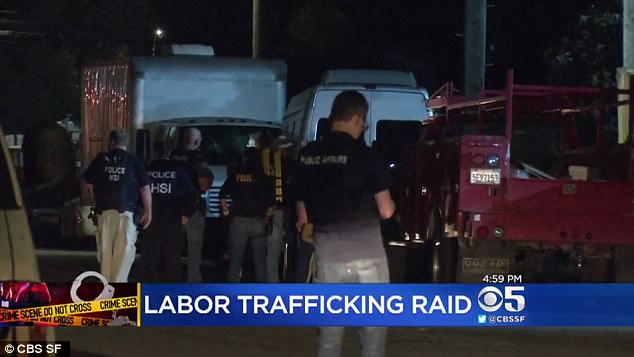 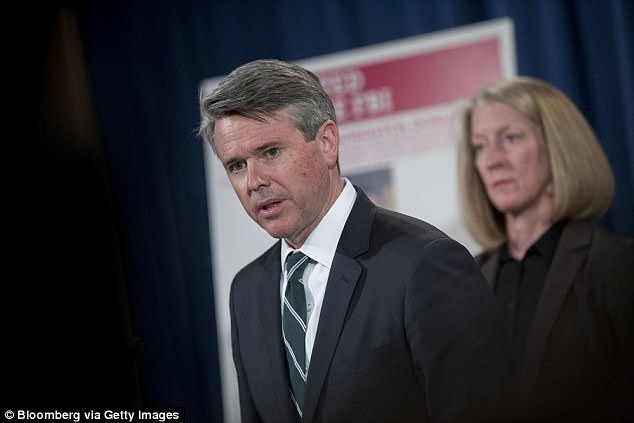 Brian Stretch (pictured) is the U.S. attorney for the northern district of California

Hernandez was arrested Tuesday and charged with alien smuggling, transportation, and concealing or harboring aliens.

Officials say the 37-year-old had at least five people concealed on his property since mid-2015.