Importance and Association of Data Sciences With Python 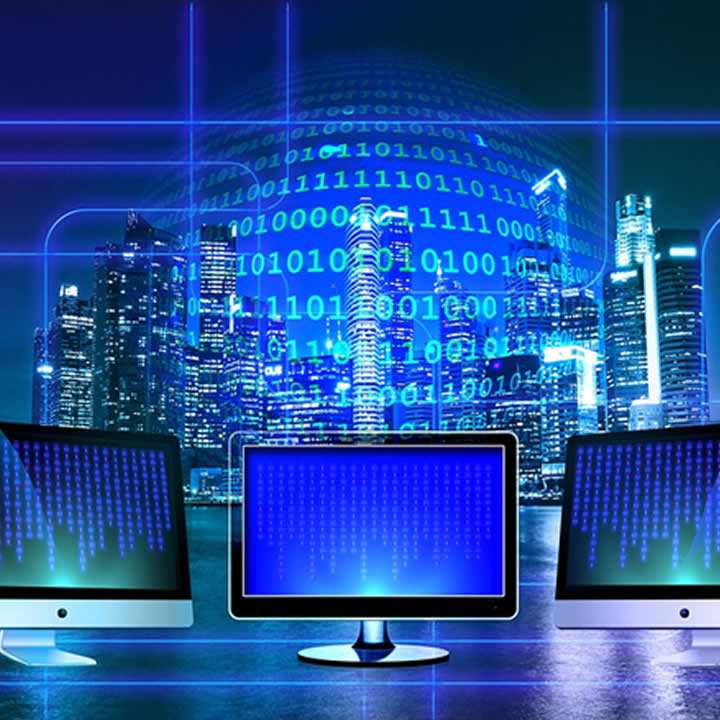 The world around us is driven by data today. We use the data for all our inferences and scientific processes. We use it to learn more about ourselves and the world around us. It is true that this has been the case predominantly since the 19th century, but what separates then from now is the sheer amount of data we have available to us now. However, for all this data to be processed and turned into usable scientific information, it needs to be handled properly. This article seeks to explain why python is the best tool for data scientists around the world.

What Are Data Sciences?

Before moving on with why data science with python is the most effective tool to achieve the ends of data science, let us understand what data sciences are. Data science is one of the newest branches of science. It uses large amounts of information or data, organizes them and churns out usable information. This could be trending in global warming or voter preferences in certain areas, etc. Leaders from all fields are turning to data science to help them make decisions so much, so it is being considered the 4th pillar of science. All this has made it very prominently.

How Is It Helpful?

The earlier parts of human life on earth saw little to no scientific progress. Whatever progress was, there was few and far in between. All this changed from the 19th century onwards. That is when we as humanity realized the importance of observation. We started looking for verifiable, empirical information that has been collected from a source using many variables. This showed that the world is not random and that everything can be understood by science. Data science seeks to organize all this information we have today and understand the world from the lens of such large amounts of information.

How Can You Benefit From It?

Data science is one of the highest paid jobs in the world today, and this is for 2 reasons. Firstly, the whole world has realized the value of data-driven analysis. This revelation has struck the government and businesses alike. As a result, everyone wants to make their decisions based on data and to do so, they need data scientists, making them highly desirable and hence, handsomely paid. Secondly, there is a lack of well trained and skilled data scientists. This field has not seen the progress it could have due to this. The few who are good are highly rewarded.

Though people have understood the value of using data to make decisions, the technology to do is so is still complex and hard to use. It is true that it is similar to coding, but the sheer amount of data presents some new challenges. To put it in another way, it can be said that data exists, but is not utilized properly. For instance, we have a large amount of data regarding voting trends, but it is not beneficial to everyone equally as only a few people can afford to hire the best professionals. The rest handle the data poorly.

In order to make data science accessible to all people, we must make it possible for more data scientists to enter the field, not just those with deep pockets or those with IQs touching the sky. This would increase supply in the market and bridge the demand-supply gap that exists now. This gap is why it is so expensive. How then do we make it easier? The most intuitive way is to increase awareness among data scientists and aspiring data scientists regarding option like data science with python, which are easier to use and understand compared to other languages.

What Makes Python The Best?

Python is a programming language that is multi-paradigm and goal oriented. As a result, many facets of this language are best suited for python. For instance, it has many inbuilt libraries and programs that are inherently and directly beneficial for data scientists. To add to this, the readability and simplicity of the language make it easier for people to use and understand this language. Further, it has many resources that help a professional if he were to get stuck at a particular point. All this makes data science with python one of the most intuitive choices to make.

Yet another unique reason as to why Data science with python is best the large community that is available to Python users. Few programming languages have a community as large as python. This means that you have a lot of support. Many people around the world are working on the same problem as you at any given moment. So if you are stuck at any point, there are many people who have already gotten beyond this point who can help you. If not, the larger community can come together to solve the problem. The larger community is very beneficial then.

Compared to other programming languages like R and MATLAB, Python has a much shorter learning curve. It is easy to learn and use due to it’s readable, easy to understand syntax. Further, given its versatility, it is also very scalable. Large websites like YouTube have moved to Python due to its great scalability. This is due to the flexibility it provides during problem-solving. It also allows for data visualization in the form of 2D plots thank Matplotlib. All these features make Python a strong contender for use in data sciences. It is easy, scalable, and allows for visualization.

Is It For You?

Some unique skills are required to pursue Data Science with Python, or with any other language for that matter. He must first be curious about the world around him. Without this, there is a lack of motivation to do the one thing data science exists to do, that is, to understand the world. He must also be creative in coming up with solutions as a lot of times one will be stuck without a solution. Apart from this, one obviously needs a good grasp of coding and mathematics even to grasp the ABCs of this field. He also needs skepticism.

It is clear to everyone reading that Data science with Python is best. Many of you would want to explore this field and learn as much as possible about it and get a firm grasp on using it. Some of the classes and courses are paid and some free, so no matter what your budget, you can get quality training. So there is no excuse to learn it anymore if you are interested in this field and adept at coding. It is a low investment, high returns.

Data sciences are the future of problem-solving. It is a highly exclusive job that most people will never be able to do. If you have the skills required for it, there is no reason to not pursue it. You might be at the forefront of the next big scientific breakthrough the world sees. It is crucial for the furtherance of mankind given global problem like climate change. To increase your chances, use python. It is easy and has a lot of supporting characteristics that will lessen the burden on you.  We hope this article helps you understand this field.