Impotency pill lasts up to eight times longer than Viagra

The cost of an erectile dysfunction pill that lasts up to eight times longer than Viagra has been slashed by half – and could soon be available on prescription on the NHS.

A generic version of Cialis has launched in the UK after the brand’s patent ran out, opening up the market for cheaper versions.

As a result, the price of the medication, which has the active ingredient tadalafil, has fallen from £7.22 per tablet to between £2 to £4 per tablet.

Most major online and high street pharmacies – including Superdrug and LloydsPharmacy – are set to stock the generic tablets this month.

Cialis – along with any branded versions of impotency drugs including Viagra – are not available on the NHS, except in certain circumstances.

But it is now hoped erectile dysfunction sufferers will be able to get the generic version of tadalafil – nicknamed the ‘weekend pill’ for its longer half life – from their GP in a few months time.

Cialis, or tadalafil, works in a similar way to Viagra, in that it increases the flow of blood to the penis, helping men achieve and maintain an erection.

However, the biggest difference between the two is the amount of time their effects last.

Viagra remains effective for four to six hours, whereas tadalafil allows you to achieve erections for up to 36 hours after taking a tablet.

Scott McDougall, pharmacist and director from The Independent Pharmacy, which will stock the new version, said: ‘As tadalafil lasts for up to 36 hours, it allows men to have more natural, spontaneous sex lives. 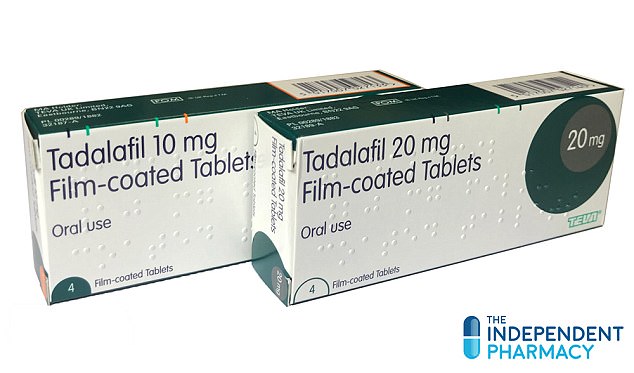 ‘When Viagra came off patent in 2013, it widened the access to erectile dysfunction treatment for thousands of men.

‘Sildenafil [the active ingredient in Viagra] became available on the NHS for the first time – something that may now happen to tadalafil too. A few months’ lead time is to be expected.’

Superdrug and LloydsPharmacy have confirmed they will be shortly stocking it but have not yet revealed their prices.

You must still have a prescription from your GP to obtain tadalafil, even online.

The branded medicines are currently only available on the NHS for people with erectile dysfunction with certain conditions including diabetes, multiple sclerosis, Parkinson’s disease and prostate cancer.

The NHS website states they are also sometimes available for men experiencing ‘severe distress’ as a result of impotency, but only after an assessment at a specialist centre.

MailOnline has approached the NHS to confirm that the generic drug will be funded and is waiting for comment. 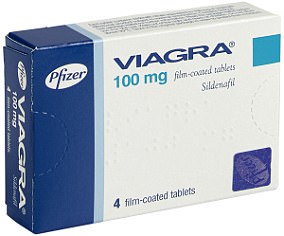 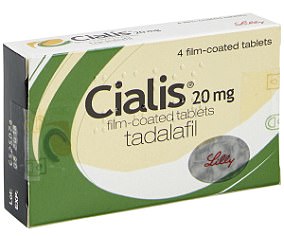 Both Viagra and Cialis are PDE-5 inhibitors. They relax the smooth muscles in the blood vessels supplying the penis. This relaxation increases blood flow to aid an erection.

However, Viagra and Cialis have different active ingredients. In Viagra it’s sildenafil, while in Cialis it is tadalafil.

Some men may react better to one active ingredient than the other.

However, both sildenafil and tadalafil work via the same mechanism so you should never take the two drugs together.

Tadalafil is faster-acting than sildenafil. You can take tadalafil as little as 30 minutes before you plan to have sex; whereas sildenafil must be taken at least one hour before sex.

You should also take Viagra on an empty stomach.  If you have a large meal shortly before taking a pill, it will slow down the rate at which it takes effect.

In contrast, you can take tadalafil before or after eating.

The biggest difference between Viagra/sildenafil and Cialis/tadalafil is the amount of time their effects last.

Viagra remains effective for four to six hours, whereas tadalafil typically allows you to achieve erections for up to 36 hours after taking a tablet.

Although tadalafil lasts for up to 36 hours, this does not mean you will have an erection throughout that time – it should only happen when you are sexually stimulated

POTENTIAL SIDE EFFECTS OF TADALAFIL

When dogs were treated there was reduced sperm development in the testes. A reduction in sperm was seen in some men. These effects are unlikely to lead to a lack of fertility.

How the drug was born

Pfizer’s Viagra was originally intended as a heart medicine and was a happy accident that came out of drug trials when they discovered it gave men erections.

Tadalafil was created after the release of sildenafil. It too was not initially developed with erectile dysfunction in mind; it was first considered a treatment for angina and other cardiovascular illnesses in the early 1990.

Discovered by GlaxoSmithKline, it was developed into a pill by US manufacturer Eli Lilly & Company, and launched as Cialis in 2003.

Another version, Cialis Daily, which contains smaller doses of 2.5 and 5mg, but is designed to be taken once a day for better round-the-clock erectile function, was also released.

In 2011, the drug was also approved by the Food and Drug Administration for the treatment of enlarged prostate and where suitable, can be prescribed cases where both this condition and ED are present.

Now Eli Lilly’s patient has expired, the first stock in the UK will be produced by Teva Pharmaceutical Industries and Accord Healthcare.

A 2008 study published in the Pakistan Journal of Pharmaceutical Sciences found that the fact that tadalafil lasts longer gives men ‘more sexual freedom and therefore satisfaction’.