Though it may sound like something from science fiction, brain zapping — or neuro-electrostimulation, as it’s known — is already being used to treat a variety of ailments.

Researchers at Boston University recently reported that zapping the brains of older people could restore their thinking powers to those of someone in their 20s.

‘Neuro-electrostimulation makes sense because the brain is an organ that works by electrical impulses, and there are many different techniques that can alter the brain’s electrical activity, possibly for a therapeutic effect,’ says Dr Lucia Li, a neurologist and clinical lecturer at Imperial College London.

The brain-zapping treatment can be given via caps, headbands, or electrodes stuck to the scalp or even implanted in the brain.

Promising: Researchers at Boston University recently reported that zapping the brains of older people could restore their thinking powers to those of someone in their 20s

In some types of treatment, such as electroconvulsive therapy, used to treat severe depression, brain zapping is so powerful, patients have to be anaesthetised in case they hurt themselves.

In others, patients are given tiny doses of electricity they can barely feel. But how safe is the technique — and can it make a difference?

We asked leading experts what brain-zapping techniques are already making waves in clinics here and elsewhere . . .

Just 25 minutes’ brain zapping was enough to boost older people’s memory significantly, according to the research by Boston University.

A group of 42 people aged from 60 to 76 had low electrical currents delivered via a tight-fitting cap covered in electrodes. Afterwards, they had improved memory, with the effect lasting at least 50 minutes.

Although some patients reported slight tingling to begin with, this sensation gradually disappeared. This kind of electrostimulation via the scalp is known as transcranial electrical stimulation (TES).

HOW DOES IT HELP? Writing in the journal Nature Neuroscience, the researchers said this electric stimulation helped to return brainwaves in older people to a youthful, co-ordinated pattern that promotes better recall.

THE DOWNSIDES? Dr Li says it isn’t clear if this treatment can help for extended periods. ‘We have to figure that out before it can be developed into a routine treatment,’ she adds.

In 2013, researchers at Oxford University, who tested a similar technique on a group of older patients to improve their memory, found it reduced their ability to perform a task automatically.

Dr James Pickett, head of research at the Alzheimer’s Society, says: ‘This [latest U.S.] study is interesting because it suggests this non-invasive technique using electrical stimulation may improve the working memory of older people. However, the research didn’t look at whether this might also be helpful for people with dementia.’

IS IT AVAILABLE? No — the approach is still in the early experimental stages.

It’s thought migraines may be down to brain cells becoming too excited. One theory is that brain zapping can help calm them. Electric impulses may also block pain signals from the trigeminal nerve, which runs through the skull and is thought to be involved in migraine attacks.

In an innovative scheme at Guy’s and St Thomas’ Hospital in London, patients have been given handheld devices — offering so-called single pulse transcranial magnetic stimulation (s-TMS) — to use at home. 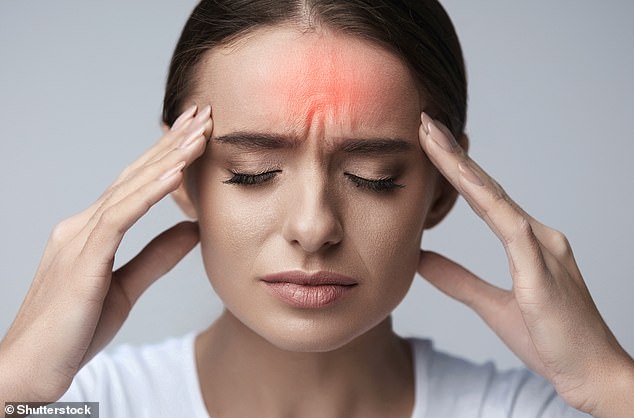 Did you know? It’s thought migraines may be down to brain cells becoming too excited. One theory is that brain zapping can help calm them

The device, the size of a portable radio, has magnets that send a single pulse of electricity through the skull at the touch of a button. Minor side-effects include tingling, lightheadedness and mild dizziness.

Another option for migraine is known as a transcutaneous supraorbital nerve stimulation (t-SNS) device — marketed as Cefaly. It delivers electrical pulses to the forehead via a headband — this interrupts pain signals carried through the trigeminal nerve. The device has received approval from the National Institute for Health and Care Excellence (NICE).

HOW DOES IT HELP? Una Farrell, of The Migraine Trust, says: ‘The s-TMS devices generate mild currents in the brain tissue that are believed to interrupt the brain activity associated with migraine. These tools work for people who have not responded to medication or who need to avoid taking drugs for other reasons.’

THE DOWNSIDES? They don’t work for everyone. Dr Anna Andreou, the director of headache research at Guy’s and St Thomas’ NHS Trust, says that 60 per cent of patients using the handheld s-TMS device see migraines cut by a third. The Cefaly device works for between 40 and 75 per cent of patients.

IS IT AVAILABLE? Guy’s and St Thomas’ is the sole NHS unit offering portable s-TMS to patients. ‘According to NICE guidelines, funding for s-TMS can be considered by a local health authority through an individual funding request,’ says Una Farrell. A Cefaly device costs around £350.

Electricity has been used for decades to alleviate severe depression. Once known as electric shock therapy — now renamed electroconvulsive therapy (ECT) — it involves attaching electrodes to the patient’s scalp and sending an electric current of around 800 milliamps through the brain to trigger a seizure.

‘We hear from some people that ECT has been very positive for them — but others would never do it again,’ says Stephen Buckley, head of information at the leading mental health charity Mind.

Multiple treatments — six to 12 sessions three times a week — are normally given. 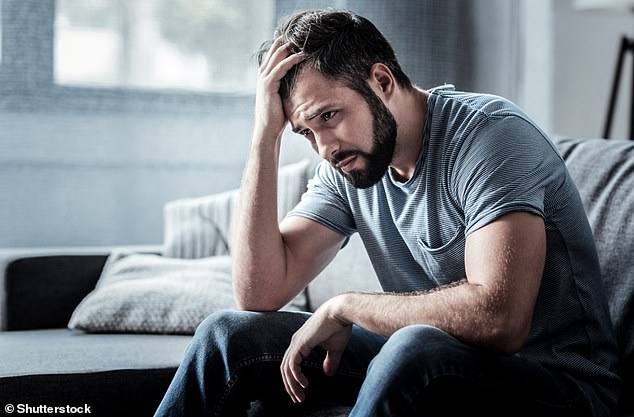 ECT: Once known as electric shock therapy it involves attaching electrodes to the patient’s scalp and sending a current of around 800 milliamps through the brain to trigger a seizure

A newer technique, called repetitive transcranial magnetic stimulation (rTMS), was approved by NICE in December 2015 as a way to treat severe depression and had ‘no major safety concerns’.

Here, an electric current is passed through a coil, in order to generate multiple magnetic pulses. These penetrate the scalp, inducing electrical changes within the brain cells.

HOW DOES IT HELP? With electroconvulsive therapy, the shocks may reset the brain by triggering mini seizures. The rTMS treatment is thought to create a jamming signal, which blocks feelings of low mood.

THE DOWNSIDES? Often, the effects of electroconvulsive therapy don’t last, and the treatment can’t address any life problems you may have or prevent future depression, says Stephen Buckley. Reported side-effects include physical discomfort, memory loss, headaches, dizziness and pain.

‘Meanwhile, rTMS is effective for some people who have not responded to antidepressants and talking therapies,’ says Professor Wendy Burn, the president of the Royal College of Psychiatrists. Rare side-effects of rTMS can include fainting and seizures.

IS IT AVAILABLE? ECT can be obtained on the NHS. However, rTMS is available only in a small number of NHS centres.

Deep brain stimulation, which involves an operation to implant electrodes that are connected to a pacemaker-like stimulator device within the brain, has been used to treat Parkinson’s disease for more than a decade.

It’s used mainly for people whose symptoms cannot be controlled with medication.

HOW DOES IT HELP? The technique delivers electrical stimulation to areas of the brain that control movement, blocking abnormal nerve signals that cause tremor and other motor symptoms of Parkinson’s.

‘It is about as effective as medication at controlling certain symptoms, but lasts longer,’ says Professor David Dexter, deputy director of research at Parkinson’s UK.

It’s thought it may help to protect the mitochondria — the energy ‘battery’ — in the cells, according to a recent study in The FASEB Journal.

THE DOWNSIDES? ‘Deep brain stimulation isn’t a cure, and people respond differently to the technique,’ says Professor Dexter. ‘Some may also have speech problems or confusion after surgery, though this usually resolves. Long term side-effects can include depression.’

IS IT AVAILABLE? Deep brain stimulation for Parkinson’s is available on the NHS.