In 1999, Everton were also in the relegation zone with six games to go but managed a great escape

He reminded his players of Sean Dyche’s declaration that Everton ‘don’t know how to win a game away from home’ when addressing them ahead of the match against Manchester United — a win which seems more vital than ever, given Burnley’s rehabilitation.

But with supporters planning a march of support on Goodison Road to lift the players as they arrive to face Chelsea on Sunday, the greatest source of inspiration is to be found in the story of the club’s extraordinary fight against the drop, in circumstances strikingly similar to this, 23 years ago.

Then, as now, they only hit the bottom three in April, with a defeat at Anfield contributing to the plunge. Then, as now, they couldn’t buy a goal despite a summer of substantial spending, as owner Peter Johnson tried to justify the sacking of Howard Kendall, the club’s most successful manager of all time. Then, as now, there were six games left to save themselves.

In 1999, Everton avoided the drop after winning four of their final six games in a thrilling finish 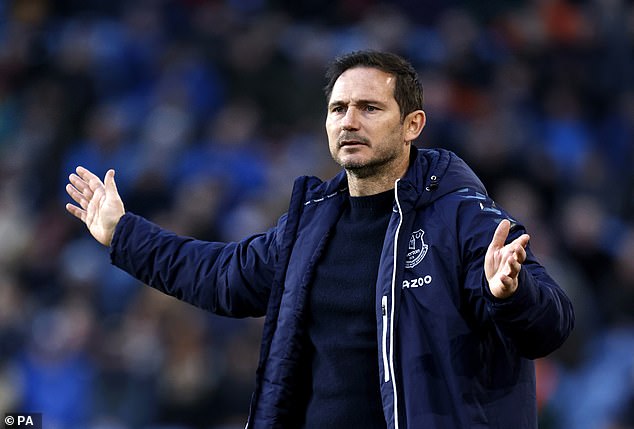 Frank Lampard’s side find themselves in an identical position, and the scenes of 23 years ago could be vital inspiration

Manager Walter Smith’s decision that March to sign Kevin Campbell, who had been suffering unspeakable racist abuse at Turkish side Trabzonspor, seemed inauspicious after his home debut against Sheffield Wednesday which Everton lost 2-1, to drop into the relegation places.

But Campbell struck up a pivotal partnership with the prodigious 18-year-old Francis Jeffers in which the pair scored 13 goals, secured four wins from five games and saw the team safe before the last day. Before spring was out, Jeffers had even been called up to Kevin Keegan’s England squad.

The secret to it all, Jeffers reflects, was stability. Setting out a plan and sticking to it. ‘The Sheffield Wednesday game was a disaster and I remember coming off the field after it, as a player and an Evertonian, thinking, “Oh my God, we’re not going to be OK here”,’ he tells Sportsmail.

‘But Walter didn’t change anything, despite all the clamour you get for change after a result like that. He trusted the plan. He maybe saw that Kevin and I did have a bit of an intuition — a sixth sense, really — and he stayed with that. 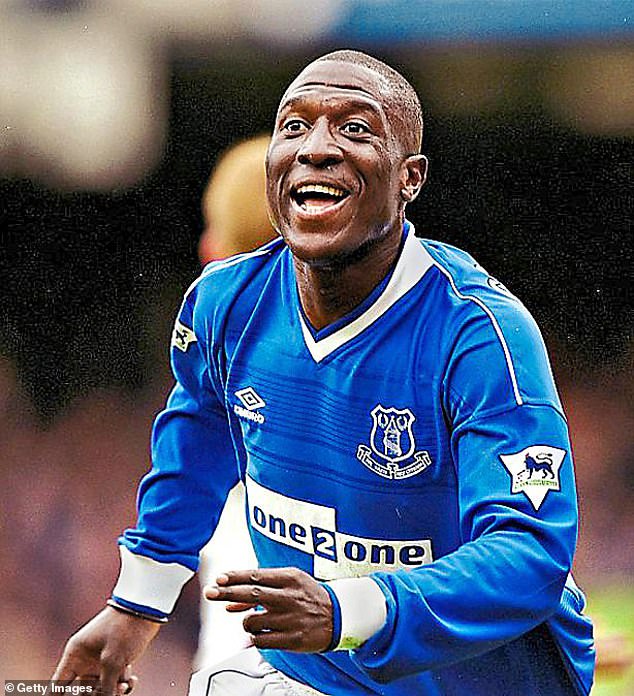 ‘By chopping and changing you can almost build pressure but he decided he’d fallen on something with us. It takes some balls, that. What happened next wasn’t luck.’

What happened next were home wins against Coventry and Charlton and a 3-1 victory at Newcastle, with Campbell netting twice in each. And then, after a setback at Chelsea, a 6-0 hammering of a West Ham side with Rio Ferdinand, Paolo Di Canio and Lampard in its ranks. Campbell, who had just become the first loanee to be named player of the month, scored a hat-trick.

Don Hutchison, who set up Campbell’s first with a defence-splitting pass, just as he had at St James’ Park, relates how the two of them had a system of ‘opposites’ going on. 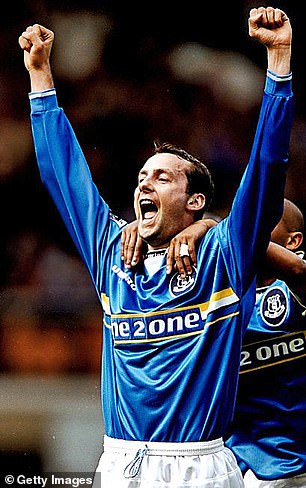 ‘We worked on it through repetition,’ he says. ‘If I saw him making to come short to feet, I knew he was going to spin off and get in behind. If he made to run behind, I knew he would check that run and come short. So much was dependent on Kev’s movement. You could see in his body language where he was going.’

Scott Gemmill, signed from Nottingham Forest on deadline day just six weeks earlier, remembers the sheer scale of support on the day of the West Ham game, where congestion outside Goodison Park forced a delayed kick-off.

‘Everton had the highest attendance in the Premier League that weekend and it felt like it,’ he says. ‘The sense of occasion, playing at home in front of those fans and to get the performance right, was a tipping point for me at Everton.’

Character and attitude were the most significant traits in that run of six games says Gemmill, who now coaches Scotland’s Under 21s. ‘It’s really hard for a team to start winning games all of a sudden when they haven’t been,’ he says. ‘I know that now and that’s why what happened back then was probably bigger than I realised at the time.

‘I took it all for granted at the time but now that I’ve coached for the last 10 years, I know you need players with attitude who are willing to do the work. We really had that.’

Everton also needed ice in their veins — and some of their players knew what this kind of jeopardy felt like as they’d survived on goal difference the previous season, with a draw against Coventry at Goodison on the last Sunday.

‘Everton is a demanding place, not always an easy place to play,’ says another former player from that time. ‘The city has an intensity and so many of the supporters are local and are part of that emotion.’

But Jeffers recalls Campbell’s extraordinary calmness in that crisis. ‘I felt it from the first time I met him in the corridor,’ he says. He saw the same characteristic in Smith. ‘He never changed. He never gave anything away, in terms of feeling pressure.’ Now, as then, Everton are desperately looking for a goal-scorer to materialise from somewhere. 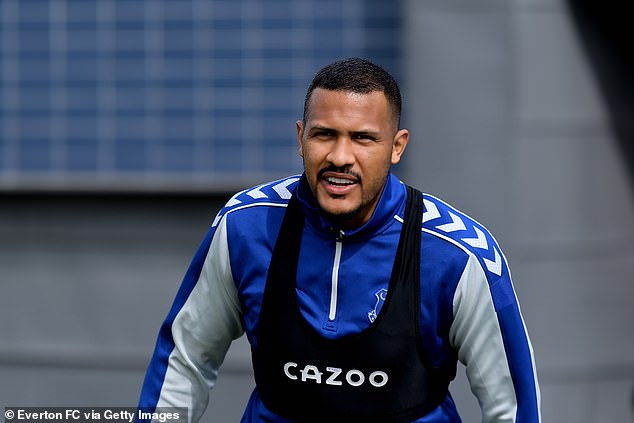 Jeffers feels that Salomon Rondon, the Rafa Benitez signing, could be that individual. Hutchison, an analyst for the Premier League’s match broadcasts, is not so sure about Rondon, though he shares Gemmill’s view that ‘charisma’ is critical to this fight.

‘It was a quality we had in 99,’ he says. ‘Defenders like David Unsworth, Craig Short.

‘Hand on heart, I don’t think Everton have enough at the back now, in the way we did then. If you were playing against them, your team-talk would be, “If you get a goal they will go under”.

‘That’s why getting Dominic Calvert-Lewin back and keeping Richarlison firing seems fundamental to all this.’

Everton have urged fans to ‘bring your banners, bring your flags, bring your voices’ to the Chelsea game and perhaps an unexpected source of salvation really is out there once more.

The former MP Lord Barry Jones asked the bishops in the House of Lords this week if they would use their ‘considerable influence to pray hard for my team Everton Football Club’. A Conservative peer replied. ‘I cannot speak for the Lord Spiritual,’ he said. ‘But I know prayers will be directed.’