In a new series about wealth, Brian Cox reveals money still haunts him

For those of you more used to seeing Brian Cox as the foul-mouthed billionaire media mogul Logan Roy in Sky’s hit drama Succession, his new two-part documentary will come as quite the surprise.

Because although Channel 5’s How The Other Half Live, which follows Brian as he embarks on a personal exploration of our complicated relationship with money and wealth, does see one Logan-esque outburst, for the most part the Scottish star is compassionate, thoughtful and – most surprisingly of all – a little bit scared of money.

Brian co-created the series because, after playing super-rich Logan for four years, he wanted to investigate the growing wealth gap across the world, particularly in his homeland and his adoptive country America.

The result takes him on a deeply personal journey that sees him go back to the Dundee home where his father met a premature death, leading to a childhood steeped in poverty after his mother had a breakdown, as well as visiting the super-rich playground of Miami and the soup kitchens of New York.

In his new Channel 5 series Brian Cox (pictured) explains how, despite enjoying success and its financial rewards for many years now, the fear of poverty is ingrained in him

Brian’s father was a shopkeeper with socialist leanings who used to allow customers to take goods and pay for them later. That generosity shaped the young Brian’s politics but caused a rift in his parents’ marriage because his mother, who believed charity began at home, would often criticise her husband for giving away money, which Brian says caused a ‘fissure’ in the family.

‘That was the sort of dilemma I grew up with – these extremes,’ he explains. ‘When my father passed away, my mother felt the most horrendous guilt that she’d been on his case a lot.

‘It was a problem for me having witnessed that, and then growing up in awful poverty after my father’s death. I say it was awful, I actually didn’t feel it in that way. My survival mechanism kicked in.’

In the most heartbreaking scene of the series, he recalls how as a child he’d care for his mother as she had electric shock treatment after her breakdown and couldn’t work. ‘There was only a widow’s pension, which she got on a Friday, but it would often run out on a Thursday,’ he recalls.

‘So I’d go to the fish and chip shop and ask if they had any scraps – the bits of batter at the bottom of the fryer – and take them home for us to eat.’ 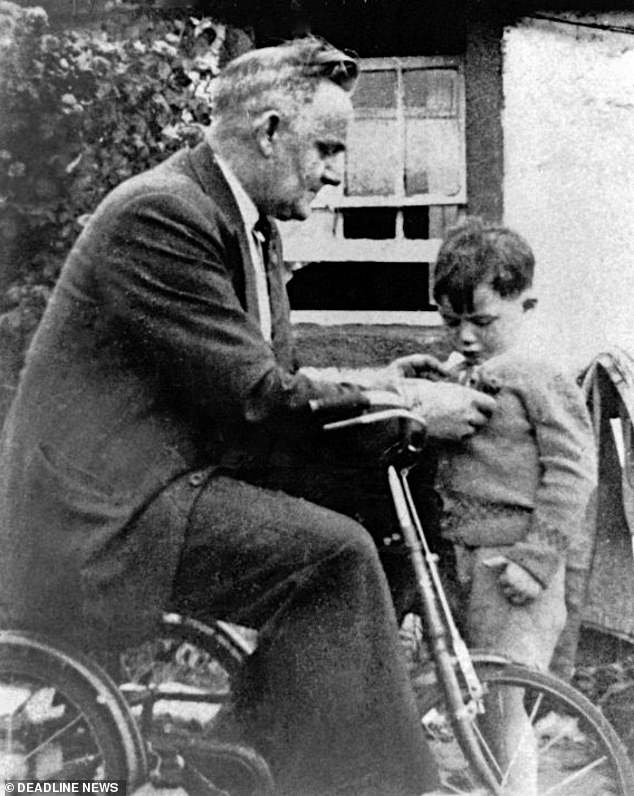 Pictured: Brian with his father, who was a shopkeeper with socialist leanings who used to allow customers to take goods and pay for them later – causing a huge rift between his parents

Brian, now 76, left home when he got a grant to study acting at renowned drama school LAMDA in London. But despite enjoying success and its financial rewards for many years now, the fear of poverty is ingrained in him.

‘I still have a fear that it’s all going to be taken away and I’ll end up in poverty again,’ he says. ‘As I’ve got older I’ve realised, “Oh my God, Brian, you got through that, but the Sword of Damocles is still hanging over you.”’

As well as the personal stories, Brian meets people at the extreme ends of the wealth spectrum and proves to be an empathetic interviewer, non-judgmental with the super-rich and gentle with the very poor. In America, homeless Tyrone has spent years sleeping on the subway, while Sam Logan is a scion of one of America’s wealthiest media dynasties.

Wealth is becoming more concentrated in the top one per cent, and the rest of the world is suffering

In Britain he visits mobile phone mogul John Caudwell, whose £250m mansion is the UK’s most valuable.

‘The rich people I met are not insensitive,’ he says. ‘Sam Logan’s family have been wealthy for a long time, but what’s interesting is you can see it’s difficult for these young people.

‘They feel they’re being attacked, and you can’t attack someone just because they’re wealthy. John even said he wants to give away 70 per cent of his wealth, although the other 30 per cent will be considerable!

‘We need a proper system. We had a welfare state that was second to none, and they’ve been battering it to b*****y for years.’ 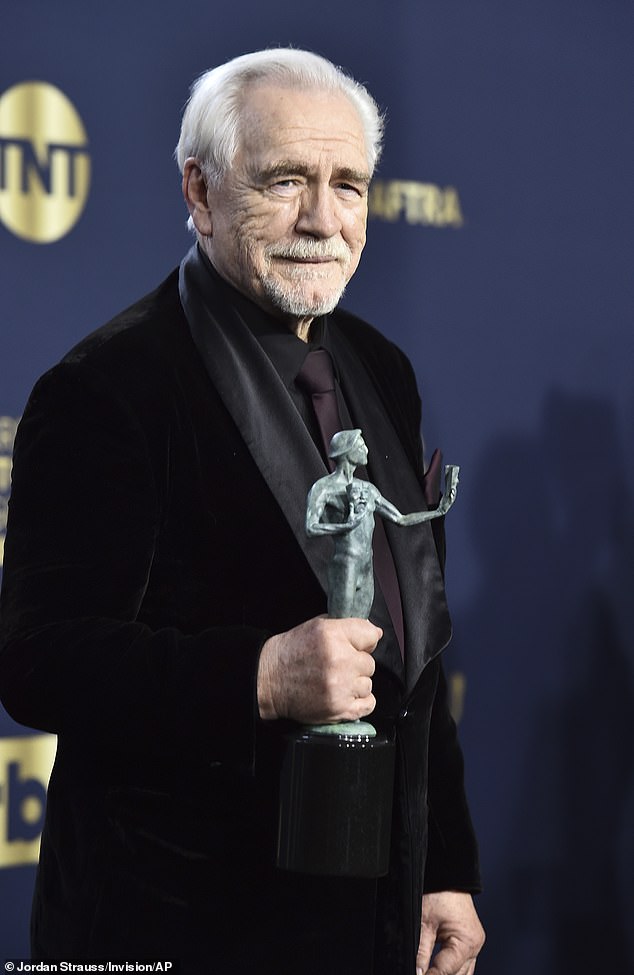 Although Brian has found success and fame as an actor, he struggles to let go of childhood memories

So far, so very unlike Logan Roy. But in one scene at a community larder in Dundee, where people can buy food cheaply rather than visiting food banks in an effort to maintain their dignity, Brian explodes with rage and questions whether he’s exploiting these people by filming them.

‘You’re desperately aware that you’re treading on people’s toes,’ he says. ‘Wealth is becoming more concentrated in that top one per cent and the rest of the world is suffering.

‘When you play one of the richest men in the world you live that life for nine months of the year where you’re in a kind of cocoon, and I feel there’s an inequity that needs to be dealt with. So this series comes very much from what I grew up with and what I saw, having been lower middle class and having a relatively happy childhood until my father passed away.

‘Many people don’t have the means by which they can achieve any kind of standard of living for themselves. Money is the tragedy of the world.’