‘In my head, it’s decided’: Dunga refuses to give away his team ahead of Brazil’s crunch clash as his squad train for Peru

‘In my head, it’s decided,’ said Dunga, but he wasn’t giving anything away. The coach has key selection decisions to make ahead of Sunday night’s clash with Peru.

Brazil romped to a 7-1 victory over Haiti in their previous Copa America Centenario game but are not safe as they head into their final group game.

After drawing 0-0 with Ecuador in their first fixture, Dunga’s team are joint top of Group B along with their next opponents, both on four points. 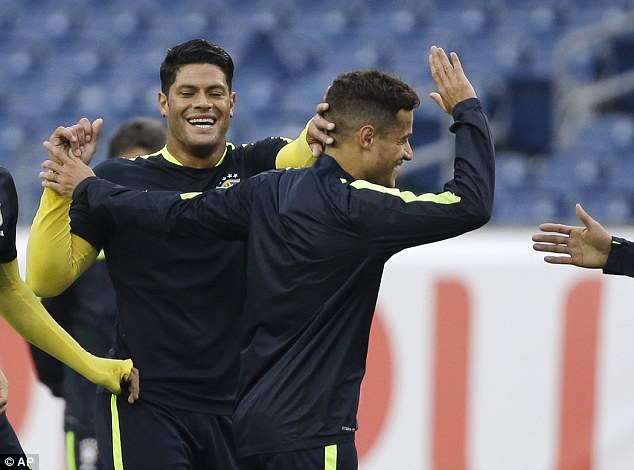 Liverpool midfielder Philip Coutinho and Hulk, left, share a joke in training ahead of the Copa America tie

Ecuador trail with two, having drawn against Brazil and Peru, but all three teams have the chance to qualify – or be eliminated – during the final pair of matches.

If Ecuador beat the already knocked-out Haiti as expected, who have no points, one of Brazil or Peru will be in danger of being knocked out, with a draw only beneficial to the latter if Ecuador’s winning margin is by a single goal.

Brazil will progress as long as they do not lose, thanks to that goal-difference boosting win against Haiti, although both they and Peru will know what they need to do before the game, as Ecuador player earlier in the evening. It is another example of the Copa America staggered kick-off times in the final round of group games being advantageous to the teams that play second.

Regardless of the situation, Dunga will be sending his men out with the job of winning the tie.

‘We have to respect our opponent, we know the quality of Peru. But we have quality too. We are going to work to find a better balance every game,’ said the coach before the game.

The biggest two line-up decisions for Brazil are who will start in place of the suspended Casemiro and if Gabriel ‘Gabigol’ Barbosa will replace Jonas up front. 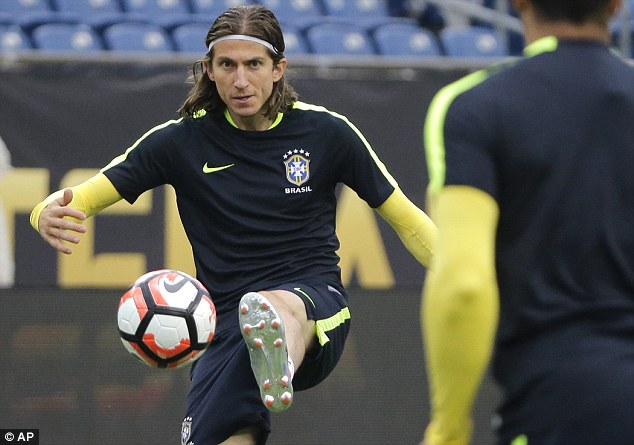 Santos’ starlet came on as a substitute and scored against Haiti, while the Benfica hitman who started the game was criticised for failing to find the net for the second Copa match running, although his actual performance was good.

Meanwhile, Gremio midfielder Walace is vying for a place with Lucas Lima to fill in for Real Madrid star Casemiro, who was booked twice in the first two games.

Walace is more of a natural replacement, being a defensive midfielder, but Lima could play in the No 10 role, with Renato Augusto to drop back and feature as a deep-lying playmaker.

Dunga’s more defensive instincts may encourage him to go with the former, rather than the latter, even though legend Rivaldo said he felt ‘great sadness’ when he saw Brazil play without a No 10 against Ecuador, Lima’s shirt number. 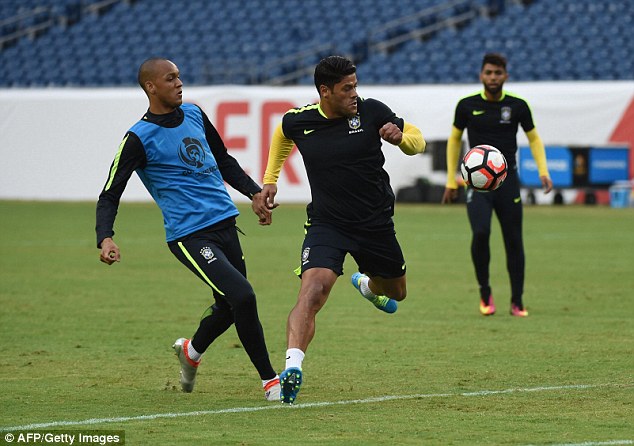 ‘He had character, was natural and played like an experienced player,’ said Dunga, of Walace, who may be chosen to combat Peru’s attacking presence.

Peru’s biggest threat is Paolo Guerrero, who scored against Haiti to become his nation’s all-time top goalscorer with 27 goals.

Filipe Luis spoke about the striker, saying: ‘Paolo is dangerous, he’s very strong and he fights with defenders.’ 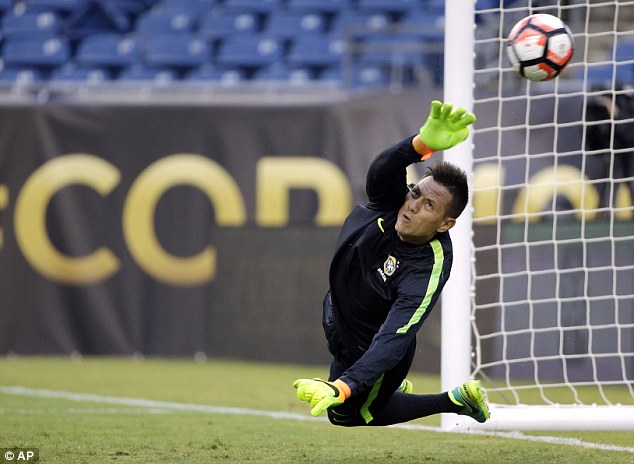 Brazil’s defensive line will have to be aware of the threat from Paolo Guerrero, Peru’s record goalscorer

He also recalled the clash with Peru in last year’s tournament, which Dunga’s team won 2-1. ‘It was a very difficult match, where they scored very early. [This] will not be an easy game.’

The Atletico Madrid left-back was, however, pleased with how Brazil’s tournament was coming together.

He added: ‘There are a lot of players here for first time. They had never played together. Every day we get to know each other better on the field. Personally I think the team is growing up and getting better.’