In Vitro Fertilization – 6 Things You Should Know 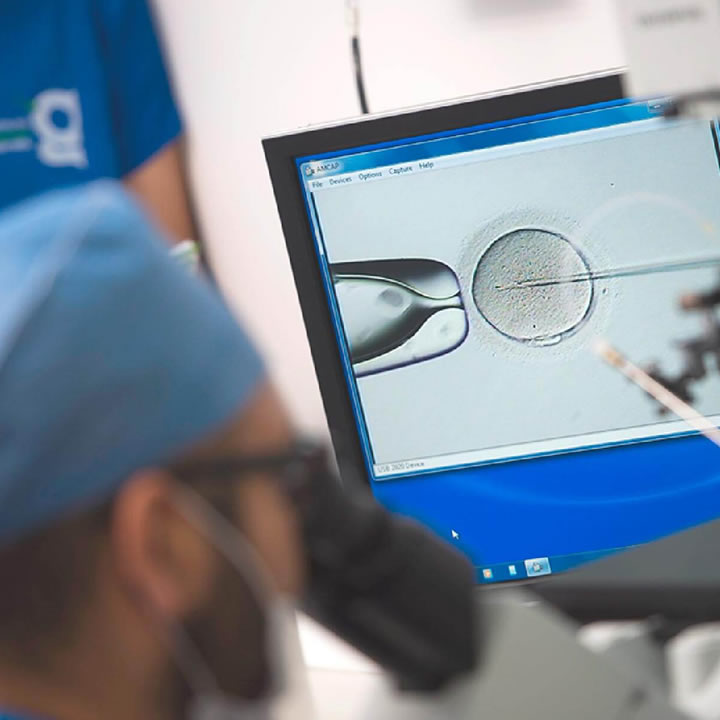 In Vitro Fertilization (also known as IVF) is the process of separating eggs and sperm and mixing them in a laboratory. The fertilized embryo is inserted in the uterus of the aspiring parent if the process is successful (or a gestational surrogate).

It is a viable choice for those who are experiencing infertility due to medical problems or who need to conceive using donor eggs or sperm. It may also benefit people with genetic disorders or who choose to freeze and store their embryos for a potential pregnancy. Since 1978, this form of Assisted Reproductive Technology (ART) has been used.

In this article, Dr Hrishikesh Pai who is working with one of the best IVF centres in Mumbai will share 6 facts that you should know if you are planning to opt for IVF treatment.

Infertility is a common problem

Infertility affects approximately one out of every six couples. Infertility is caused by the woman 40% of the time and the man 40% of the time, with 20% resulting from a mixture of both. IVF is used by about 5% of infertile couples to help them conceive. Same-sex couples, single mothers, those carrying a genetic disorder, and those making a savior sibling are among the fertile people who seek IVF for other reasons. Bloom IVF is one of the best IVF centers in Mumbai which provides the best in class treatment with a high success rate. The cost of IVF in Bloom IVF Centre is also pocket-friendly.

When eggs are expelled from a woman’s ovaries, fertilized outside the body, and then substituted within the womb, this is known as in-vitro fertilization or IVF. The procedure will take a long time since the woman’s body is usually stimulated in order to collect eggs. This may include taking medication and visiting the clinic for scans/check-ups for several weeks prior to the egg collection. Patients must return to the clinic for the embryo to be transferred after the operation, which normally takes less than an hour, before returning for a pregnancy blood test. This suggests that the whole recovery process could take up to 4-5 weeks. However, there are some recovery options that are less time-consuming, as mentioned below.

Age is a factor

When it comes to fertility treatments, the earlier they are started, the higher the chances of success. Fertility declines in women around the age of 35 and accelerates into the 30s and 40s. This suggests that it is much more difficult to conceive by the early 40s, and there is a much lower risk of treatment success by 45. This is because the amount and quality of eggs in the ovaries have decreased over time.

While men’s fertility is more stable, it does decline over time as testosterone levels fall, resulting in less sperm being produced. Men’s sperm, like women’s, develop mutations over time, resulting in a progressive decrease in both quality and quantity. There’s always hope for older patients, but if you’re thinking about beginning fertility treatment, you can do it sooner rather than later.

You may need more than one treatment session

IVF has a success rate of about 35% on average, which means that most patients would need multiple therapies before having a successful pregnancy. Success rates are constantly improving as new methods are introduced and fine-tuned, but only by small amounts. It’s important to remember that when you undergo fertility treatment, you’re beginning a course of treatment, not just one or two treatment cycles.

This helps you to emotionally plan for the possibility of multiple treatments being needed. You should ask your doctor for an estimate of progress in a single cycle as well as over the course of treatment. It’s worth noting that a recent study found that the likelihood of success rises as the number of IVF cycles increases, with 65 percent of women conceiving after six cycles of treatment.

Frozen is just as good as fresh

According to recent research, frozen eggs and embryos are as viable as fresh ones. Embryos are preferable to eggs for freezing because they are more durable and more likely to withstand thawing. It has been estimated that a woman under the age of 35 who freezes 12 eggs has a 50% chance of raising a child using these eggs via fertility treatment. Most of the IVF centers in Mumbai use frozen eggs & embryos for better results.

If you use IVF, you’re more likely to have multiple pregnancies

Fertility therapy is well proven to increase the chances of multiple pregnancies. Despite the media attention, quadruplets and higher-order multiples are rarely the product of IVF. Instead, they’re commonly caused by a combination of high-dose fertility medications and intrauterine insemination (IUI). Twins and triplets, on the other hand, are more popular with IVF, with the chance of multiple births increasing from 3% with natural conception to 33% with IVF. This is due to the fact that multiple embryos can be implanted in the womb to increase the likelihood of a successful pregnancy.