A man who can’t find a girlfriend and punishes women who don’t want to date him by posing as a male model on dating apps to catfish can be seen hurling abuse at  one of his victims in shocking footage.

The unnamed individual from the US, who calls himself ‘Catfish Man’, sees himself as a ‘hero’ of the incel or ‘involuntary celibate’ community, who blame women for their inability to form relationships or have sex, and often target them with misogynistic abuse.

Footage of Catfish Man was shown on the recent BBC3 series ‘Inside The Secret World Of Incels’, showing him chasing her out of a restaurant and calling her a ‘f*****g fat a** b***h’.

The subculture has been linked to many crimes against women, most notably the case of Elliot Rodgers, who is believed to have killed six people in Santa Barbara in 2014 because he was frustrated that he was still a virgin at age 22.

And now former community member Jack Peterson has told ABC News that he had to quite the Incel world because of the violence and aggression.

In the BBC3 show, Catfish Man revealed that he considers himself a ‘legend’ in the Incel community, thanks to deceiving women he meets on dating apps.

The Incel would often film his encounters before posting them to his YouTube channel, which has now been shut down.

The video showed in the documentary showed him approaching one of the women he’d arranged to meet in a restaurant, and asking: ‘Excuse me, you’re looking for the male model right?’

The women then muttered ‘oh hell no’ and immediately left the restaurant, after realising her date was not the male model he claimed to be on his dating profile. 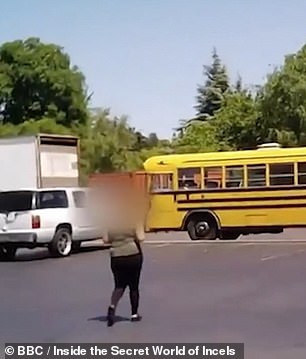 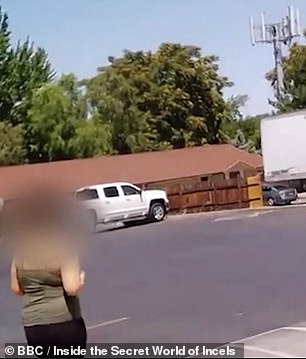 The victim was forced to flee the restaurant and threatened to call the police when the man followed her into the car park, insisting ‘I’m not going anywhere’

After following her outside the restaurant, the man shouted: ‘You’re so ugly.  What, you think you deserve him? You f*****g fat a** b***h. You got catfished.

‘Because he’s good looking and you wanna get down with him. You want him to lick your p****’.

When the woman threatened to call the police, the man responded: ‘Do it, I’m just talking… You’re mad cos you got catfished b***c.

What is an Incel?

‘Incel’ stands for ‘involuntary celibate’ and is a term used by a certain group of men who blame their inability to form relationships and have sex on women.

Incel groups have been accused of inciting violence and misogyny online and numerous communities and subreddits have been banned over their content.

A cryptic Facebook message posted by Toronto suspect Alek Minassian just before the incident suggested he was part of an online community angry over their inability to form relationships with the opposite sex.

The now-deleted post saluted Elliot Rodger, a community college student who killed six people and wounded 13 in shooting and stabbing attacks near the University of California, Santa Barbara, in 2014. 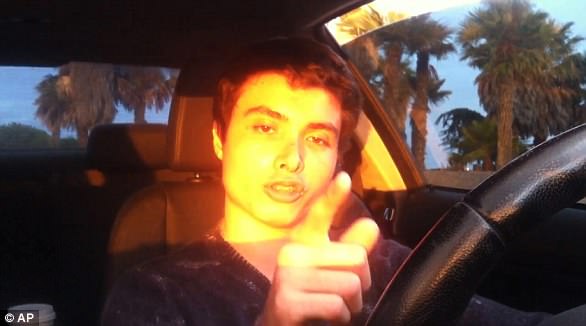 In 2014, Elliot Rodger killed six people and wounded 13 in shooting and stabbing attacks near the University of California, Santa Barbara

Calling Rodger ‘the Supreme Gentleman’, the Facebook post declared: ‘The Incel Rebellion has already begun! We will overthrow all the Chads and Stacys!’

The reference to the term ‘incel’, meaning involuntarily celibate, was a term used by Rodger in online posts raging at women for rejecting him romantically.

The anti-women sentiment also recalled Canada’s 1989 massacre at the Ecole Polytechnique, an engineering college in Montreal, when 25-year-old Marc Lepine entered a classroom.

He then separated the men from the women, told the men to leave and opened fire, killing 14 women before killing himself.

In a suicide note, he blamed feminists for ruining his life.

The Incel, who confessed he thrives off the ‘adrenaline’ he gains from humiliating women, went on to claim that his actions were ‘retribution’.

The man said he was getting revenge against those who had rejected him in the past, and feels it’s ‘not fair’ when females refuse his sexual advances.

Defending his behavior, he said: ‘It just seems like it’s not fair, you know just because the guy’s good looking, she’s willing to have sex with a guy. 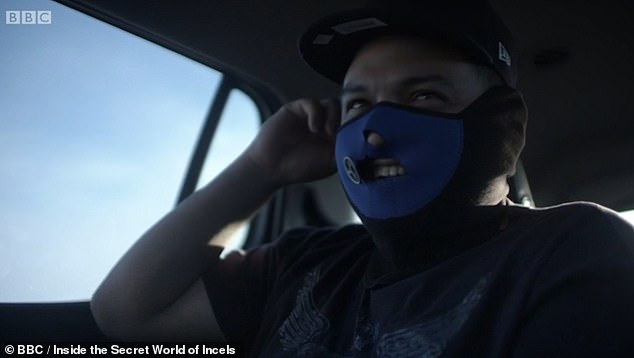 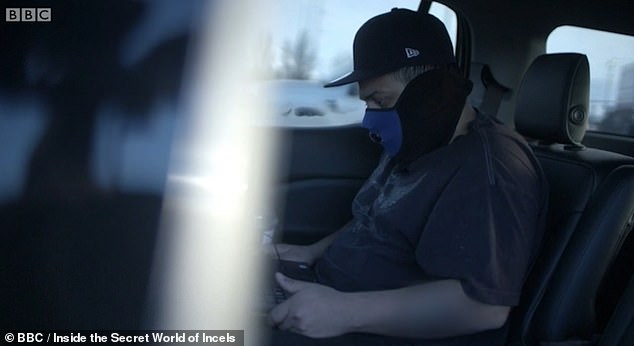 The individual often catfished women and shared videos of their encounters on his YouTube channel, which has now been shut down

The subculture has been linked to many crimes against women, most notably the case of Elliot Rodgers, who is believed to have killed six people in Santa Barbara in 2014 because he was frustrated that he was still a virgin at age 22.

Reflecting on the violent nature of Incels, Jack Peterson, a former member of the community, has opened up about his experience revealing that many men flock to the online subculture as a place to feel less alone.

‘The community is a place for them to congregate and actually find someone to talk to for once rather than just stay in isolation.’

Jack went on to explain that it was the aggressive nature of Incels online, which has previously attracted the attention of the FBI, that convinced him to leave the group for good.

Speaking to ABC News, he said: ‘I know on numerous occasions there would be communication with the FBI.

‘To make sure that nothing actually crosses into reality, that it just stays a post on an imageboard or on a website.

‘I didn’t want to be a part of a community that supports violence even if it’s in a joking way’.