Jean-Claude Juncker today denied briefing against Theresa May after leaks suggested he branded her ‘tormented’ after a secretive Brussels dinner.

The EU Commission President claimed to be ‘surprised’ at the leaks which emerged in the German papers yesterday.

He told the BBC today the Prime Minister had been in ‘good shape’ at last Monday night’s dinner, saying Mrs May was ‘not tired’ but instead ‘fighting’ for the British interest.

Mr Juncker denied Mrs May had been pleading with him, insisting ‘that’s not the style of British prime ministers’.

The leaks to a German paper claimed Mr Juncker found Mrs May to be ‘despondent and discouraged’ with ‘deep rings’ beneath her eyes.

Mr Selmayr denied being to blame and insisted the account was untrue today as the explosive new diplomatic row unfolded.

Downing Street refused to deny the reports, insisting it had no comment to make. Mrs May’s spokesman instead highlighted Mr Selmayr’s denial.

Theresa May was deep in conversation on the phone when she arrived at Downing Street today. She ids facing fresh Brexit turmoil after details of her dinner with Jean-Claude Juncker in Brussels last week were leaked to the German press 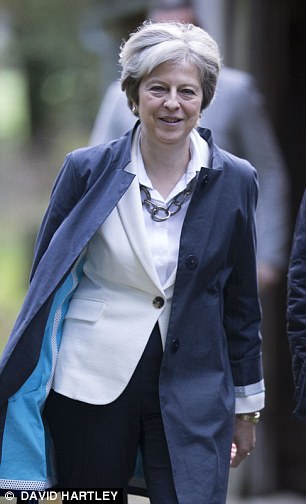 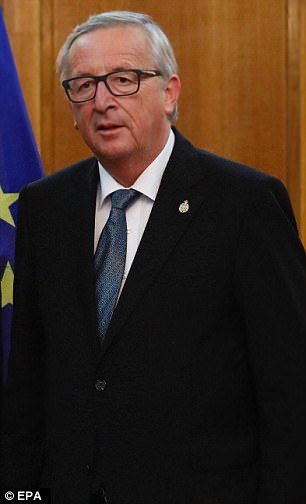 Speaking to the BBC today, Mr Juncker said: ‘I am really surprised – if not shocked – about what has been written in the German press. And of course repeated by the British press.

‘Nothing is true in all of this.

‘I had an excellent working dinner with Theresa May. She was in good shape, she was not tired, she was fighting as is her duty so everything for me was OK.’

The leaks echo similar disclosures made to the German press after a dinner between Mrs May and Mr Juncker in Downing Street.

On that occasion, a furious Prime Minster stormed out of No 10 to denounce the European Commission for interfering in her snap election campaign.

And later in the week, at the European Council summit, EU leaders said they would begin scoping work on future trade talks while making clear to Mrs May that she must make more concessions on Britain’s divorce payment for negotiations to progress. 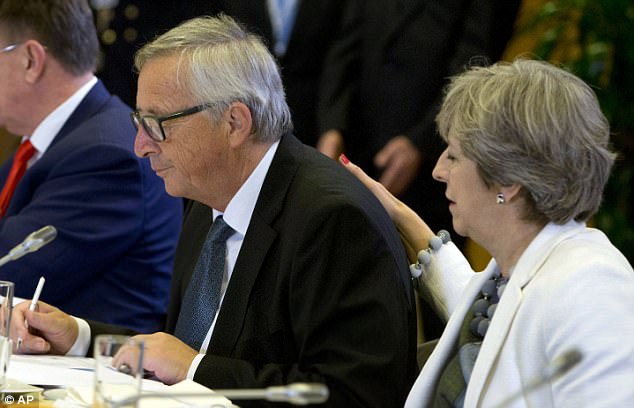 Mr Juncker and Mrs May (pictured together at the EU summit on Friday) met for dinner last Monday night to try and break the Brexit deadlock. An account of the meeting has leaked 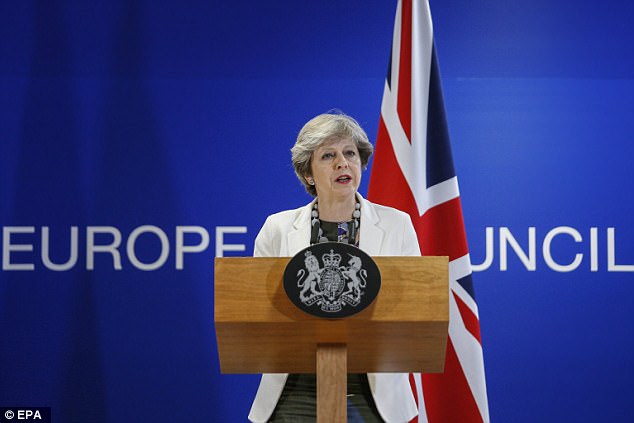 The leaks claim Mr Juncker found Mrs May (pictured during her EU summit press conference on Friday) to be ‘despondent and discouraged’ with ‘deep rings’ beneath her eyes.

His account – written from Mr Juncker’s perspective – said: ‘She looks like someone who does not sleep for nights on end. 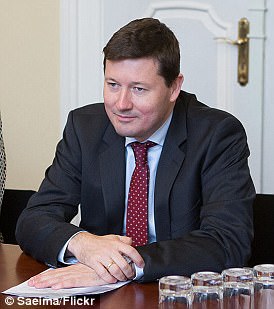 Jean-Claude Juncker’s chief of staff Martin Selmayr is known by many names in Brussels.

A feared fixer at the European Commission, the German lawyer has been dubbed Rasputin, the Monster and even Darth Vader.

As chief of staff to the European Commission President he is a key player negotiating the talks and was one of just four people at last week’s dinner with Juncker and Theresa May.

Selmayr was blamed for incendiary leaks in the spring that threatened to blow up the Brexit talks before they really began.

He has denied involvement in today’s leak.

‘She rarely laughs, though clearly, she has to for the photographers. But it looks forced.

‘Previously, May could literally pour out laughter — her whole body shaking. Now she has to use her utmost strength to avoid losing her composure.’

The story says the dinner was planned at the ‘last minute’ by Mrs May – in defiance of No 10’s earlier claims it had been scheduled for several weeks.

German Chancellor Angela Merkel’s office was said to have told Mrs May ‘dryly’ that ‘Brexit was not wanted and could not solve the problems of the British’ for the Prime Minister.

Mr Timothy, who worked for Mrs May at the time of the previous leak, today said the new disclosure showed there are figures in Brussels who want Britain to leave the EU with either no deal or on terms which would punish the country for Brexit.

He tweeted: ‘After constructive Council meeting, Selmayr does this. Reminder that some in Brussels want no deal or a punitive one.’

But Mr Selmayr responded with his own tweet: ‘This is false. I know it does’t fit your cliche, @NickJTimothy. But @JunckerEU & I have no interest in weakening PM.

‘But it seems some have interest in undermining constructive relations @JunckerEU & PM May. Who? is the real question.’

He denied being behind the leak or that Mr Juncker ever made the comments about Mrs May’s emotional sate.

He also dismissed the suggestion the EU was being ‘punitive’ and claimed it was an attempt to frame the EU side of the negotiations and ‘undermine talks’. 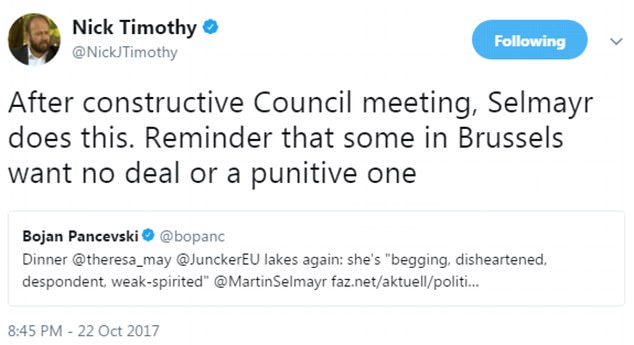 The extraordinary claims were condemned today by Nick Timothy, Mrs May’s ex-chief of staff, who named Mr Juncker’s top aide Martin Selmayr as the leaker in a tweet (pictured)

Mr Selmayr, chief of staff to Mr Juncker, denied being the leaker (pictured) and claimed Mr Timothy wanted to make the facts fit his ‘cliche’

Asked about the report today, Mrs May’s official spokesman said: ‘I have no comment on it whatsoever.

‘One of the people who was present has denied this morning Jean-Claude Juncker ever said it.’

The European Commission spokesman said he would not enter into a ‘game’ with reporters when he was asked to make clear that Brussels did not believe the UK Government was attempting to undermine the EU negotiating position.

The spokesman said: ‘I will not say a word beyond what I said on the issues we discussed. If we have to say something we do, we don’t need to be probed.’ 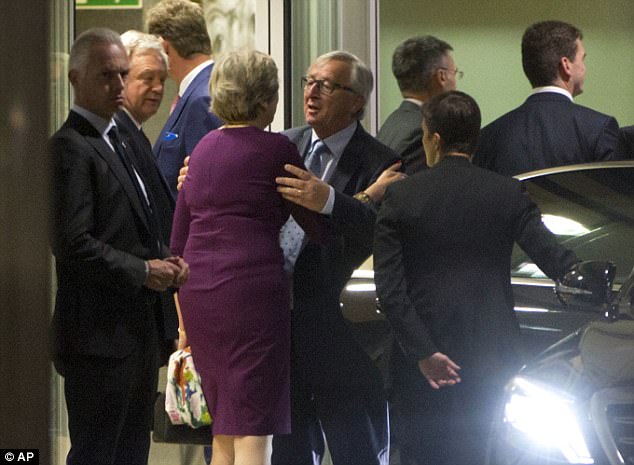 A joint statement between Mrs May and Mr Juncker raised hopes of a new breakthrough in the talks. A new account of the dinner has now leaked into German papers