Does this fill you with a cold dread? Incredible footage shows a daredevil dressed only in shorts swimming under blocks of ice in the Arctic

The thought of diving into ice-filled waters would fill most people with a cold dread.

But Norwegian Arne Haugland isn’t ‘most people’ – he jumps into the ice-filled Arctic waters of Longyearbyen on the Svalbard archipelago ‘one to three times a week’ – dressed only in swimming shorts.

Videos of him hopping along great big blocks of ice, then diving in, swimming under them, and popping out the other side – and crashing through ice on the surface – have gone viral on Instagram, with tens of thousands of views. 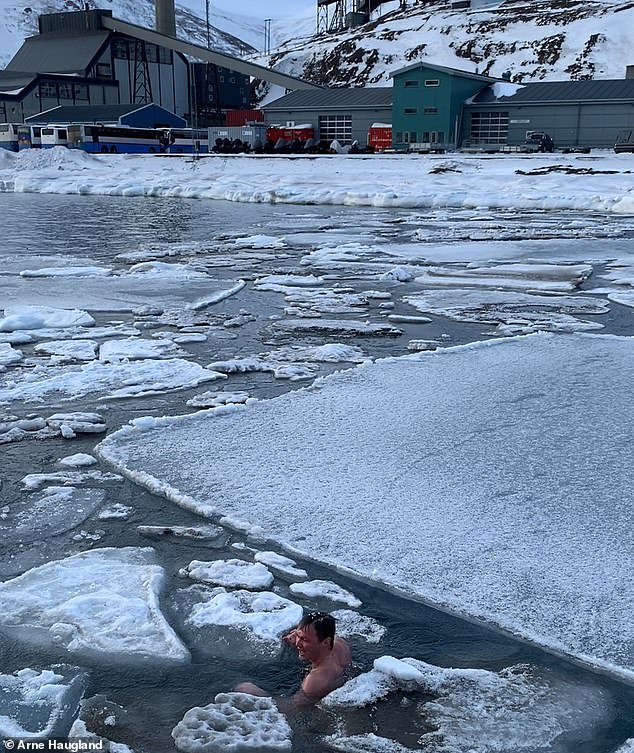 Viewers’ reactions have not really deviated from shock and awe, unsurprisingly.

But Arne told MailOnline Travel that it’s ‘more fun than scary’ and that he feels ‘really good’ afterwards. The frigid dips, which last between a few seconds and a minute, help him relax, apparently.

However, he warned anyone who fancied trying ice swimming first to get used to splashing about in cold water.

The 29-year-old, who lives on Svalbard and works as a ‘travel designer’ for Basecamp Explorer, said: ‘You don’t need any training to swim in cold water, just someone with you. 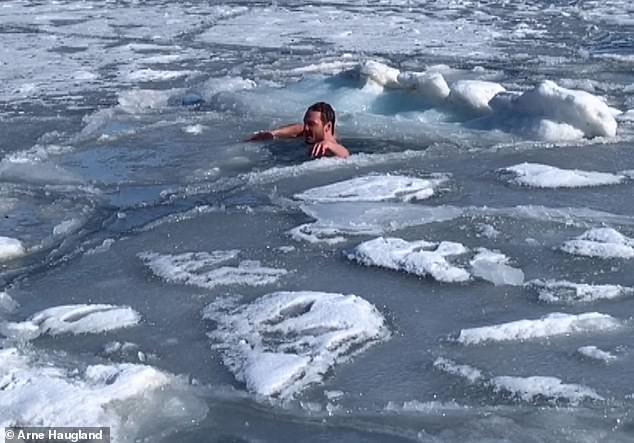 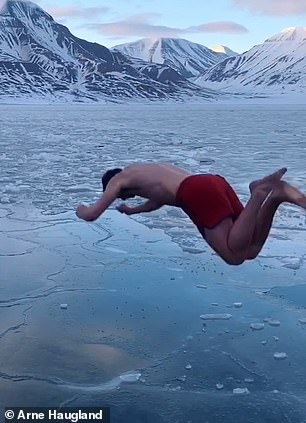 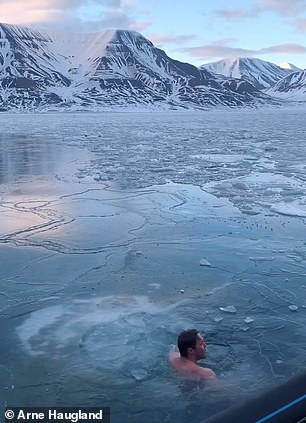 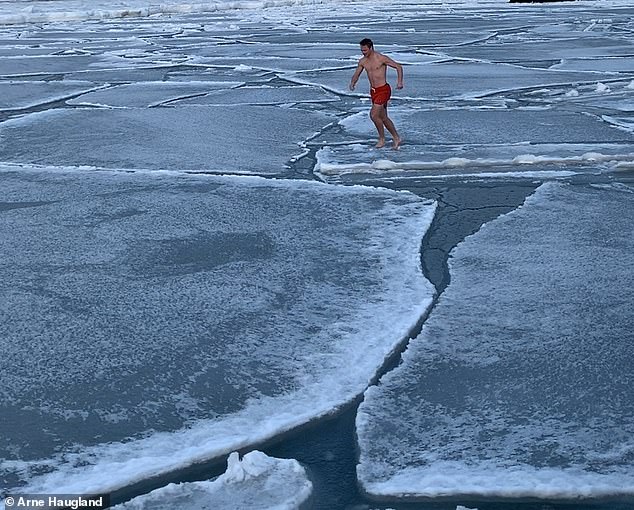 ‘To swim under the ice I do recommend that you do some training. First, get used to cold water. Then dive down on the side of the ice or up and down the same hole so you can see how everything is from under the ice.’

His viral videos were filmed in April, but now the ice has melted Arne is turning his attention to other ‘crazy stuff’.

He added: ‘Now most of the ice is gone it will be a lot of death diving [diving with the arms and legs spread out in an X-formation and holding the pose for as long as possible], cliff jumping and hopefully skydiving.

‘The next week I will go on a road trip on the west coast of Norway with some friends to do more crazy stuff.’

To see more of Arne’s antics, visit his Instagram page.