The US Naval Institute shared incredible footage of the observance that took place on the flight deck.

The crew members stood in formation and spelled out GHWB 41 in honor of his initials and number in the US presidential lineup.

Bush served in the Navy from 1942 to 1945 during the Second World War. He flew torpedo bombers from the USS San Jacinto during his time in active duty, according to the official website of USS George H.W. Bush.

Sailors on the USS George H.W. Bush (CVN-77) held a flashlight vigil on the flight deck of the ship to celebrate the life of the ship’s namesake 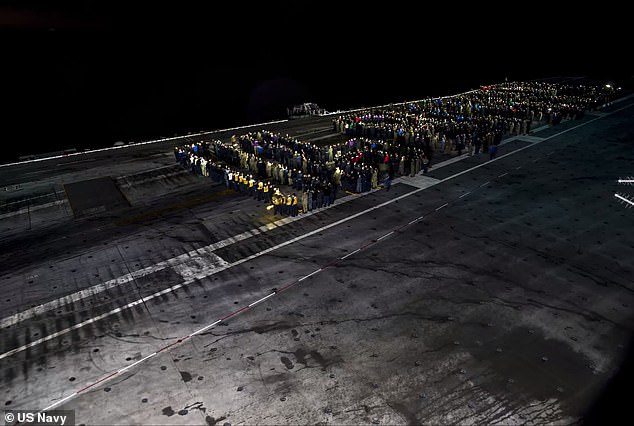 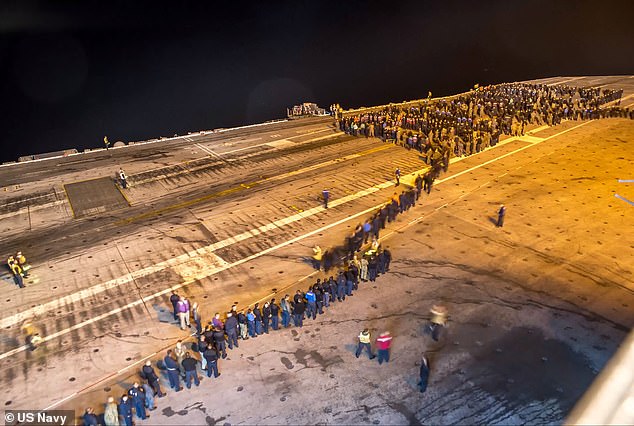 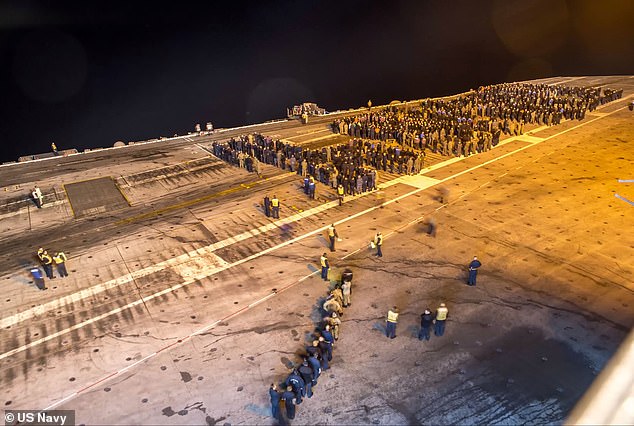 Long before he was President, Bush was one of the youngest Naval Aviators during World War II. He flew dozens of combat missions and his service brought him to Hampton Roads

In September 1944, his plane was ‘hit by anti-aircraft fire while making a bombing run over the Bonin Island of Chichi Jima, 600 miles south of Japan.’

He website reported: ‘Although the plane was afire and severely damaged, he completed his strafing run on the targeted Japanese installation before flying towards sea to bail out.

‘Mr. Bush was able to bail out successfully and was rescued by a Navy submarine, the USS Finback.

‘Tragically, his two crew members were killed. For his courageous service in the Pacific Theater, Mr. Bush was awarded the Distinguished Flying Cross and three Air Medals.’

Bush’s casket arrived Wednesday to the St. Martin’s Episcopal Church in Texas where he will lie in repose overnight. 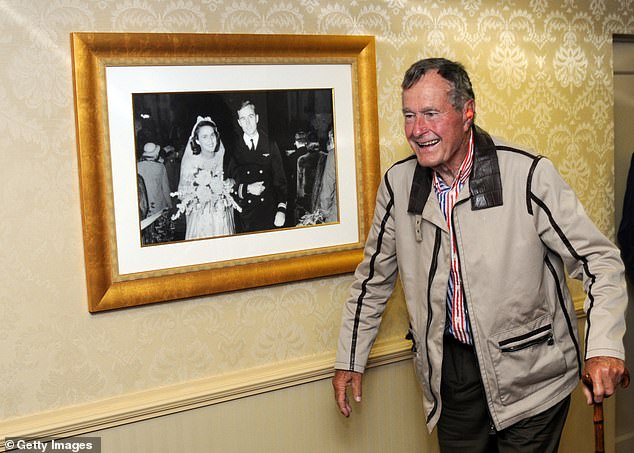 In this handout image provided by the U.S. Navy, former President George H.W. Bush walks past a portrait of himself and wife Barbara aboard the aircraft carrier that bears his name, USS George H.W. Bush in July 2010 in the Atlantic Ocean 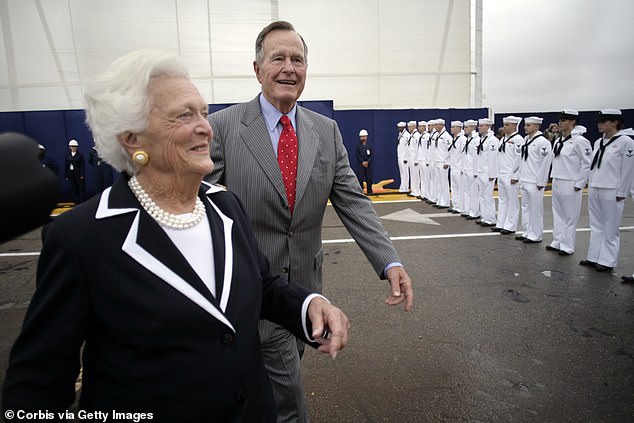 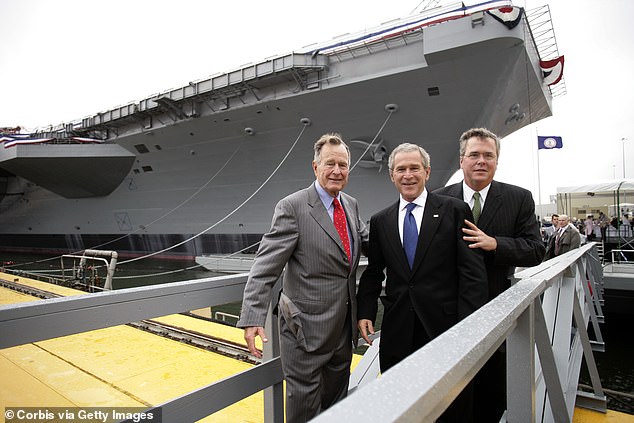 Wednesday night’s music included the opening notes of Hail to the Chief.

Bush’s body was flown by Air Force One to Houston’s Ellington Air Field following a state funeral service at the Washington National Cathedral in Washington, DC.

The same military aircraft, nicknamed Special Air Mission 41 in honor of the 41st president, had taken his body to Washington on Monday to lie in state at the Capitol.

Mourners gathered at the airport to pay their respects to Bush as a black hearse waited for the flag-draped casket on the tarmac.

While Bush’s casket was escorted from the aircraft to the hearse, former President George W. Bush, his wife Laura, and several other family members trailed behind.

A motorcade then drove 45 minutes to St. Martin’s Episcopal Church where about 1,200 mourners are expected to attend the service at the church on Thursday morning. 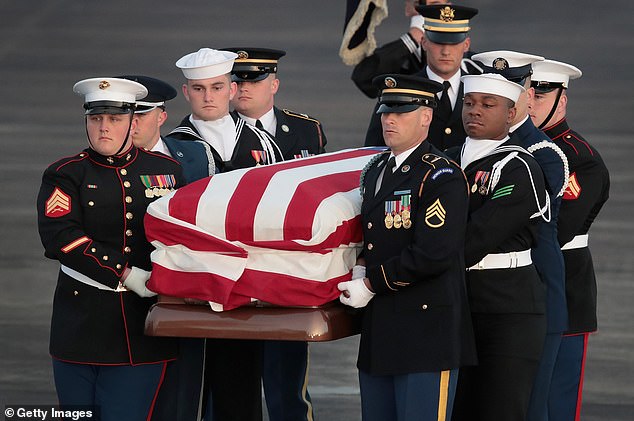 The remains of President George H.W. Bush arrive at Ellington Field after lying in state in Washington D. C. on Wednesday in Houston